Proudly over the top in his villainy, Abubakar Shekau told the world he has the girls. Dressed in fatigues, with a rifle slung across his chest and masked men at his sides, the head of the Islamic terrorist group Boko Haram took a few weeks — allowing the horror and international outrage to build — before claiming credit for what most already assumed: He and his followers are responsible for the abduction of more than 200 young women from a school in Nigeria last month.

“I will sell them in the market, by Allah. I will marry off a woman at the age of 12. I will marry off a girl at the age of nine,” said Shekau in an hourlong video statement yesterday. Their crime was pursuing an education (boko haram translates roughly to “Western education is a sin”). Women, he said, “should go and marry. Stupid people. Talking about human rights and democracy. Nonsense.” The world is finally listening, in horror.

Known for carrying out hundreds of attacks in recent years, Boko Haram has employed just about every known terror tactic in its effort to wipe out Western influence in Nigeria and impose Sharia law: rape, murder, kidnapping, suicide bombings, child soldiers, and more since its founding in 2002, according to Human Rights Watch. But the worst of it has come since 2009, when Shekau took over.

Shekau is thought to have been born in a town between Niger and Nigeria in the 1970s, making him somewhere between his mid-30s and mid-40s. Profiled by the BBC last year, he was called “a fearless loner, a complex, paradoxical man — part intellectual, part gangster.” 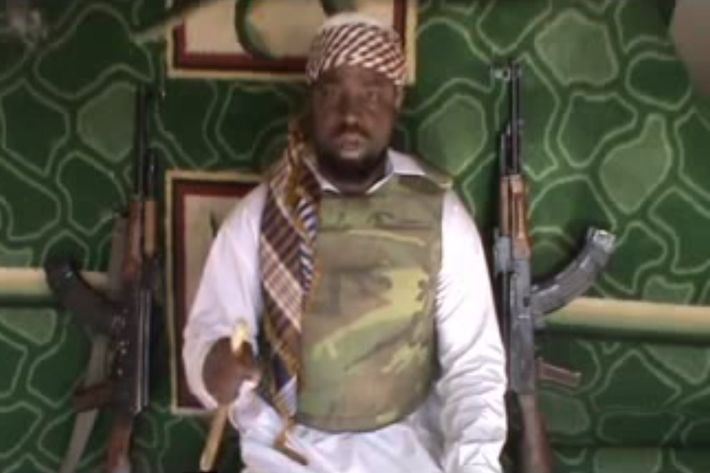 “He hardly talks, he is fearless,” said Ahmed Salkida, a local journalist with access to Boko Haram. “He has a photographic memory and is well versed in theology,” said Salkida, but does not speak English. “I used to joke with him that he should teach me Arabic and I would teach him English.”

Shekau goes by the nickname “Darul Tawheed,” or “specialist in Tawheed,” the “orthodox doctrine of the uniqueness and oneness of Allah.” First, though, he was a follower.

Founded by the cleric Mohammed Yusuf, the radical group — “Jama’atu Ahlis Sunna Lidda’awati wal-Jihad,” or “People Committed to the Propagation of the Prophet’s Teachings and Jihad” for long, but nicknamed Boko Haram locally — formed camps and schools in the early aughts. But when Yusuf died in a government crackdown, along with many others, the Nigerian government assumed Shekau was among them. France 24 reports:

A rather low-key figure, Shekau first appeared on the radar of security circles in July 2010, when he claimed leadership of the Boko Haram group in a videotaped interview with a local Nigerian journalist.

It was a sort of “Lazarus moment” that Western counter-terror experts occasionally experience, when they discover that a militant taken for dead is actually well and truly alive.

Shekau reportedly married one of Yusuf’s four wives for “purity,” and called for an escalation to Boko Haram’s fight. “Why is he so violent? I think because Shekau was almost killed,” said Martin Ewi, a senior researcher at the Institute for Security Studies. “Imagine coming back from the dead. He knows he doesn’t have a second chance if he’s caught by the security forces. He was in the mouth of the crocodile, now he’s coming back to kill the crocodile.” 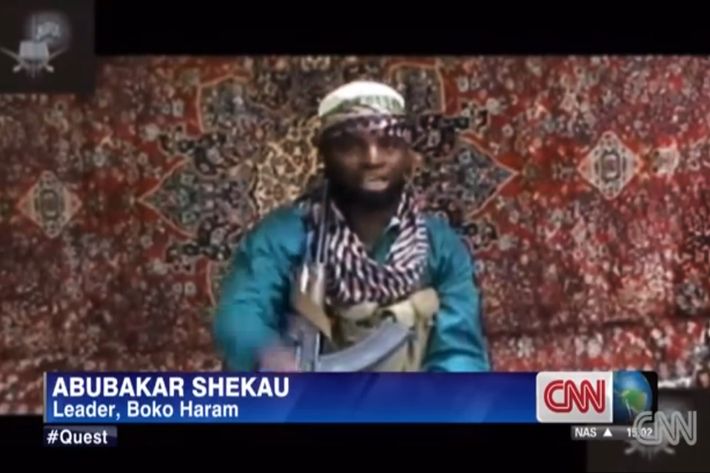 “There is no doubt that the suppression operation of 2009, and the killing of Muhammad Yusuf by Nigerian security forces in July of that year, was a turning point for Boko Haram,” writes David Cook in a 2011 report for the Combating Terrorism Center, dubbing the violence that came next “phase II.”

“Christians, everyone knows what they have done to us, and Muslims … we were attacked and we decided to defend ourselves and, because we were on the right path, Allah has made us stronger,” Shekau has said in one of his occasional video statements. “Anyone who attacks us, we will attack him back even if he is a Muslim. We shall kill anyone who works against Islam, even if he is a Muslim.”

Since the rash of bombings and kidnappings, the U.S. State Department has offered a $7 million reward for information leading to the location of Shekau, and designated Boko Haram a terrorist group. 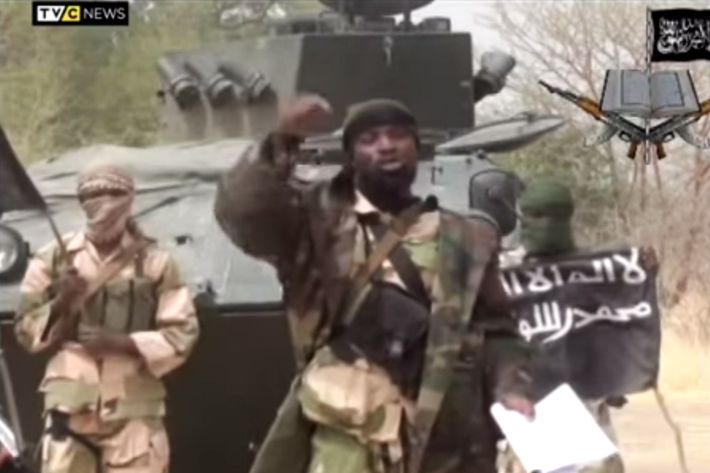 While the group’s actual ties to Al Qaeda are uncertain, there are certainly some similarities, down to the existence of decentralized splinter groups and Shekau’s very public form of messaging. “He is the leader of the more militant wing of the group as testified by his aping of Osama bin Laden in his video appearances,” one expert told the BBC.

“They actually originated as a group called the Nigerian Taliban, which kind of explains where they’re coming from,” CNN’s national-security analyst Peter Bergen said. “They are aiming to impose Taliban-style rule on much of Nigeria, particularly in the north where they are based.”

“Al Qaeda in the Islamic Maghreb, which is the North African al Qaeda affiliate, has given money to Boko Haram in the past,” Bergen added. “There is reporting suggesting that Osama bin Laden was in communication with the leadership of this group.”

While their capabilities may be limited to attacks on Nigerian schools and bus stops for now (eight more girls were reportedly kidnapped today), Shekau’s promise of unceasing jihad could very well be coming from the lips of bin Laden or his surviving followers. “It is Allah that instructed us,” Shekau said in yesterday’s statement, “until we soak the ground of Nigeria with Christian blood and so-called Muslims contradicting Islam. After we have killed, killed, killed, and get fatigued and wonder what to do with smelling of their corpses — smelling of Obama, Bush and [Nigerian president Goodluck Jonathan] — then we will open prison and imprison the rest. Infidels have no value.”