My story on racial politics in the Obama years was deeply informed by Michael Tesler’s research — I wanted to explore what politics looked like in a world where, as Tesler has shown, the two parties have split on race in dramatic new ways. Public racial controversies of previous eras, like Bernard Goetz, O.J. Simpson, and Don Imus, were seen in similar terms by Republicans and Democrats. The racial controversies of the Obama years, by contrast, have produced enormous partisan gaps. Donald Sterling’s ban provides the latest example.

Michael Tesler notices that a poll surveying approval of the NBA’s action produces the same partisan split that could be found on the Zimmerman verdict. Tesler graphed the enormous gaps in how Democrats and Republicans view these events: 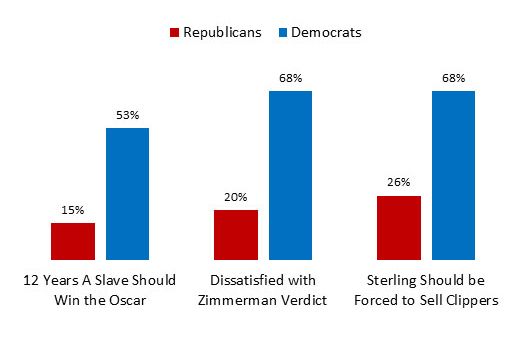 Compare this to the smaller gaps that could be seen in pre-Obama racial controversies: 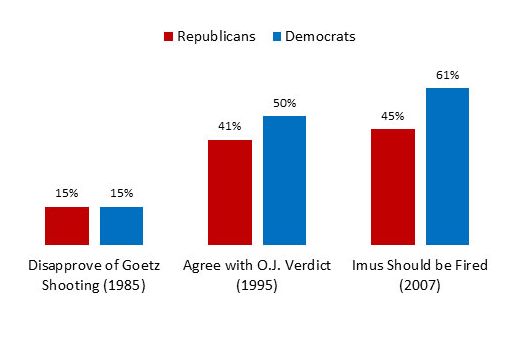 Race has always been a central divide within American life, but in the Obama years, it has become the central prism of partisan identity. The basic question of whether Republican opposition to Obama is rooted in race is itself the subject of bitter partisan disagreement.