President Obama went to Chipotle for lunch today, which initially seemed notable only because he called it “Chipotle’s” and managed to leave the White House without declaring, “The bear is loose!” Then on Monday night, Chief Official White House Photographer Pete Souza tweeted out a deeply disturbing image. It seems that Obama thinks he has the right to blatantly disregard Chipotle’s sanitation rules, just because he’s commander-in-chief (or maybe because he’s 6’1”). Twitter users were quick to let him know that this sort of behavior will not stand.

I think we can all agree that Obama reaching over the glass at Chipotle is grounds for impeachment, if not exile

Pres. Obama reached over the sneeze guard like he absolutely couldn't afford any mistakes for what he wanted on his burrito.

America Behind the Sneeze Guard: Germophobia & Isolationism in Early 21st C US Politics

GET ON THE OTHER SIDE OF THAT SNEEZE GUARD YOU MONSTER! YOU AREN'T ABOVE THE LAW pic.twitter.com/o014OwO9fH

I mean, if Obama's leaning over the sneeze guard I only assume Rob Ford goes to Chipotle and bathes in queso.

Hey tea baggers, I promise to get on board with impeaching Obama if he keeps reaching over the sneeze guard. Deal? pic.twitter.com/ot3LZySZzW

"Listen buddy, we were cool with you killing us with drones and all, but overreaching the Chipotle sneeze guard? That is TOO. DAMN. FAR."

One patriot actually complained to Chipotle. It doesn’t sound like they’re taking the issue very seriously.

I complained about @BarackObama's reaching over the counter at @ChipotleTweets and got this response. @BuzzFeedAndrew pic.twitter.com/cP2IDjt85N

Obama is just lucky this didn’t happen in 2012. Here’s Mitt Romney, ordering a burrito bowl like a perfect gentleman: 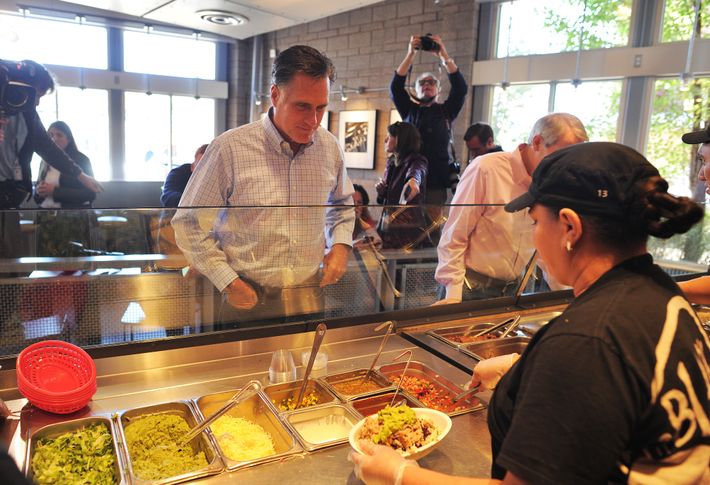