It turns out SCOTUSblog is not run by Scalia.

Certain Twitter users outraged by this morning’s controversial ruling in favor of Hobby Lobby and its anti-contraception religious beliefs did the most cursory of Googling to find a target for their personal opinions and found @SCOTUSblog, which is actually an independent, invaluable resource for news about the Supreme Court. Not a blog run by the Supreme Court justices, who probably don’t even know what a blog (or Twitter) is.

Instead of ignoring the sloppy armchair critics, SCOTUSblog has opted for public ridicule: 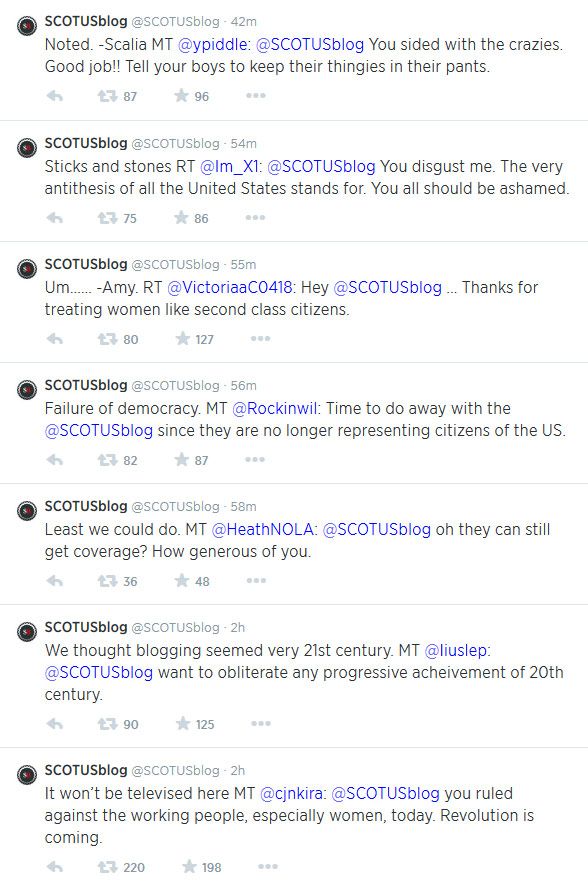 And yet some people still don’t get it:

The passive aggressive way @SCOTUSblog is answering right now is horrible considering the position they just put women in. Not okay.

So they’re getting more creative, and snarky, as they go:

Or eating the cheap Kung Pao Chicken MT @NYCPainter1: Of all the bad decisions @SCOTUSblog made the last few years, #HobbyLobby is the worst