Looks like Jasper Johns has been climbing the Brooklyn Bridge: http://t.co/tGHEQ066ea

Meanwhile, somewhere in Rome, @BilldeBlasio is enjoying a panini or something.

Upon closer examination, the surrender had some deeper significance — the American flags were actually painted white.

Drudge, naturally, saw a metaphor (and a slow news day?): 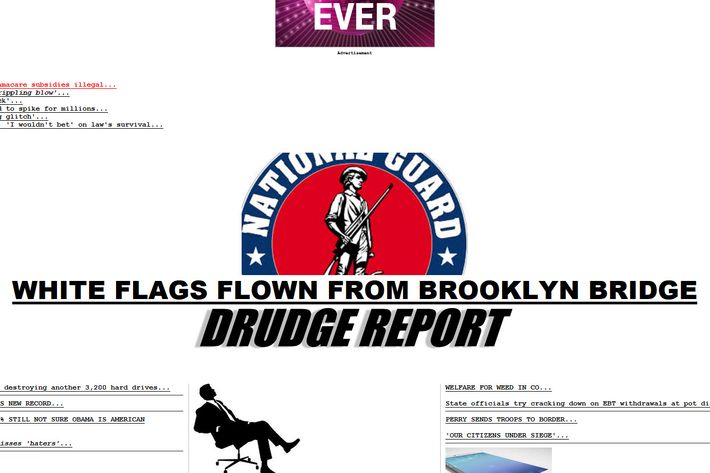 Rumors the stunt was for a film shoot were quickly contradicted by reports that the NYPD was investigating, and ultimately pulled down the flags.

Brooklyn will rise again, because Queens is just too damn far.