President Obama said today that we should probably think about putting some women on our money. A young girl recently wrote him a letter suggesting as much, “and then she gave me like a long list of possible women to put on our dollar bills and quarters and stuff, which I thought was a pretty good idea,” he said. Andrew Jackson has previously been suggested for removal by Slate for engineering the genocide of Native Americans, hating paper money, and generally being an asshole, so the $20 bill should do just fine.

While Obama did not include said list, we think we’ve got a pretty good idea of who was on it — Vox suggested Sacagawea and Susan B. Anthony, who have already appeared on dollar coins, along with Harriet Tubman, Rosa Parks, Eleanor Roosevelt, and Ida Wells — and we’ve gone ahead and mocked up a few additional, out-of-the-box ideas, from the historical to the only semi-historical. It’s safe to say America would not be the same without each and every one of them. 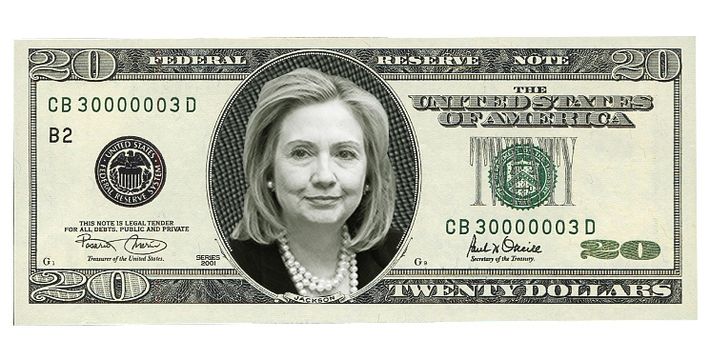 This post has been updated with additional, unserious suggestions.