This guy will be playing. What about you? Photo: Chris Hondros/Getty Images

We’ll be live-blogging the event, but in case interactive participation is more your speed, feel free to pass the time by playing our new board game: Apple Keynote Bingo. 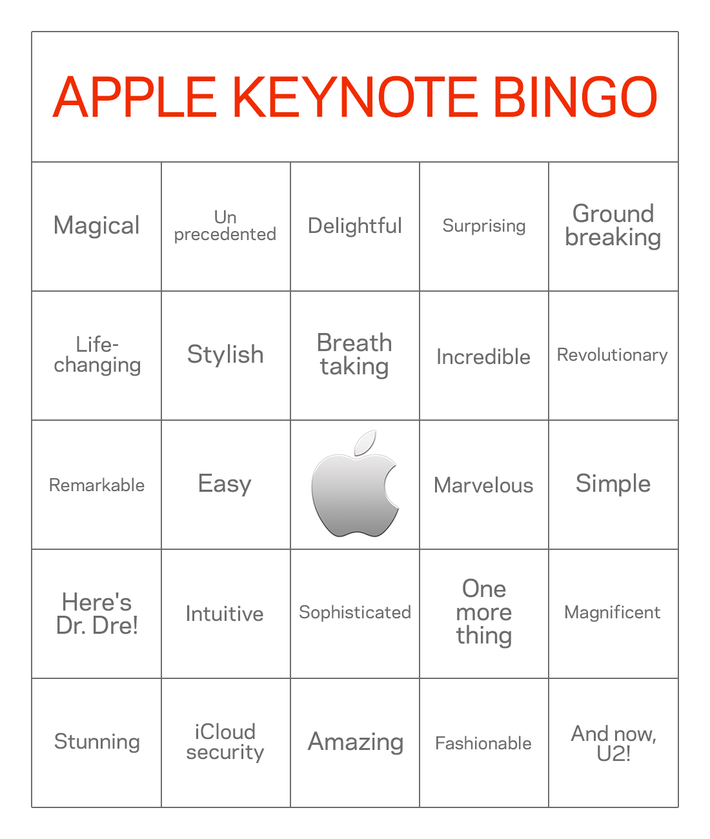 The rules of AKB are: watch the official Apple live-stream and fill in each box as the words inside are mentioned. If you’re the first person to tweet “Bingo!” at @NYMag with a completed row of five, you win an iPhone 6 (origami replica), a visit to Tim Cook’s house (BYO ski mask, crowbar, bail bondsman), and the secret to eternal life.

THE FEED
21 mins ago
what we know
what we know
U.S. Shoots Down China’s Balloon: Updates
By Chas Danner
“We’re gonna take care of it” President Biden told reporters earlier Saturday.
8:00 a.m.
early and often
early and often
Has Pete Buttigieg’s Dream Job Turned Into a Nightmare?
By Ed Kilgore
It turns out Transportation secretary won’t be a quick and easy layover on the way to higher office for Mayor Pete.
2/4/2023
early and often
early and often
The Democrat Who Could Take Down Kyrsten Sinema
By Ben Jacobs
Ruben Gallego will try to fulfill the left’s dreams by challenging Arizona’s newly independent U.S. senator.