North Korean dictator Kim Jong-un resurfaced on Tuesday, ending his sister’s brief reign of terror. After disappearing on September 3, Kim resumed his own lengthy reign of terror by touring a new residential area for scientists in Pyongyang. North Korea’s state news agency reported that Kim was providing “field guidance,” and undated photos of the visit were published on the front page of the nation’s main newspaper.

Here’s the cover story from the newspaper Rodong Sinmun: 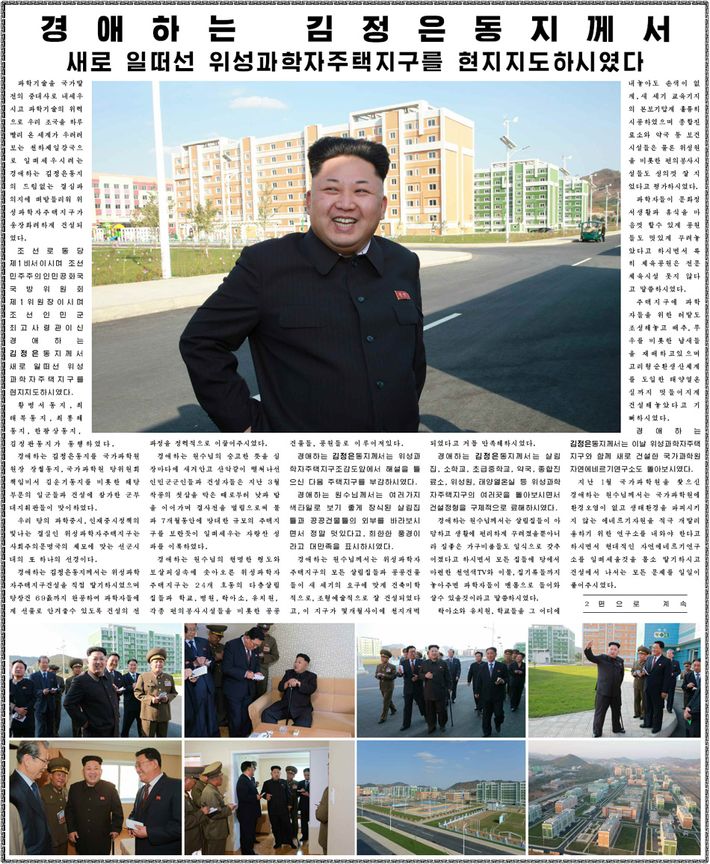 Some speculated that Kim had been overthrown, but it appears state media were telling the truth when they reported he was suffering from unspecified “discomfort.” The dictator was shown walking with a cane, adding credence to the theory that his disappearance was sparked by trouble with his legs, possibly from broken ankles or Swiss-cheese-induced gout. Adjust your insensitive Halloween costume accordingly.