Demonstrators showed their continued support for justice in the Michael Brown shooting on Saturday night, when they interrupted a St. Louis Symphony Orchestra concert by singing “Which side are you on?” during a performance.

The protest began after intermission, when two audience members began singing the civil rights song. Others planted in the audience joined in and then unfurled signs from the balcony. One read, “Racism Lives Here,” with a cartoon depicting St. Louis and the Gateway Arch, while another said, “Requiem for Mike Brown 1996–2014.” The orchestra was readying to play Johannes Brahms’s “Requiem” when the demonstration started. 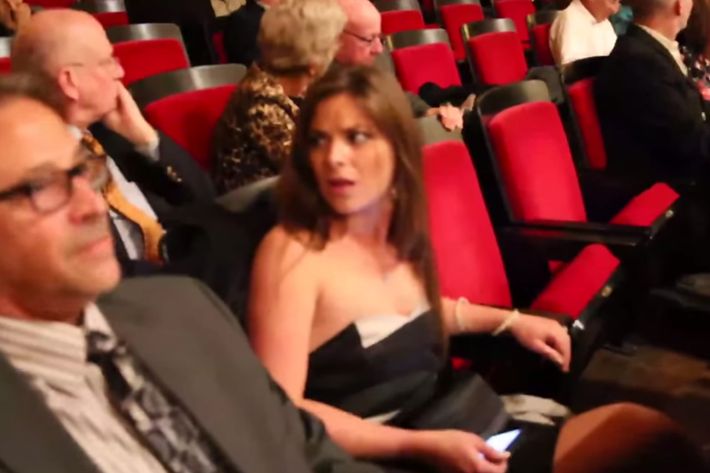 The intercession didn’t last long: Protesters rolled up their banners and left the concert hall after less than three minutes, chanting, “Black lives matter!” on their way out to more polite applause.

According to the St. Louis Post-Dispatch, the concert resumed shortly thereafter. A spokesperson for the orchestra told the paper that protesters had paid for their tickets and left peacefully, apparently without being disciplined.