For anyone who’s ever seen The Daily Show, the basics of Pew’s new “Political Polarization & Media Habits” report are obvious: “liberals and conservatives inhabit different worlds. There is little overlap in the news sources they turn to and trust.” But across ideological lines, Americans tend to trust the news more when it comes from the Brits and less when it comes from BuzzFeed.

According to the survey’s big board of trust, all but the most consistently conservative respondents believe in The Economist and BBC, while only The Wall Street Journal gets good marks across the divide: 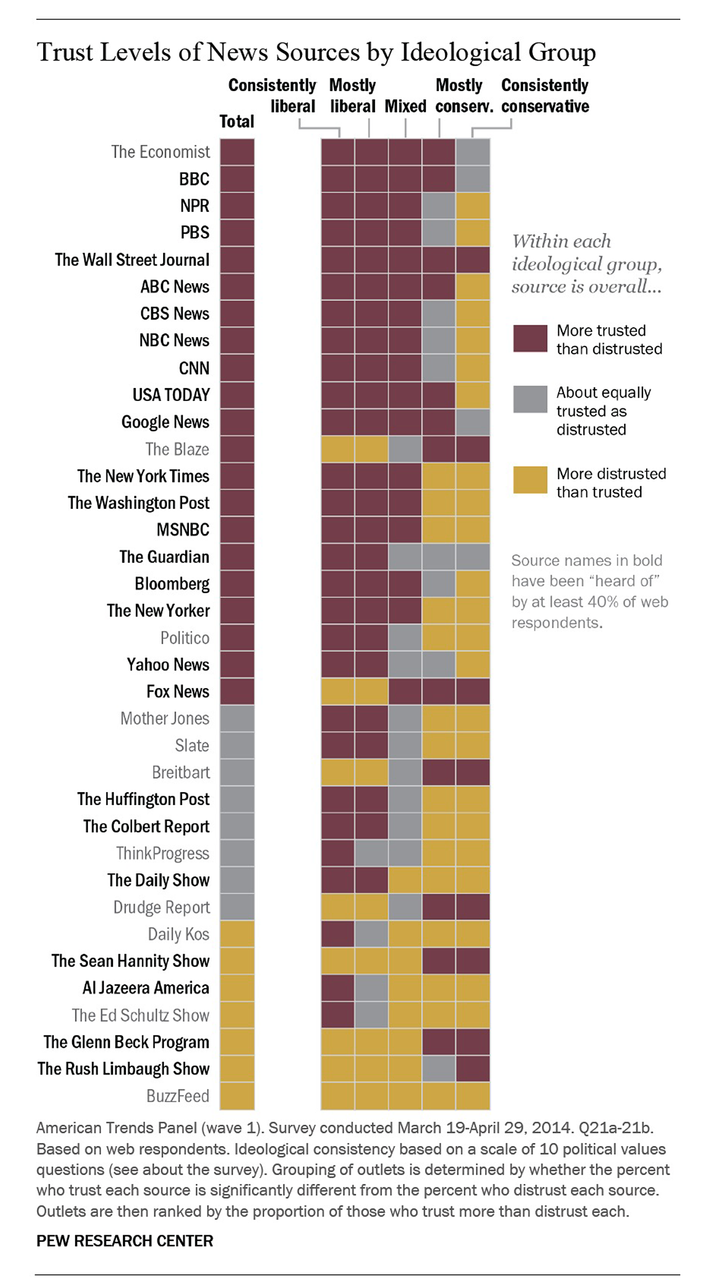 On the opposite end of the spectrum, although fewer than 40 percent of web respondents to the poll had even heard of it, is BuzzFeed, which is still “more distrusted than trusted” spanning political ideologies, despite the start-up’s pointed move toward more serious journalism.

“Most of the great news organizations have been around for decades, and trust is something you earn over time,” BuzzFeed editor-in-chief Ben Smith told Poynter in response. “Our organization is new, our news operation is even newer, and it’s early days for us. The more people know BuzzFeed News, especially young people who make up a small share of these surveys, the more they trust us.”

+Comments Leave a Comment
Pew Report: No One Trusts BuzzFeed (Yet?)