For his birthday, President Obama only got a photo essay of the past year’s events posted to the White House website. Russian president Vladimir Putin, on the other hand, got a whole exhibition comparing him to the Greek mythical hero Heracles (known further west as Hercules). No joke — it’s called “The 12 Labors of Putin.”

The exhibit was held on Monday by members of a pro-Putin Facebook group in Moscow’s “Red October” showspace, formerly the site of a chocolate factory by the same name. Putin turns 62 on Tuesday.

“Interestingly, the events of the ancient legends about the mythological hero Hercules can be relayed onto our days, when the three-headed dog Cerberus reminds us of the USA, annihilation of the Stymphalian Birds — of stopping the air raids in Syria and the cleaning of the Augean stables is fighting corruption,” the organizers wrote on Facebook, apparently in earnest.

The organizer at the event itself appeared to be a young, bearded man named Mikhail Antonov, whose T-shirt was almost obscured by his blazer. Almost, but not quite — it appeared to read “Vladimir Putin” and have a thumbs-up sign underneath.

He said that members of the Facebook group often sent in artwork depicting the president, and they decided to do a thematic show for the leader’s birthday. So what were the 12 feats?

The U.S.’s severed head lies by his feet as he battles the remaining heads: Japan, the EU, and Canada. Japan is breathing a flame reading “sanctions” onto Putin.

4. Liquidation of the oligarchs (Erymanthian Boar) 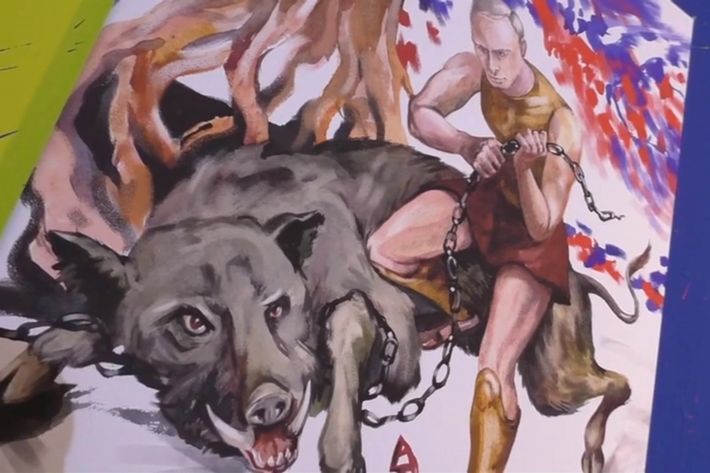 Putin spoke out for his friend Bashar al-Assad, warning the U.S. and allies not to launch strikes into Syria without the dictator’s consent. 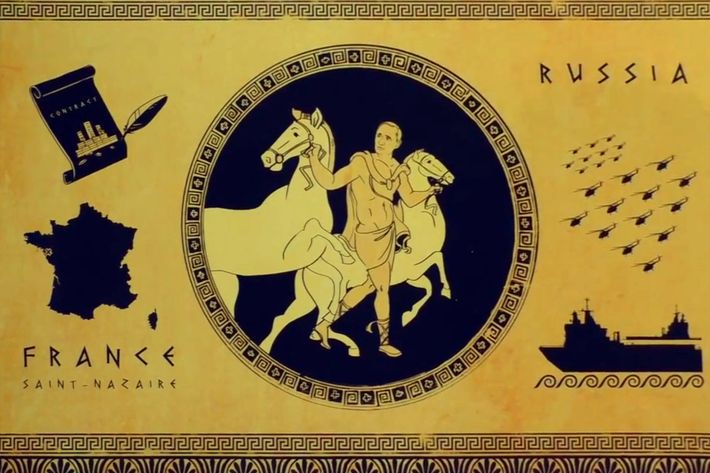 Putin’s plan for a pipeline that would transport gas to Europe through the Black Sea, avoiding the traditional route through Ukraine. 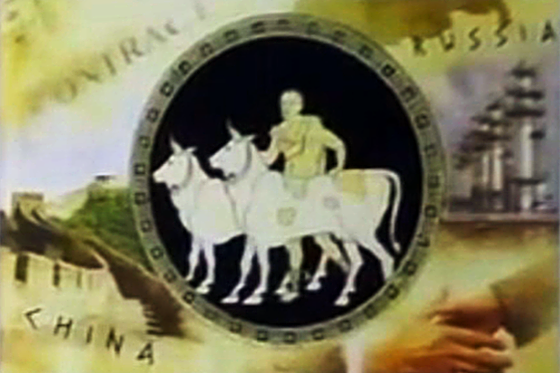 11. Support for the Minsk agreement for a cease-fire in Ukraine (Apples of the Hesperides)

In a video of the exhibit put out by Grani.ru, a Russian-language news site, a young woman identified as Yevgeniya, a student, praises the show. “We love him and support him in everything,” she said of the president. “That’s why we’re here.”

Lefty Russian photographer Evgeny Feldman also attended the exhibit. “One of the 12 labors of Putin fell on the floor — liquidation of the oligarchy,” he tweeted in Russian, subtly noting that the president hasn’t had an issue with oligarchs who don’t stand up against him.

Next year’s exhibit: “Genesis 1 Through Putin’s Eyes.” In the beginning, Putin created the heavens and the Earth …