Smith then launched into a soothing monologue that made way too much sense. “Unless a medical professional has contacted you personally and told you of some sort of possible exposure, fear not,” Smith said, staring directly into old, white America’s soul with those steely eyes. “Do not listen to the hysterical voices on the radio and the television or read the fear-provoking words online. The people who say and write hysterical things are being very irresponsible.”

Rather than insinuate that the government is lying and President Obola is to blame, Smith went with real talk: “There is politics in the mix,” he said.
“With midterm elections coming, the party in charge needs to appear to be effectively leading. The party out of power needs to show that there is a lack of leadership.” In other words, stop watching Fox News immediately.

“I report to you with certainty this afternoon that being afraid at all is the wrong thing to do,” he said. “Being ‘petrified’ is ridiculous.” 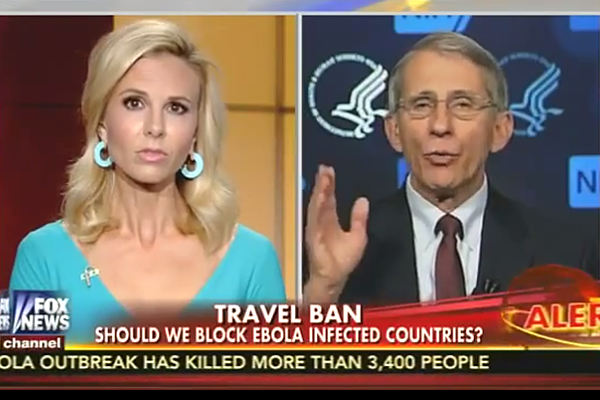