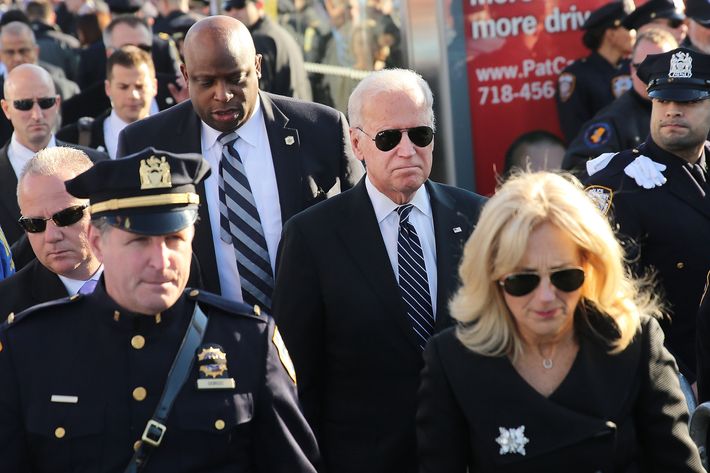 And just as they did on the night Ramos and partner Wenjian Liu died, some police officers turned their backs on de Blasio as he talked, turning at least part of the solemn occasion into a political spectacle. (As many have noted, the deaths of the two officers came amid a contract dispute and other issues between de Blasio and the NYPD unions.) “All of this city is grieving and grieving for so many reasons, but the most personal is we’ve lost such a good man and a family is in such pain,” said de Blasio, his remarks projected on jumbo screens outside the church.

In his own eulogy, Cuomo referred to the anti-police-brutality protests of the last few weeks, saying, “I frankly was amazed at the discipline and professionalism that the NYPD demonstrated. The NYPD protected the right of freedom of speech even though they themselves were the target of false and abusive chants and tirades by some.” But, he added, “At the end of the day, we are one — the family of New York.”

Bratton also spoke, announcing that Ramos — a religious man who had reportedly been considering becoming a police chaplain — had been posthumously appointed to that position, as well as promoted to detective. “We’re a city struggling to define itself,” he said. “If we can learn to see each other, then when we see each other, we’ll heal.”

When Biden spoke, he addressed Ramos’s wife, Maritza, teen sons Justin and Jaden, and other relatives, saying, “There will come a time when Rafael’s memory will bring a smile to your lips instead of a tear to you eye. My prayer for you is that it will come sooner rather than later.” 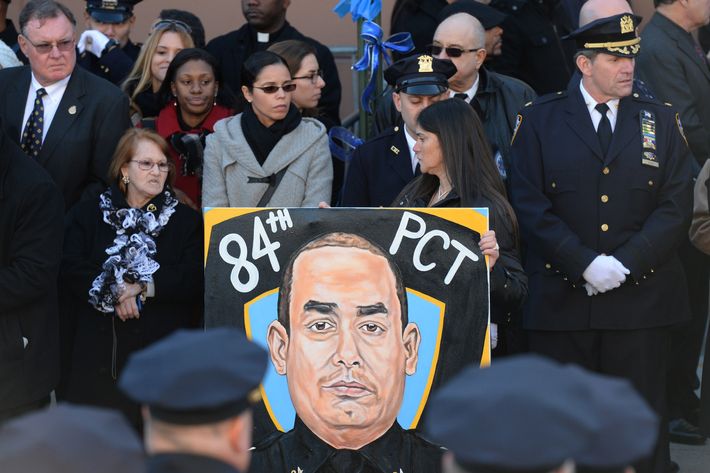 The vice-president said what he could to ease the tensions between City Hall and the NYPD: “This is a city of courage and character, having faced and overcome the greatest challenges, and I am absolutely sure as you are that that spirit is alive and well in this city. I believe that the police force in this incredibly diverse city will show the nation how to bridge any divide.”