Some of New York’s finest are under fire for posting photos of themselves on social media — and the sexy images aren’t the issue. Sources tell the New York Daily News that officials are concerned that the women shared photos of themselves in uniform, in apparent violation of NYPD rules, alongside alluring snapshots on Instagram accounts like blueline_beauties. The officers in the photos stand to lose about ten days vacation time, though punishment for such infractions can include termination. 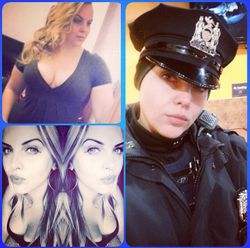 According to the Daily News, officers are generally not supposed to share images of themselves in uniform unless they’re at an official function. A 2013 NYPD order on social-media use tells officers to “exercise good judgment” and demonstrate “professionalism” online, just like they do on the job. “Members of the service should be aware that activities on personal social media sites may be used against them to undermine their credibility as members of the department,” it reads. 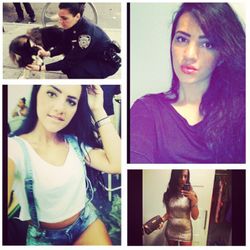 THE FEED
3:23 p.m.
what we know
what we know
Highland Park Shooting Death Toll Rises to 7: Updates
By Intelligencer Staff
The 21-year-old gunman appears to have picked his targets at random, police said, and his motive remains unclear.
3:02 p.m.
plagued
plagued
The BA.5 COVID Surge Is Here
By Chas Danner
The worrisome Omicron subvariant, which is better at reinfecting people than any other, is now the most dominant strain in the U.S.
12:00 p.m.
sticker shock
sticker shock
Why Don’t Democrats Care About the Housing Emergency?
By Ross Barkan
Once the domain of big cities, the surging cost of rent across the country is driving record inflation.