More than 3.7 million people showed up for unity marches across France on Sunday, less than a week after the attacks at Charlie Hebdo and a kosher grocery store left 17 people (plus three shooters) dead. According to officials, a rally in Paris drew somewhere between 1.2 and 1.6 million attendees alone. Some French news outlets reported that 3 million people protested in Paris, which, if true, would make it the largest demonstration in France’s history. 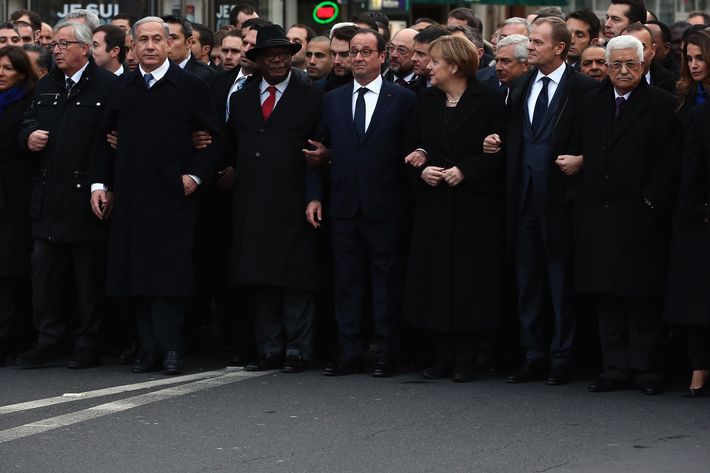 Reuters reports, “Some 2,200 police and soldiers patrolled Paris streets to protect marchers from would-be attackers, with police snipers on rooftops and plain-clothes detectives mingling with the crowd.” The sewers and subway station under the march route were also closed. Meanwhile, smaller demonstrations were held in other major cities, including New York, London, Madrid, Cairo, Sydney, Stockholm, and Tokyo.

In a statement, Hollande said the demonstration of solidarity had transformed Paris into “the capital of the world.” Our entire country will rise up toward something better,” he said.