Shamelessness is the primary feature of Paul Ryan’s public persona (the secondary feature being a woundedness he displays when his shamelessness is pointed out). Yet it is possible that nothing in Ryan’s long and distinguished career in the field of shamelessness has ever exceeded his comments in yesterday’s New York Times on the Obama budget. Ryan’s complaint is that Obama’s economic policies have exacerbated the gap between the rich and the poor. “The Obamanomics that we’re practicing now have exacerbated inequality,” he claims. “They’ve exacerbated stagnation. They’re made things worse. The wealthy are doing really well. They’re practicing trickle down economics now.”

What gives Ryan’s comments a veneer of plausibility is that income inequality has increased continuously, punctuated by a few short reversals, for more than three decades. Economists have extensively studied and debated the cause of rising inequality for years, clustering about multiple theories: the decline of labor unions, technological change, the growth of finance, and so on. None of the theories blame Obama’s economic policies.

We also do not yet know at this point whether the current recovery will produce the sort of rapid growth that lifts incomes in the middle and bottom, like the economy did at the height of the 1990s boom, or whether it will fail to do so, as happened during the previous recovery. It is worth pointing out that, comparing the previous two economic cycles, the one that followed the economic policies advocated by Ryan at the time, the Bush recovery, yielded stagnant incomes for middle- and working-class Americans, while the Clinton recovery, the one that favored higher taxes on the rich, bitterly opposed by Ryan, yielded much greater success. This contrast does not prove that the Democratic agenda necessarily produces stronger growth than the Republican agenda, but it certainly undercuts Ryan’s belief that the opposite is true.

What can be proven beyond a doubt is that, even if underlying economic trends have increased inequality, Obama’s economic policies have reduced it sharply. The stimulus included tax cuts for low-wage workers, and the Affordable Care Act was financed in part by higher taxes on the rich. Back when conservatives were lambasting Obama for stealing hard-earned money from the rich and handing it out to the unworthy poor, rather than pretending to worry about inequality, they were happy to make this perfectly clear. Here’s a circa-2012 chart from the right-wing Tax Foundation showing how Obama-era tax policies had increased tax rates for the top one percent and reduced them for all other income groups: 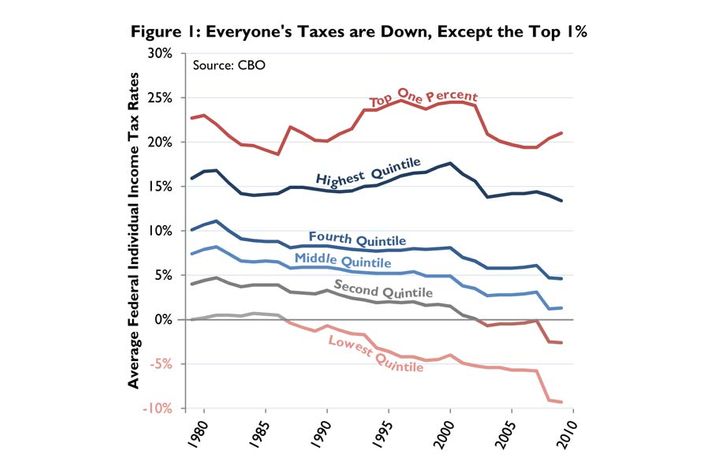 Then, after 2012, the expiration of the Bush tax cuts left the two parties at odds over the appropriate tax levels for the rich and the non-rich. Republicans like Ryan fiercely advocated extending the Bush tax cuts for all income groups, including the rich. Obama advocated extending them only for income below $250,000 a year. Republicans forced a compromise that raised the threshold, giving affluent Americans a larger tax cut than Obama wanted. Still, the result was much closer to Obama’s position than the Republican position, resulting in a further transfer of income from the rich to the non-rich: 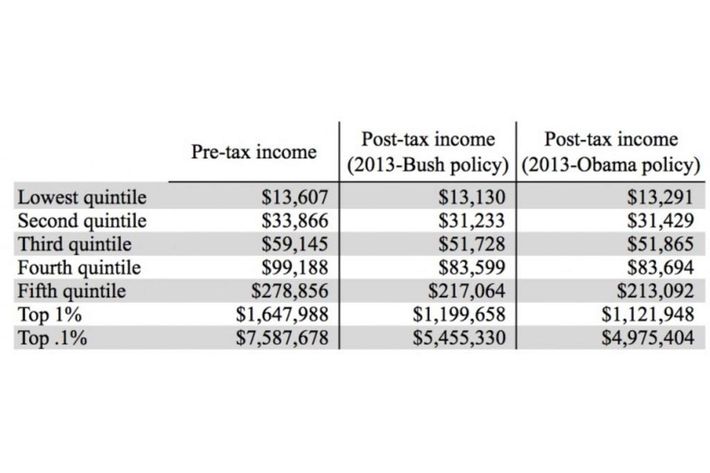 Plus, of course, the Affordable Care Act, in addition to its progressive financing mechanism, subsidized health insurance that mostly benefited Americans with modest incomes. Thus, Obamacare had an important inequality-reducing effect: 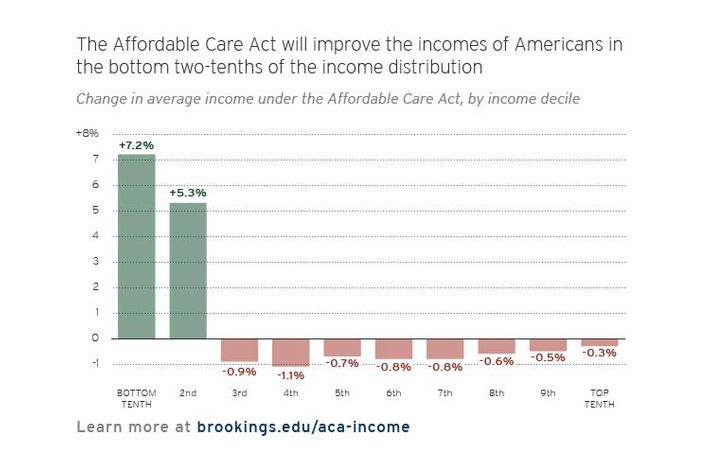 Notably, Ryan opposed every single one of these changes: the higher taxes for the rich, and the lower taxes and more generous transfers to middle- and working-class Americans. In addition to opposing all of Obama’s inequality-reducing policies, Ryan advocated, along with Mitt Romney, a tax reform plan that would have necessarily increased taxes for the non-rich in order to finance tax cuts for the rich: 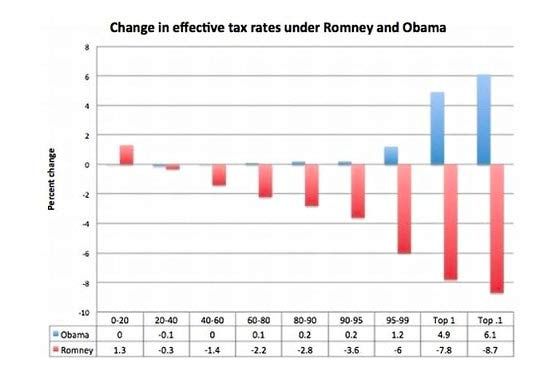 In addition, Ryan flamboyantly advocated a sweeping budget plan that would have eliminated coverage expansions for the poor, layered on hundreds of billions of dollars in additional cuts in programs benefiting the poor, and in general produced “the largest redistribution of income from the bottom to the top in modern U.S. history and likely increase poverty and inequality more than any other budget in recent times (and possibly in the nation’s history).”

And now Ryan is claiming Obama’s policies increased inequality! There seems to be literally no limit at all to his shamelessness.