On Valentine’s Day, master troller Rand Paul decided to profess his love for Hillary Clinton by creating a puerile, vaguely sexist Pinterest page designed to look like one she might make herself. But with Benghazi memes and unflattering photos galore, only somebody who thinks corporations should create their own currencies would believe it was actually created by Clinton.

Unfortunately for Paul, Pinterest decided to delete the page yesterday, citing its usage policy, which does not allow users to “impersonate or misrepresent [their] affiliation with any person or entity.” That means no pretending to be Hillary Clinton and creating boards of failed democratic leaders, and definitely no boards with furniture ideas named “White House Remodel.” 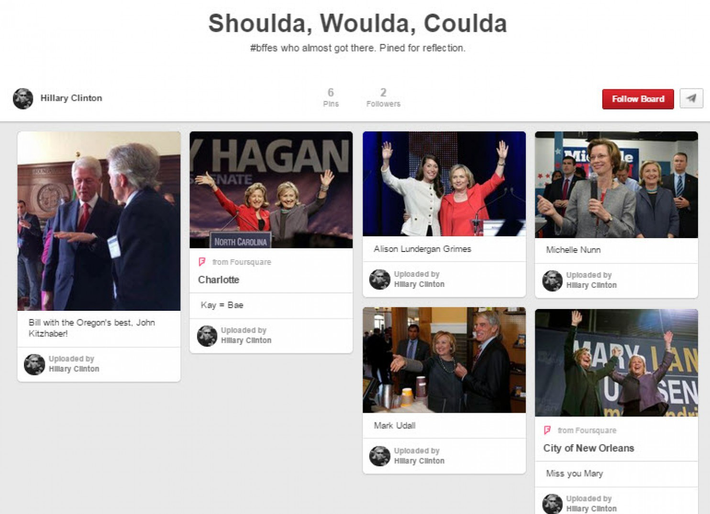