It was just eight months ago that a New York Times Magazine profile giddily described the rise of “a small band of reform conservatives, sometimes called reformicons, who believe the health of the G.O.P. hinges on jettisoning its age-old doctrine — orgiastic tax-cutting, the slashing of government programs, the championing of Wall Street — and using an altogether different vocabulary, backed by specific proposals, that will reconnect the party to middle-class and low-income voters.”

After the Republican Party had turned itself into a machine committed relentlessly to the singular goal of cutting taxes for the rich, the reformicons seemed to be poised to take control of the party’s intellectual apparatus.

The reformicons always assumed they could bypass Congress and focus all their attention on developing an innovative platform for a presidential candidate. (This was a shaky plan to begin with, as a prospective Republican president would need to sign something passed by Congress.) But as the Republican candidates have formulated their early platforms, the party’s center of gravity, rather than jettisoning its hoary policy of orgiastic tax-cutting, has instead continued and even deepened its fervor.

The Republican Party’s determination to cut taxes for the rich was never rooted in electoral calculation. (Indeed, this has always been a handicap for the party to overcome.) It arose from the fact that extremely powerful forces within the party, including but not limited to its funders, believed in it as a matter of ideology as well as self-interest. The plutocrats initially held back in the face of the reformicon movement, perhaps unaccustomed to facing any challenge within the party, which for decades has treated their doctrine as holy writ revealed to the world by Reagan himself.

They were never going to yield control of the party without a fight. The disintegration of campaign-finance restrictions has given the funding class greater leverage over the nomination, and as the presidential field has formed its domestic-policy platforms, its influence has been evident. Jeb Bush is wooing the fanatically anti-tax Club for Growth. Scott Walker has firmly allied himself with the party’s most unreconstructed supply-siders. Rand Paul is promising “the largest tax cut in American history.” Ted Cruz is, well, Ted Cruz. The Republican primary has turned into a contest of anti-tax purity. “We’ve got maybe an embarrassment of riches here in that we’ve never been able to support somebody before, and now we may get overwhelmed with people we think are worthy of support,” gloats recently departed Club for Growth president Chris Chocola.

Nowhere is the triumph of the supply-siders more evident than in the progress of Marco Rubio and Mike Lee. Rubio and Lee are the paradigmatic spokesmen for the reformicon platform — Lee as an ideas pitchman, Rubio as a candidate.

Last year, Rubio and Lee unveiled a tax-reform plan that their allies touted as a manifesto of reform conservatism, positioning the Republican Party on the side of hard-press working families rather than the rich. Lee’s plan “actually help[s] middle-class families rather than mostly cut taxes on the investor class,” gushed Ross Douthat, one of the most fervent and optimistic advocates of the reform-conservative faction. 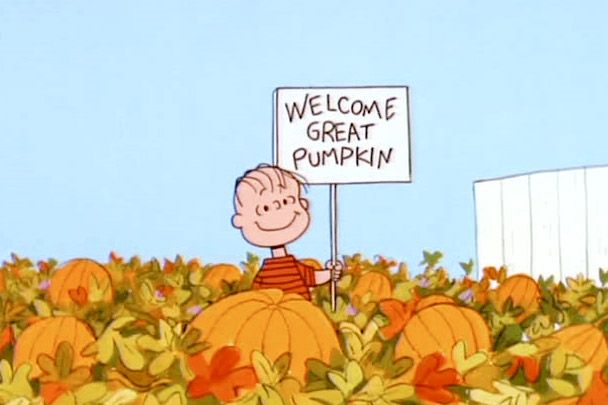 Eventually, the Tax Policy Center crunched the numbers on Lee’s plan and found that it did nothing of the sort. Its provisions to benefit hard-pressed low-income workers turned out to be wildly oversold. Brookings economist Isabel Sawhill concluded, “very few if any low income families with children would benefit from the plan.” And, far from being the “tax reform” it claimed to be, Rubio and Lee had merely constructed a gigantic tax-cut plan that would reduce federal revenue by $2.4 trillion over a decade, a larger tax cut than George W. Bush passed in 2001. What’s more, the Lee-Rubio plan lavished far more benefits on the rich. The average earner in the lowest income quintile would save on average $79 a year, or 0.5 percent of her income, from the plan. An earner in the second-lowest quintile, the heart of the working class, would save $338 a year, or one percent of her income. The top one percent earner would see its income boosted by 2.8 percent on average, or more than $40,000 a year. The plan was simply a reprise of Bush-era debt-financed regressive tax cuts.

Reform conservatives took the setback in stride. Perhaps this was just an oversight or a mild computational error. Douthat hopefully suggested that Rubio and Lee would take a second pass at the issue and rectify the problem:

The liberal response to the Lee plan’s disappointing score, from Chait and others, has been to suggest that it illustrates the continuing unrealism of G.O.P. proposals. But notably, Lee himself didn’t respond by, say, denouncing TPC and insisting that some version of dynamic scoring would make the deficit numbers come out right; he responded by announcing that he was partnering with Marco Rubio (cough, 2016, cough) to develop a revised family-friendly proposal.

And, indeed, Rubio and Lee have come out with a revised version of their plan. But it didn’t get better. It got much, much, much worse. The new Rubio-Lee plan keeps most of its old structure, with its stingy treatment of low-income workers. It layers on top of that two changes: a far more generous treatment of business income, and a complete elimination of all taxes on capital gains and dividends. [Update: The plan would also, unbelievably, completely eliminate the tax on inherited estates, which for a married couple only begins to apply to inheritances above $10 million.] Both of these new features would lavish massive additional tax cuts on the rich, in addition to those already in the original version. The new Rubio-Lee plan would surpass anything George W. Bush or Mitt Romney ever proposed to do in its ambitions to relieve the richest Americans of their tax burdens.

Perhaps the fullest measure of the supply-siders’ triumph can be seen in the acquiescence of many of the reformicons themselves. Ramesh Ponnuru and Yuval Levin, both reform conservatives featured prominently in the Times story, responded to the new Lee-Rubio plan with fawning praise. James Pethokoukis, a reformist conservative, calls the plan “a big step toward persuading middle-income America that Republicans care about more than just the richest 1 percent.” (If this is a big step toward persuading America that Republicans care about more than the rich, what would the next step be? Legalizing servant-flogging?)

Perhaps the reform conservatives have capitulated completely in the name of party unity. Or maybe they were misunderstood from the beginning and never proposed to deviate in any substantive way from the traditional platform of massively regressive, debt-financed tax-cutting. Either way, the movement has, for now, accomplished less than nothing.

+Comments Leave a Comment
Fight for Soul of the GOP Is Over: The Rich Won