Eight-year-old Peter was so incensed by a rumor he heard that Michelle Obama was trying to limit his ketchup intake that he decided to write the First Lady a letter just to give her a piece of his mind. Peter opens the letter with a sick burn about the election of her husband Barack, and it’s basically all downhill from there.

“I think you should rethink your idea that takes us to one ketchup packet per meal,” Peter writes. “I feel that it is taking away our patriotism toward America.” He goes on to diss Obama’s speeches, say that he was “disapointed” Obama did not bomb Syria, and then politely inquires about whether the White House is a comfortable place to live. 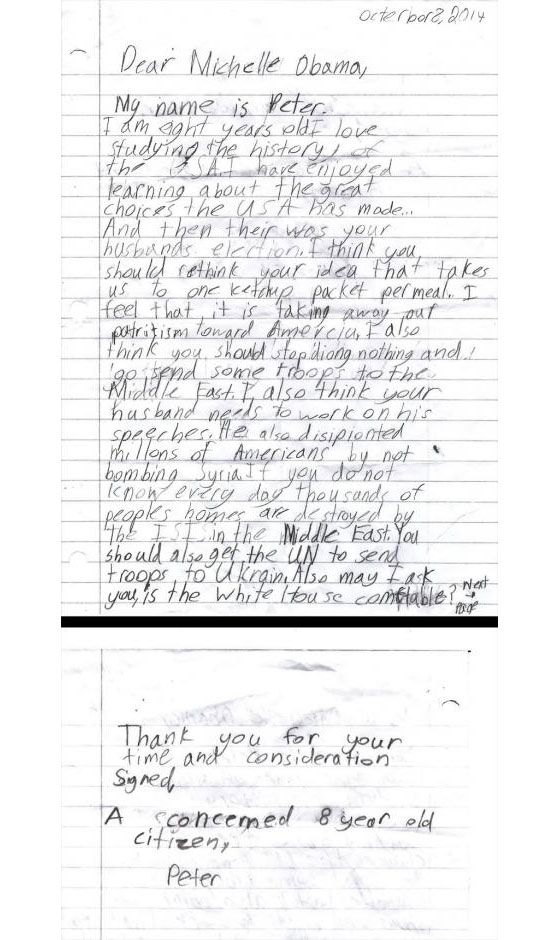 I do not agree with all of your positions, young man, but your stance on ketchup is an admirable one.