A dapper bald man named Tom competed on Jeopardy on Friday, and everything was going great until he made a slipup that had some viewers wondering if the next show he’d appear on might be To Catch a Predator.

The question was, “In common law, the age of this, signaling adulthood, is presumed to be 14 in boys and 12 in girls.” Thinking he totally knew this one, Tom buzzed in and blurted out, “What is the age of consent?”

An invisible shudder presumably passed through Alex Trebek’s body as he responded with a curt, judgmental, “No,” and this withering look: 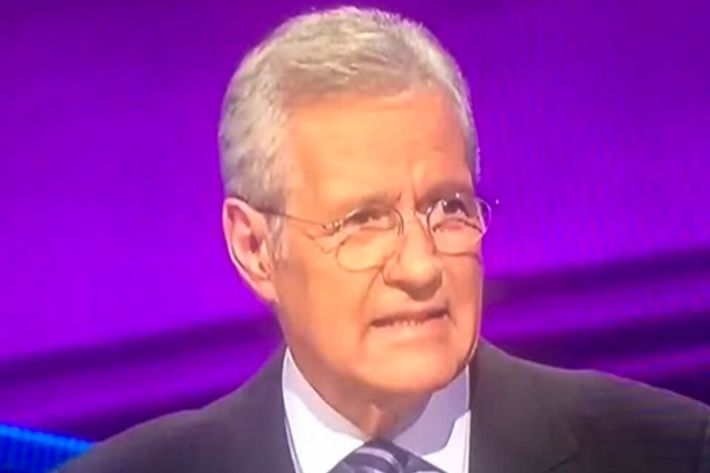 The answer, of course, was “puberty.” Better luck next time, Tom.

THE FEED
10 mins ago
the national interest
the national interest
It’s Republicans Who Won’t Negotiate Over the Budget Deficit
By Jonathan Chait
The other big lie in this hostage crisis is hiding in plain sight.
8:00 a.m.
the system
the system
The Government’s Telling Response to Tyre Nichols’s Death
By Zak Cheney-Rice
The reforms being considered would probably not have prevented his killing. But officials have gotten better at preempting outrage.
1/31/2023
creature capers
creature capers
The Hunt Is on to Find the Dallas Zoo Bandit
By Matt Stieb
Police are looking for whoever is responsible in a strange crime wave in which animals have been killed and apparently stolen from the zoo.