In January, Harry Reid, sporting a bandaged eye, told reporters he had suffered an exercise mishap in his home. The cover story was obvious bunk. Conservative blogger John Hinderaker, reporting a rumor via his friend who had visited Las Vegas, which explained that Reid been been accosted by his jilted mafia business partners:

“Reid had promised to obtain some benefit for a group of mobsters. He met with them on New Year’s Day, and broke the bad news that he hadn’t been able to deliver what he promised. When the mobsters complained, Reid (according to the rumor) made a comment that they considered disrespectful, and one of them beat him up.”

This is not just a story Hinderaker heard from a guy. It’s a story he heard from a guy who heard it from another guy who actually visted Vegas, which makes it even stronger.

So Reid made a deal to do legislative favors for the Mafia, only to discover that Republicans controlled the House of Representatives, blocking Reid from passing his desired law, causing them to overpower his security detail and beat him up. This was a far more sensible explanation for his condition than the fanciful official story that a 75-year-old-man somehow sustained an injury while exercising. Conservative journalists like Byron York and Rush Limbaugh, who are among the few journalists beholden neither to the Mafia nor to Reid’s own network of shadowy goons, have asked tough questions. Breitbart conducted a groundbreaking investigation, centered around a painstaking reconstruction of Reid’s bathroom, and has followed up its coverage by investigating other aspects of the cover-up: 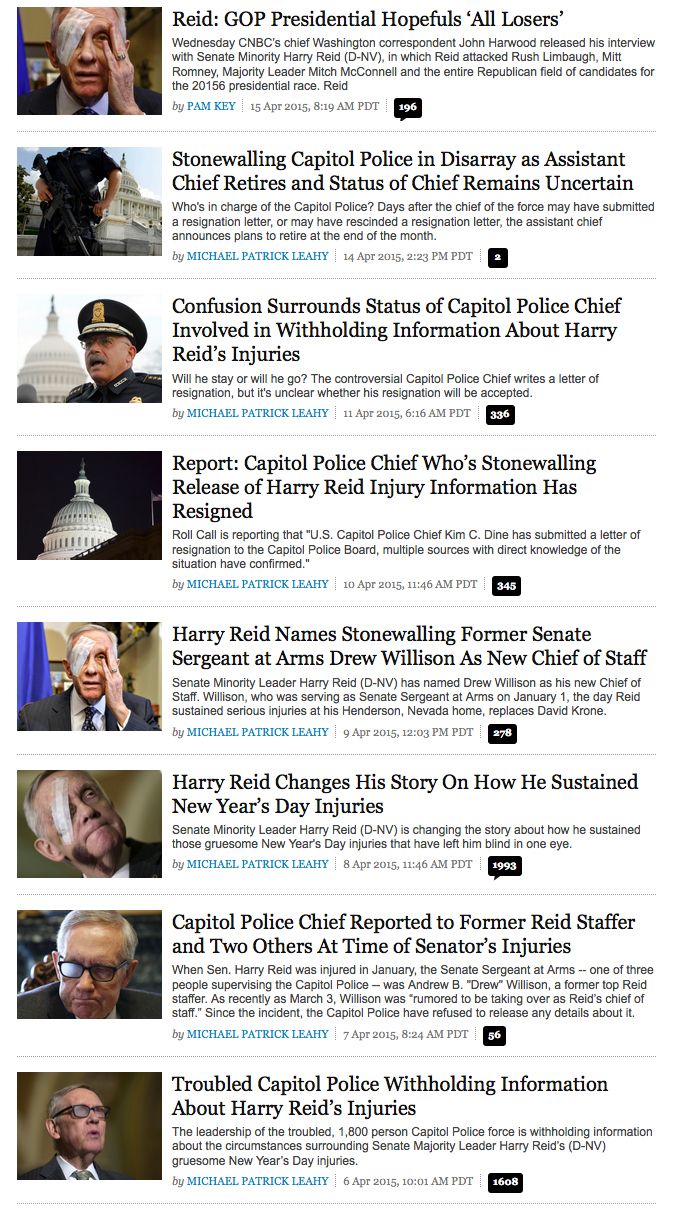 Reid’s preposterous defense has been parroted by “journalists” such as Matthew Yglesias, an alleged drug lord, and Dave Weigel, his former colleague at Slate, a suspicious media property whose name has been linked to the Mafia in this decontextualized newspaper headline I found: 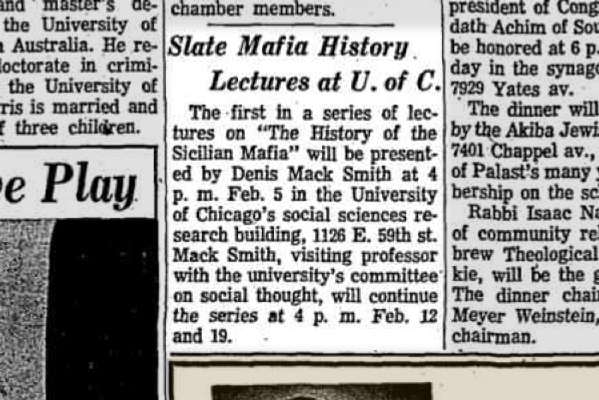 In a new interview today, Reid still maintains his cover story is true. “It shows the credibility of Rush Limbaugh. He’s the guy who got that started,” Reid insisted, “Why in the world would I come up with some story that I got hurt in my own bathroom with my wife standing there? How could anyone say anything like that?”

Of course the rules of omerta prevent the mob’s victims from identifying the perpetrators, on pain of even more violence. So Reid’s denial merely serves as further proof that he was indeed beaten up by his Mafia partners.