Republican presidential candidate Rand Paul knows there are only two ways to entice hip young voters over to his side: memes, and promises to keep the government away from your sexts.

Paul spoke at a co-working space in San Francisco this week, and in an attempt to woo the tech-savvy millennials in the audience, he broke out the stump speech line that always gets the most applause: “What you do on your phone is none of the government’s damn business.” It is a sentiment anyone who has ever sent or received a dick pic agrees with, and thus, one all millennials can get behind.

The liberty-loving candidate has also added more fun, youth-friendly merchandise to his Rand 2016 online store, including a graphic T-shirt that capitalizes on a meme from nearly eight years ago. 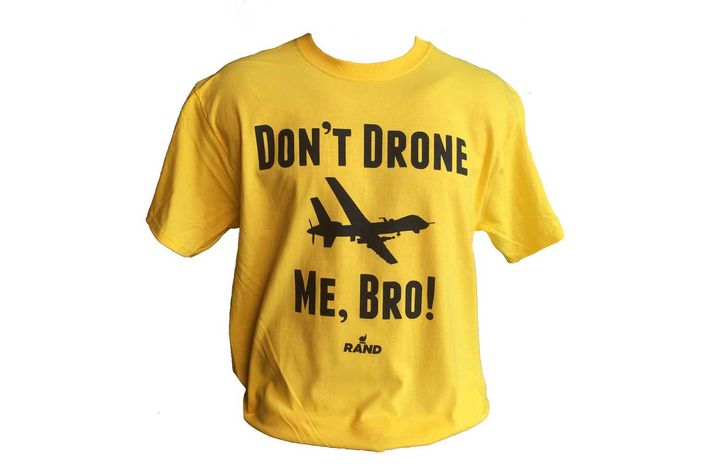 Whoa, look at that cool shirt! He’s got my vote.

THE FEED
25 mins ago
trump family
trump family
The Last, Lonely Days of Ivana Trump
By Nina Burleigh
Her friends wish she’d never met the rakish young Italian they called the “snake.”
8/15/2022
early and often
early and often
Los Angeles D.A. Avoids Chesa Boudin’s Fate
By Ed Kilgore
A like-minded recall effort targeting district attorney George Gascon, backed by the police and other prosecutors, has fallen short.
8/15/2022
what we know
what we know
Salman Rushdie Is on the ‘Road to Recovery’ Following Gruesome Attack
By Chas Danner and Victoria Bekiempis
The acclaimed author was grievously wounded and remains hospitalized but was taken off a ventilator and again able to speak on Saturday.