Charleston shooter Dylann Roof apparently hoped his church massacre would start a new civil war. But the attack seems to have instead united the American public definitively against the central icon of the Confederacy. The Confederate flag is fast becoming toxic both for politicians who have long avoided the controversy that surrounds the flag, as well as for large retailers that carry products emblazoned with the symbol. Below is a roundup of who is reconsidering their affiliation with the Confederate flag — and who isn’t.

State Efforts to Remove Confederate Symbols:
On Wednesday, Alabama Governor Robert Bentley ordered the Confederate flag be removed from the Confederate memorial in front of the state capitol. Two workers unexpectedly removed it around 8 a.m. this morning without answering questions. After removing the battle flag, they removed the First National Confederate Flag, the Second National Confederate Flag, and the Third National Confederate Flag from the capitol grounds. When later asked if the removal was in response to the events in South Carolina, Bentley said, “Yes, partially this is about that. This is the right thing to do. We are facing some major issues in this state regarding the budget and other matters that we need to deal with. This had the potential to become a major distraction as we go forward. I have taxes to raise, we have work to do. And it was my decision that the flag needed to come down.”

The Alabama flag itself, however, still looks somewhat like the ghost of the Confederate battle flag. 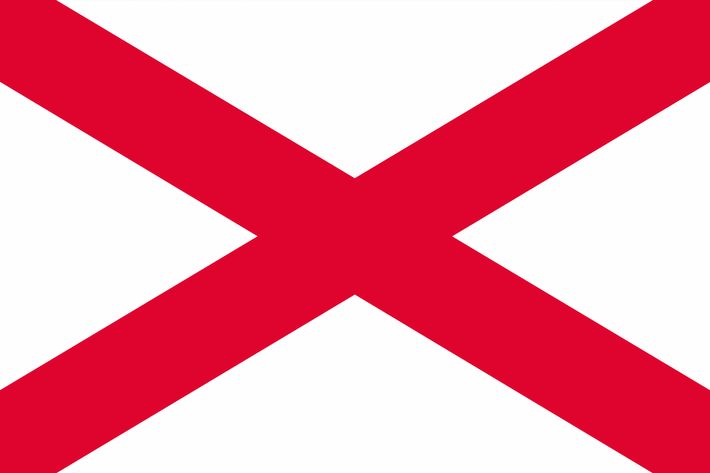 In South Carolina on Monday, a coalition of state lawmakers, including Governor Nikki Haley and both U.S. senators from the state, announced that they would seek to remove the flag from the state’s capitol grounds. Said Haley, “150 years after the end of the civil war, the time has come.” On Tuesday, state lawmakers voted to allow a special summer session to consider legislation for moving the flag.

On Wednesday, when Reverend Clementa Pinckney’s body was carried into the state capitol, the flag still flew outside. According to NBC News, a black drape covered a window so the flag was not visible from the casket as mourners filed by.

Elsewhere in South Carolina, at least one symbolically important entity had already voted to take the flag down. The Citadel — the military college whose cadets fired some of the first shots of the Civil War — voted to move the Confederate flag from a place on top of a chapel to “an appropriate place on campus.” However, the college notes, “The move will require an amendment to the Heritage Act by the South Carolina legislature.”

Also on Monday, Mississippi state lawmakers including Republican speaker of the House Philip Gunn indicated that they would seek a redesign of their state flag, which borrows parts of the Confederate battle flag’s design. Said Gunn, “We must always remember our past, but that does not mean we must let it define us. As a Christian, I believe our state’s flag has become a point of [offense] that needs to be removed.” It’s worth adding, however, that thus far Mississippi governor Phil Bryant remains in steadfast opposition to changing the flag, the design of which was affirmed in a 2001 referendum. In a statement given today, Bryant said, “A vast majority of Mississippians voted to keep the state’s flag, and I don’t believe the Mississippi Legislature will act to supersede the will of the people on this issue.”

On Wednesday, Senator Roger Wicker said that he supported redesigning the state flag too. “As the descendant of several brave Americans who fought for the Confederacy,” he said in a statement, “I have not viewed Mississippi’s current state flag as offensive. However, it is clearer and clearer to me that many of my fellow citizens feel differently and that our state flag increasingly portrays a false impression of our state to others.” Senator Thad Cochran said on Tuesday, “I’m not involved in the discussion of it one way or the other.”

Former Mississippi governor Haley Barbour told MSNBC on Tuesday that he is “not offended at all by our flag or the Confederate flag.”

In Boise, Idaho, the Mississippi flag was removed from the display of 50 state flags in City Hall.

The National Park Service announced on Wednesday that it is “asking its cooperating associations, concessions, and partners to voluntarily withdraw sales in their stores of Confederate flags and other items, such as stickers, that depict the Confederate flag as a stand-alone feature,” according to the Washington Post.

Another area where the flag is prevalent across the South is on license plates, where the symbol is incorporated into vanity plates associated with the Sons of Confederate Veterans. Last week the Supreme Court ruled that Texas, and any other state, could reject the Confederate flag (or any other symbol) from appearing on state-issued plates. In Virginia today, Governor Terry McAuliffe, citing the divisiveness of the flag, ordered the symbol stripped from some 1,594 specialty plates, according to Virginia CBS affiliate WTVR. Tennessee governor Bill Haslam, Georgia governor Nathan Deal, North Carolina governor Pat McCrory, and Maryland governor Larry Hogan, all Republicans, have now said they want to eliminate the flag from their state’s license plates as well, though how quickly those plans will play out is not yet clear.

Beyond simple iconography, there are still many other official vestiges of the Confederacy throughout the South, be they statues, monuments, or street names. In Tennessee, a bust of Confederate general Nathan Bedford Forrest, the first grand wizard of the Ku Klux Klan, sits between the Senate and House chambers in the State Capitol. But according to the Tennessean, over the past few days Governor Haslam, as well as the leader of the Tennessee Republican Party and a group of state lawmakers, have all called for the bust to be relocated. Elsewhere, Kentucky Senate president Robert Stivers, a Republican, has announced that he wants to move a statue of Confederate president Jefferson Davis out of the state’s Capitol Rotunda, where the statue has stood since 1936. Senate majority leader Mitch McConnell also weighed in, telling the Carrier Journal that he thought it was “appropriate” for the state to reconsider the location of the statue, adding that “maybe a better place for that would be the Kentucky History Museum.”

Looking at state flags across the South, Alabama, Arkansas, Florida, and Georgia also incorporate Confederate symbolism into their state flag designs, and it’s arguable that North Carolina and Tennessee do as well. So far, however, there do not seem to be serious efforts under way to make any alterations to those flag designs as a result of the current furor, though that may change quickly.

With regards to license plates, Alabama, Louisiana, Mississippi, and South Carolina all still issue Sons of Confederate Veterans vanity plates with the symbol. Louisiana governor and GOP presidential candidate Bobby Jindal said Tuesday that he would not seek removal of the flag from the state’s license plates. On June 18, an official at Alabama’s Department of Revenue indicated that the state would not discontinue their vanity plate either.

And as mentioned earlier, there are still countless Confederacy affiliated statues, monuments, parks, and street names throughout the country, and it remains to be seen how many will be addressed, or not, in the future. To see where many of these places are, check out this crowd-sourced map that Fusion has put together.

In the business world, multiple news outlets report that Walmart, the nation’s largest retailer, as well as Amazon, eBay, Etsy, Overstock.com, and Sears (which also operates Kmart) have all pledged to stop selling merchandise that displays the Confederate flag. Prior to Amazon’s announcement today, sales of the Confederate flag had gone up as much as 3,000 percent in the last 24 hours. It’s also worth noting that eBay, which allows the sale of potentially offensive items (like Nazi artifacts) if they possess some historical value, might still allow Confederate symbols to be sold in their marketplace should they fit that criteria.

In addition, three of the country’s major flag-makers have now discontinued their Confederate flag products, according to Reuters. Also, Warner Bros. announced Tuesday night that it would cease licensing replicas of the “General Lee,” the car with a Confederate flag on its roof that was made famous in the TV show the Dukes of Hazzard. The decision will only affect one company.

This post has been updated to reflect new information regarding various lawmaker’s positions, as well as product manufacturer bans.

THE FEED
28 mins ago
life after roe
life after roe
Outrage, Uncertainty, and Instant Abortion Bans After Roe v. Wade Overturned
By Intelligencer Staff
Some Republican leaders are already calling for a nationwide ban, while protestors assemble outside the Supreme Court to express their outrage.
10:00 a.m.
intelligencer chats
intelligencer chats
What Has Made the January 6 Hearings Such Great Television?
By Jen Chaney and Benjamin Hart
TV writers would kill for some of this dialogue, for one thing.
9:00 a.m.
the money game
the money game
Mike Novogratz on His Big Crypto Mistake and What’s Ahead for Bitcoin
By Jen Wieczner
“This has been a complete and total old-school ass-beating.”