$300: The price of this specimen, purchased at Happy JT Trading in Chinatown earlier this month. Photo: Bobby Doherty/New York Magazine 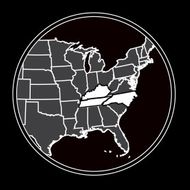