On Monday night the State Department released another batch of Hillary Clinton’s emails, and once again, there are no shocking revelations about her involvement in history’s greatest conspiracies (though you may have seen some amusing parody emails floating around Twitter). The latest court-ordered release contained 7,000 pages of emails, more than was made public in the last three months combined. One hundred fifty classified emails were withheld, which will undoubtedly add fuel to questions about the legality of Clinton’s private-email setup. However, a State Department spokesperson stressed that the messages were not marked classified when they were sent in 2009 and 2010.

Though the juiciest bits have been removed, Clinton’s emails are still worth reading if you’re interested in how our government functions behind the scenes, or are just plain nosy. Here are some of the highlights.

Clinton mocked a political associate for rewatching Titanic, so she can kiss the 14-year-old-girl vote good-bye. 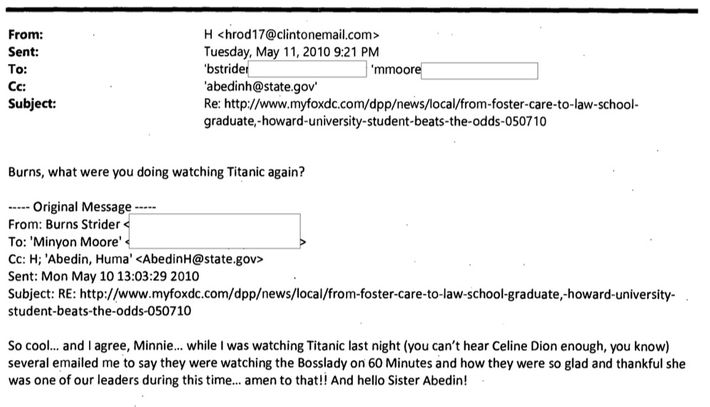 Clinton has good taste in TV shows, but does not know how to use Google. 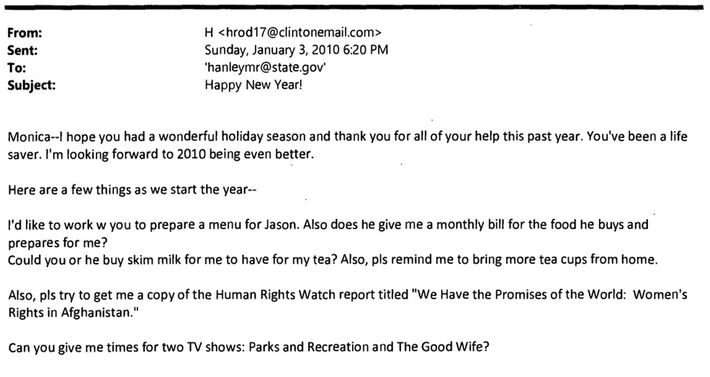 Clinton told Senator Barbara Mikulski that they should “go drink something unhealthy” (hopefully she wasn’t referring to tea with skim milk).

The Clinton team had early access to the Rolling Stone profile that led to the resignation of General Stanley McChrystal. Unfortunately most of their gossiping did not take place over email. 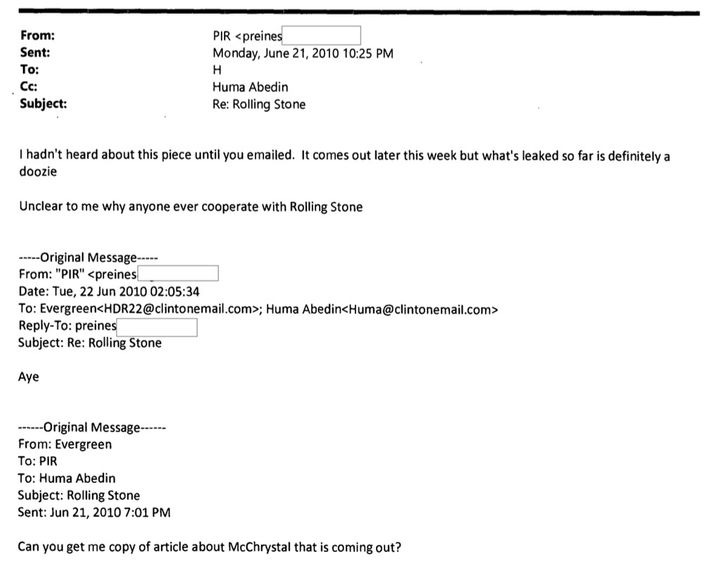 In fact, those searching for sniping among top Obama administration figures will be sorely disappointed. 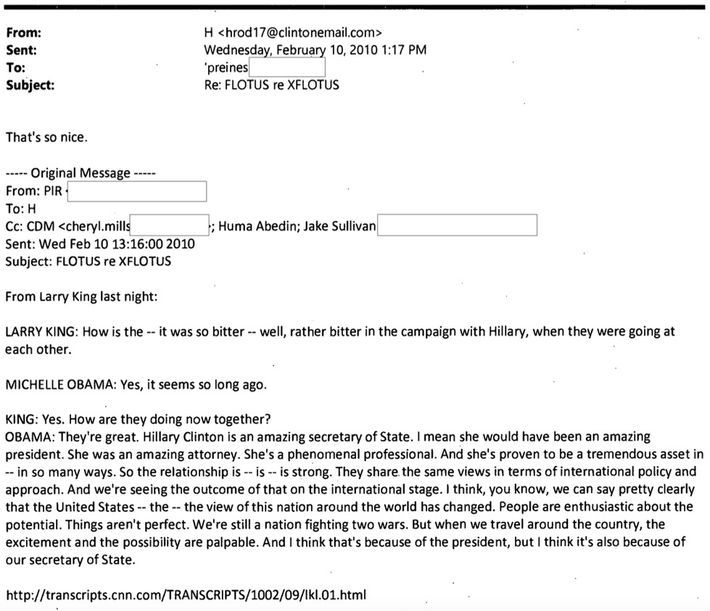 The State Department did not think John Podesta’s “bad news” or Cherie Blair’s “get well soon” were fit for public consumption, so if you’re truly desperate for gossip, you can play Mad Libs with these heavily redacted emails. 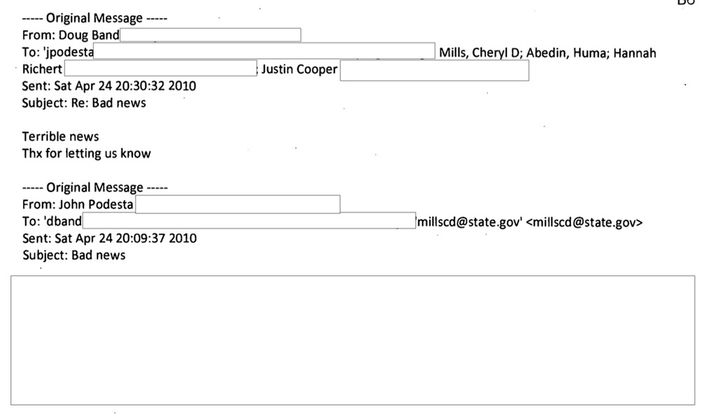 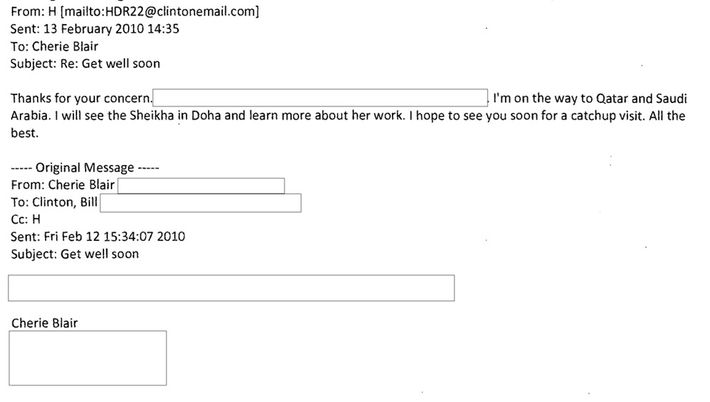 Or speculate about why she needed so many copies of the May 2010 Esquire, with Christina Hendricks on the cover. (The issue featured a Clinton profile, but maybe she’s a Mad Men superfan too.)

Clinton claims she didn’t want to carry a lot of electronic devices, but she seemed pretty excited about her new iPad. Someone alert Congressman Trey Gowdy.

For the most part, Clinton’s email looks like anyone else’s. For instance, here’s the beginning of a formal seven-page memo from her daughter Chelsea recapping her recent trip to Haiti and criticizing the international response to the earthquake there. 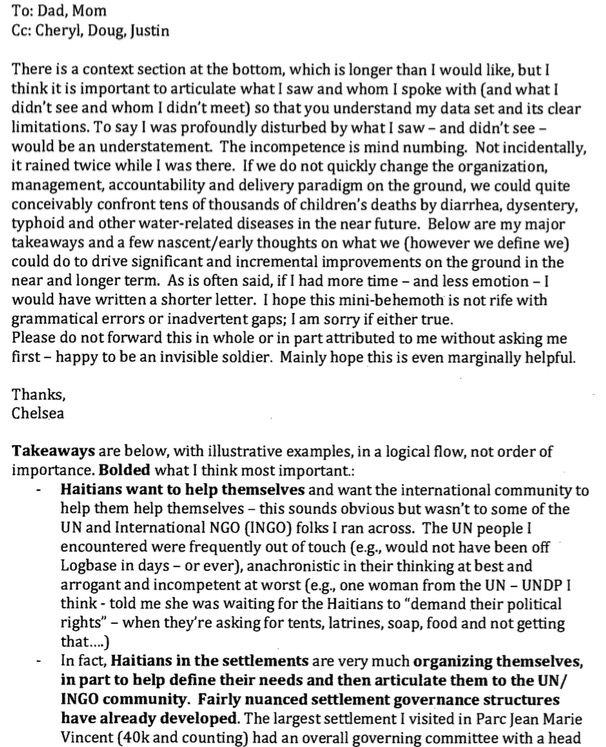 But rest assured that as secretary of State, Clinton was asking the tough questions.