When he ran for president, Barack Obama promised that his health-care plan would hold down inflation in the medical sector enough to eventually save the average family $2,500 a year. The cost of health care had been growing far faster than inflation for decades, but Obama believed his reform could “bend the curve” of cost growth downward. The $2,500 figure was a rough projection of the cumulative savings that accrue.

Conservatives ridiculed Obama’s promises, insisting that rather than bending the curve down, Obamacare would cause health-care inflation to rise instead. Instead, costs have not only fallen, they have fallen by more than the administration projected. By two years ago, health-care costs had fallen enough to fulfill the promised $2,500 savings. A new report yesterday from the Kaiser Family Foundation finds that premium growth for people with employer-sponsored insurance has continued to stay well below the pre-Obamacare trends: 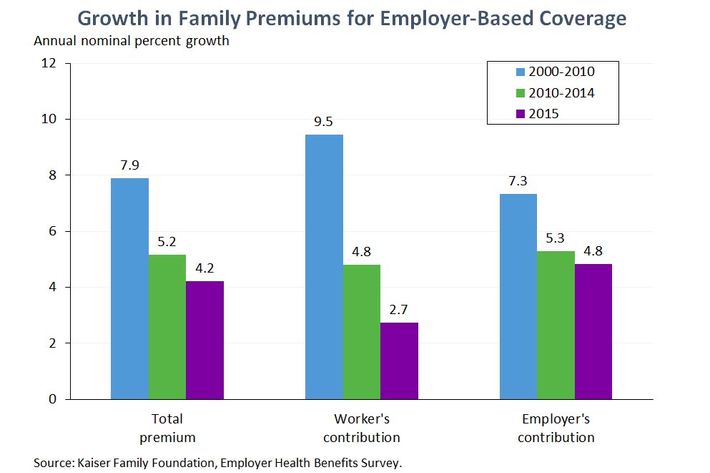 Meanwhile, costs have continued to fall, causing the Congressional Budget Office — whose original forecasts conservatives dismissed as unrealistically optimistic — to keep revising its estimates of the costs of Obamacare lower and lower: 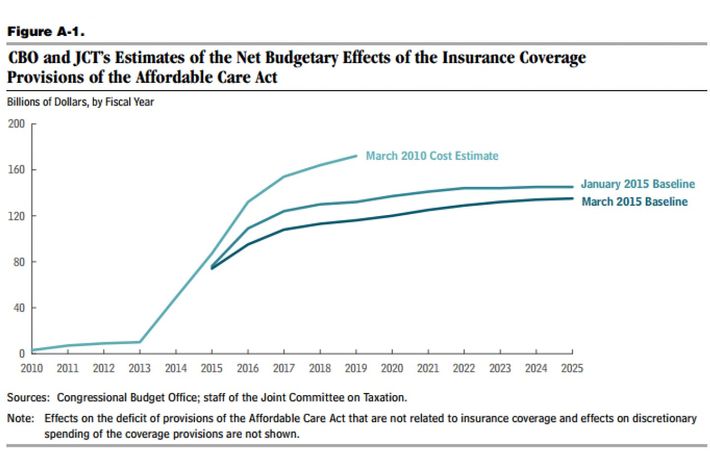 Based on the evidence to date, the Obamacare skeptics have been completely wrong. Incredibly, some of the skeptics are claiming vindication anyway. John Merline of Investor’s Business Daily and Nick Gillespie of Reason insist Obama’s promises to save money for people with employer insurance has failed. Why? Because the nominal cost of health insurance has gone up. They pluck this information from the Kaiser Family Foundation report: 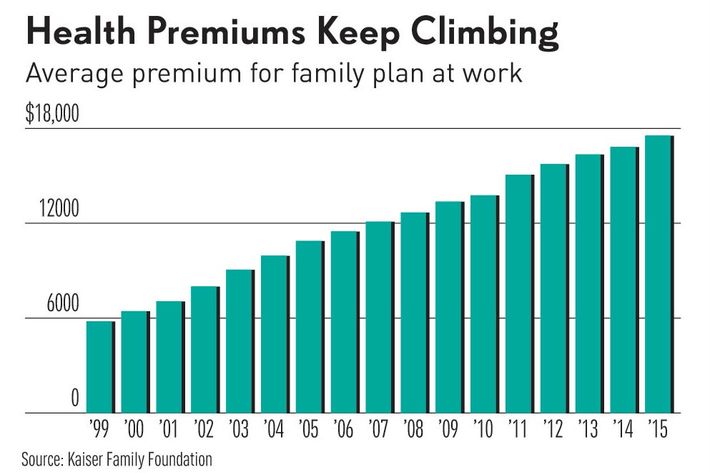 And, yes, even as health inflation has dropped, the nominal cost of health insurance has risen. But Obama did not promise a nominal price cut. It is true that he never specified the baseline against which his $2,500 savings would apply, because political candidates usually do not detail their baseline assumptions when they deliver stump speeches. A sensible interpretation of Obama’s promise would be a $2,500 savings against the baseline of existing projections — Obama’s reforms would save the average family $2,500 compared to what would happen if his reforms were not enacted. That promise, again, has come true.

Merline and Gillespie instead assume that Obama was using a baseline of existing nominal prices. The only way Obama’s reforms could succeed is not only if the decades of medical inflation slowed their rate, but if prices actually dropped in nominal terms. Of course, Obama never actually said anything like this. Merline does not even claim he did. Instead, he insists that it kinda “seems” like Obama meant this: “So was [Obama] talking about lowering the rate of increase? It sure didn’t seem that way. On CNN he said, ‘We’re going to reduce costs an average of $2,500.’”

Oh, it “seems” that way, huh? That’s your argument? The reason it makes sense to judge Obamacare against an alternative world in which decades of medical inflation drop to zero percent a year is that it “seems” as if he made this insanely grandiose promise?

So, yes, if you assume that Obama meant an implausibly unrealistic promise that he did not actually say, then his reforms have fallen short. If you instead judge them against historic standards, or a plausible reading of what he meant, they have been an unqualified success.

The determination of Obamacare haters to claim vindication is a testament to the power of the human spirit in the face of all factual evidence. Right-wingers have every right to ideologically oppose the concept of a government program that uses regulation, taxes, and spending to provide insurance to people who can’t afford it. Their unwillingness to concede that this program is working on its own terms is delusional.