The proposed Mars One colony, where you could die. Photo: Mars One

Mars has water. This ought to make it easier for us to actually do what humanity — in the form of science-fiction nerds, but also actual scientists, two categories of earthling that significantly overlap — has been dreaming of for more than a century: visiting our red neighbor. So how will we get there? And how soon? And for how much?

There are several competing concepts in play. NASA is aiming to put human footprints on the Red Planet in 2030. China has its own ambitions. Privately funded trips, run by Elon Musk’s Space X and the Mars One colony, are also — with a greater or lesser degree of realism — on the launching pad.

This is what each of the aspirants is doing now:

NASA
Since 2030 is right around the corner, as far as interplanetary travel goes, NASA is hard at work figuring out what the place would be like to live on.

NASA’s InSight rover will join the Curiosity on the surface of Mars in September 2016. The craft will crack the crust to study the planet’s geology. The questions scientists have about Mars’s core will be answered by a thermometer nicknamed “the Mole” that will measure the temperature of the subsurface, as well as provide seismic data. Will constant earthquakes derail plans for that Mars Hilton we’ve been dreaming of? Is there oxygen in the soil?

Provisions are going to be a tricky problem to solve, given the two-year trips and lack of, say, friendly natives to teach astro-pilgrims how to grow corn and fish. But the news about the water on the planet’s surface has the potential to make things easier. Engineers are also trying to tackle the matter of how to build structures. One idea is to robotically 3-D print housing materials with “regolith,” or Mars sand, before the first settlers arrive, so the planet will be move-in-ready.

In the meantime, NASA has been isolating people in simulated space-travel conditions in preparation for the lengthy journey. In August, the longest of these experiments kicked off in Hawaii, at the foot of a volcano, with four Americans, a Frenchman, and a German locking themselves into a geodesic dome for the next year to study how long-term isolation affects small groups of people. Hopefully they have Netflix. 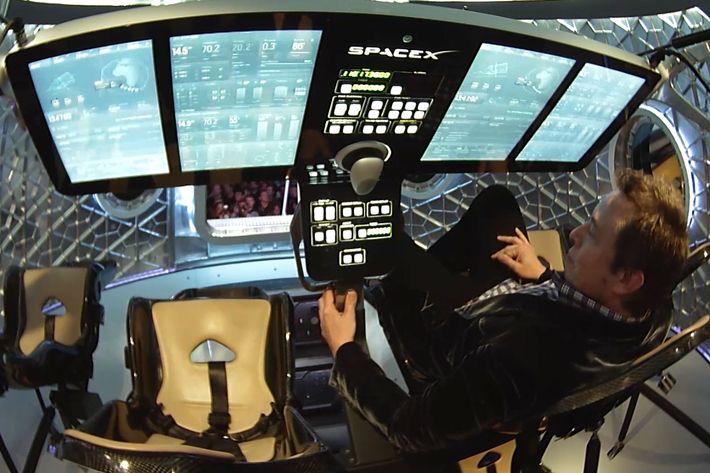 Space X
Despite NASA’s proven ability to put men on the moon, Vegas oddsmakers have given Elon Musk’s Space X the best odds of putting an earthling on Mars. The 5-to-1 odds for the Dragon capsule look a lot better than the 80-to-1 Vegas is giving to NASA, although we’re wondering if these bookies missed the fireworks show put on by Space X when their Dragon rocket flamed out this past June. The company has postponed all launches for the next year, resulting in hundreds of millions in loses. Still, Space X is continuing work on the Falcon Heavy, similar to the Saturn Rocket that took the U.S. to the moon, and the Dragon V2, which would be delivered into space via the Falcon and fulfill our sci-fi fantasies by slowly hovering down onto a foreign world. While the renderings are fantastic, don’t forget that Space X has yet to develop a prototype. Who set these odds?

Musk has stated that humans will be on Mars by 2026. He once told Aeon Magazine “fuck the earth,” and shared with The Guardian that he planned to “retire on Mars.” But then he rolled that back to Slate, saying he was “pushed for a soundbite.” Musk also recently proposed nuking Mars in order to warm the atmosphere.

Russia and China
Russia’s and China’s Mars ambitions were intertwined at one point. The 2011 launch of the Yinghuo-1 probe was designed to investigate Mars’s atmosphere for two years, before a Russian-made probe descended to the surface to take soil samples. But after a malfunction, the Yinghuo disintegrated in a shallow orbit over the Pacific Ocean, along with it Russia’s Mars ambitions. The head of Russia’s Federal Space Agency told Bloomberg this summer that they have “no current” plans for Mars exploration, opting instead to focus on the moon.

China, however, isn’t letting go of its Red Planet dreams. Monday’s announcement from NASA prompted one of China’s state-run papers to try to light a competitive fire under the leaders in Beijing. ”NASA is leaving the other space competitors far behind,” the Global Times printed in an editorial called “China Should Dream Big in Outer Space.” It seems reasonable to assume that China will do just that and leap into the Mars race at some point. But its only official program right now involves another attempt to put a robot probe on Mars in the early 2020s. But even that is facing considerable delays. 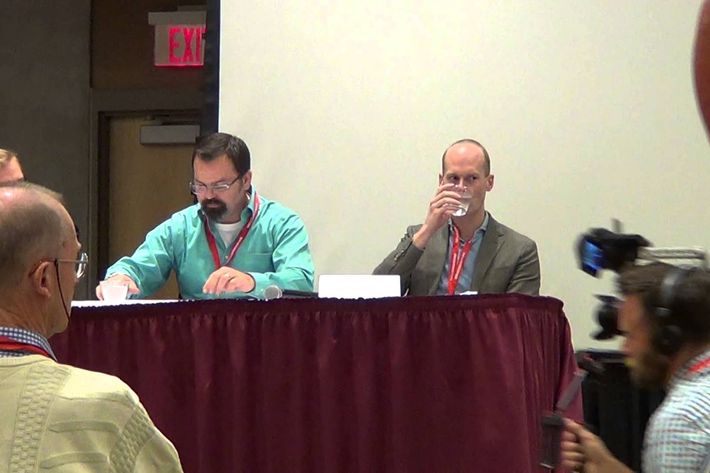 Mars One
Mars One is a Dutch project that is, in fact, a reality-TV shoot. It describes its Mars colony program as one “that has as little complexity as possible.” Another entrepreneur-playboy-billionaire named Bas Lansdorp cooked up the scheme. In theory it will be permanently funded by a reality show documenting colonists, Big Brother–style. And yes, if all goes as planned we will be privy to watching the deaths of each character on the show.

At a recent panel that brought Lansdorp together with the researchers who authored an MIT study on his plans, the researchers described Mars One’s  plan to support life as “infeasible.” Lansdorp responded: “Did Kennedy have a plan?”

In any case, the start date has been pushed back three times, from 2023 to 2025 to 2027. Lansdorp assures the public items necessary to the project — 17 rockets, 14 launches, one intelligent rover, and fuel — will only cost $6 billion (by comparison, the Apollo Mission to the moon cost $102 billion in today’s dollars).

Still, even with the knowledge that it’s a one-way ticket to miserable conditions and certain death — but reality-show fame! — he’s narrowed a much larger field of applicants down to 100 finalists. (Yes, the very process is controversial: The top candidates, who have been profiled across the web, are actually the highest-paying candidates.)

But the advice given to Mars One’s Lansdorp by Dutch Nobel laureate Gerard ‘t Hooft might be the best place to start our dreams of Mars: “Put a zero after everything.” Or maybe two.

+Comments Leave a Comment
There’s Water on Mars. So When Do We Move There?