The tiny port town of Goole in East Yorks, U.K., has just about the worst SEO in history. Every time its residents look for something about the place they live online, Google, in all its narcissism, assumed they meant to search for the company instead. So a group of volunteers from the Goole Museum decided to launch their own search engine.

The result is Goole isn’t Google, a site designed solely to search for information about Goole, a fascinating place with a population of 19,000 founded in 1862—way before the tech company. “All we’re trying to say is that Goole isn’t a search engine,” says Chris Collins, with the despair only those ignored by the Internet can know. Enter a term into the Goole search engine, and you’ll get information about its port, its links to the Dutch, or its numerous pubs. 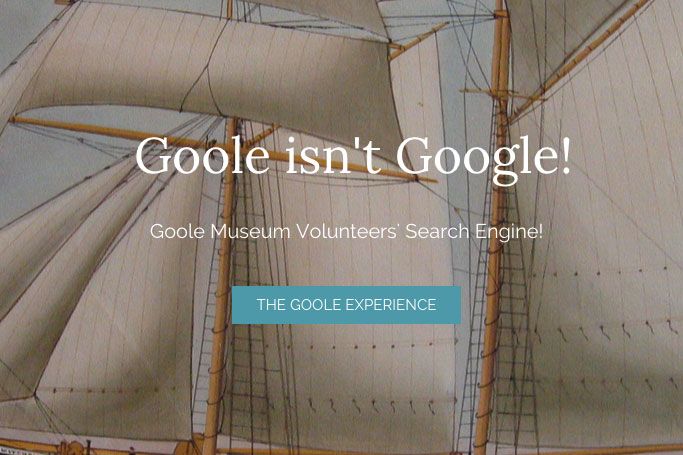 Instead of Googling, try Gooling! Just don’t expect to find much.

Goole, UK, Is Rebelling Against Google