What is Mountain Dew, exactly? According to the CEO of Pepsi (quoted in an excellent BuzzFeed investigation into the question from this weekend), it’s “an attitude. It’s a fantastic attitude in a bottle.” The flavor is … some sort of … citrus? “We don’t try to say what color the product is internally,” the vice-president of marketing says.

About the only thing you can say for certain about Mtn Dew (as it is stylized on the bottles) is that it’s the official soda of the internet. Surpassed only by Doritos as a signifier of nerd-dom, it’s essentially the base of the food pyramid for people who spend marathon sessions in front of a computer.

The reasons for this are in part practical and historical. Dew has more caffeine than Coke or Pepsi, and naturally, programmers and computer geeks gravitate toward the most caffeinated by the numbers: If you have a dungeon raid to undertake or a thorny programming problem to untangle, only coffee can do you better (but requires more effort and upkeep). And once Dew became known as the geek’s drink of choice, it entered programmer lore. You can find it in coding manuals; some developers have constructed pages devoted to accomplishments that were fueled by Dew. In the 1995 book The Dynamics of Software Development, Jim McCarthy writes that one of the main ways a manager can support his programmers “is simply buy large quantities of Mountain Dew.”

Mountain Dew has therefore become a slight pejorative, often appearing in the same sentence as neckbeard or hard-core gamer. YouTube star Steven Williams, also known as boogie2298, frequently uses Mountain Dew as a trope when portraying his character, Francis. Francis is also known in some circles as Captain Logic, a (slightly) exaggerated parody of a certain subset of Redditors. 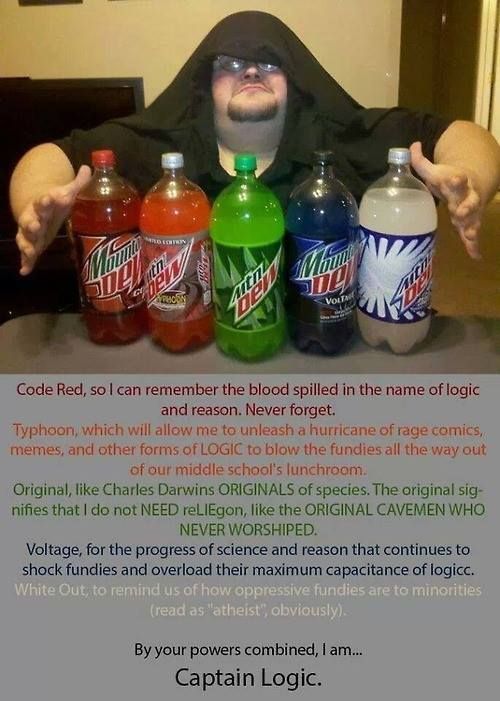 Of course, this didn’t happen without PepsiCo’s help. Dew marketing aggressively targets some of the most diligent internet users: gamers and programmers. Starting in 2007, the brand has released limited editions of something called Game Fuel every few years, tying into releases of Halo or World of Warcraft or Call of Duty.

But doing the Dew is not without its hazards. The drink was also embroiled in a scandal in the gaming community known as Doritosgate, years before Gamergate made it “about ethics in games journalism.” In the end, the controversy boiled down to the fact that people didn’t trust journalist Geoff Keighley because he appeared on-camera conducting interviews surrounded by branded product placement for Doritos and Mountain Dew. Before Gamergate exploded, this image was shorthand for supposed corruption in the gaming press: 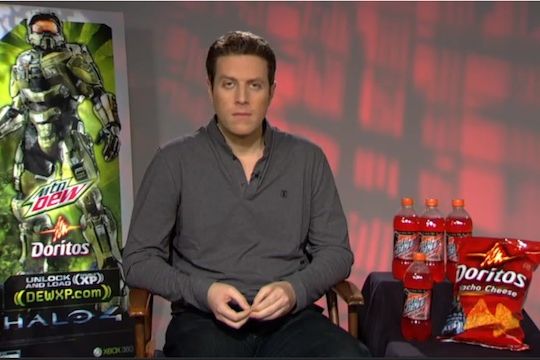 Never one to let an opportunity for corporate synergy to slip through the cracks, Pepsi started testing a Doritos-flavored Mountain Dew last year. Hey, at least you can definitely say what this one tastes like. (Despair.)