Following the news that University of Missouri president Tim Wolfe would resign following pressure and a boycott from students, the campus’s Yik Yak — the anonymous, up-voting, location-based messaging app and the hell we deserve in 2015 — has devolved into a lot of complaining and not-quite-outwardly racist statements from student in the vicinity.

But it is a good app for seeing what college students think lots of people believe, but are afraid to say out loud. And at Mizzou, that means a lot of banal, self-interested racism and willful ignorance.

Some users are saying that the incident has only caused them to become more racist.

Some are leaving the school.

Some are stoked that class got cancelled. 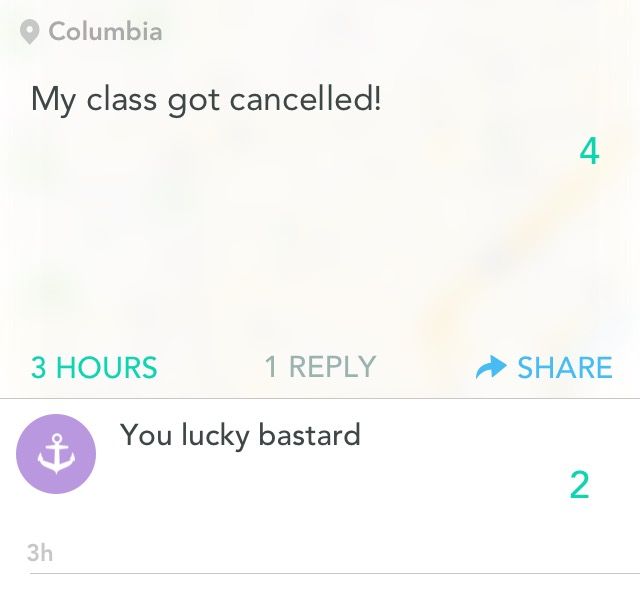 Some are trying to bring everyone together with that dank kush.

Some have missed the point.

Some are unfamiliar with the flawed doctrine of “separate but equal.” 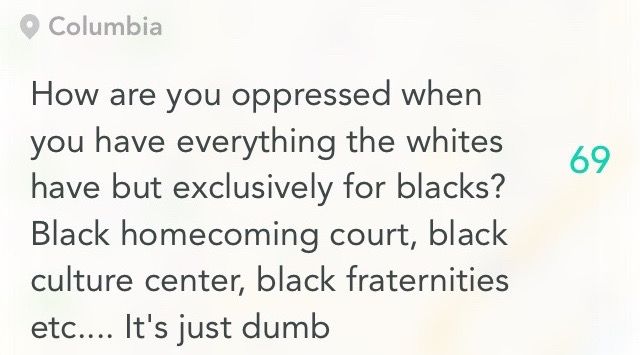 Some would like John Cena to weigh in on the matter. 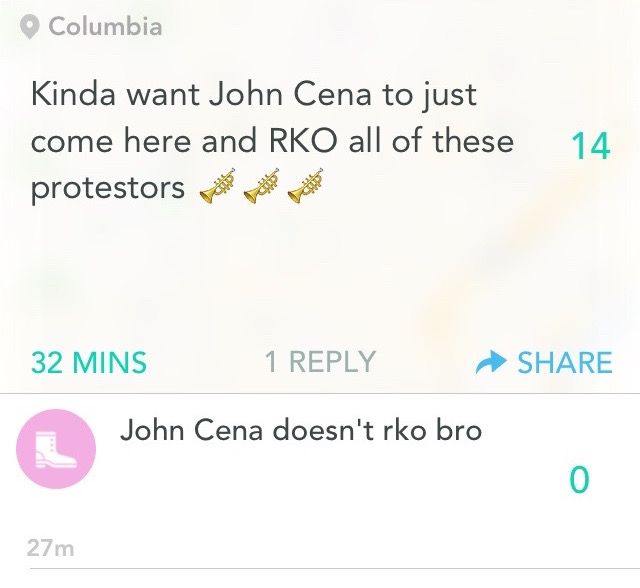 In the end, though, many of the students are just your regular college kids, singularly focused on one thing. 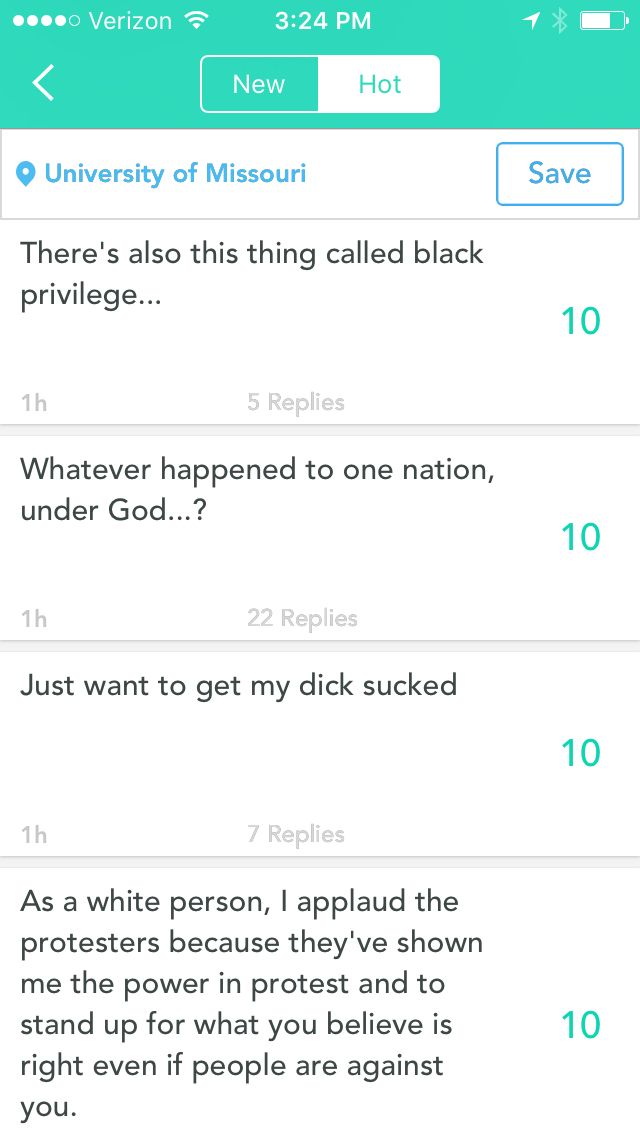 The Mizzou Yik Yak Is What You’d Expect Today