A photo of Bieber posted to the forums of pop-music site ATRL was immediately seized by the Tumblr Shady iTunes Edits: “It has been confirmed that Justin Bieber’s brother, Joob Bieber, has recently been released from his life CHAINED to a bucket in their mother Pattie’s attic.” I cannot personally confirm the existence of Joob Bieber, but I want to believe. He has proven extremely popular on Tumblr, at any rate. 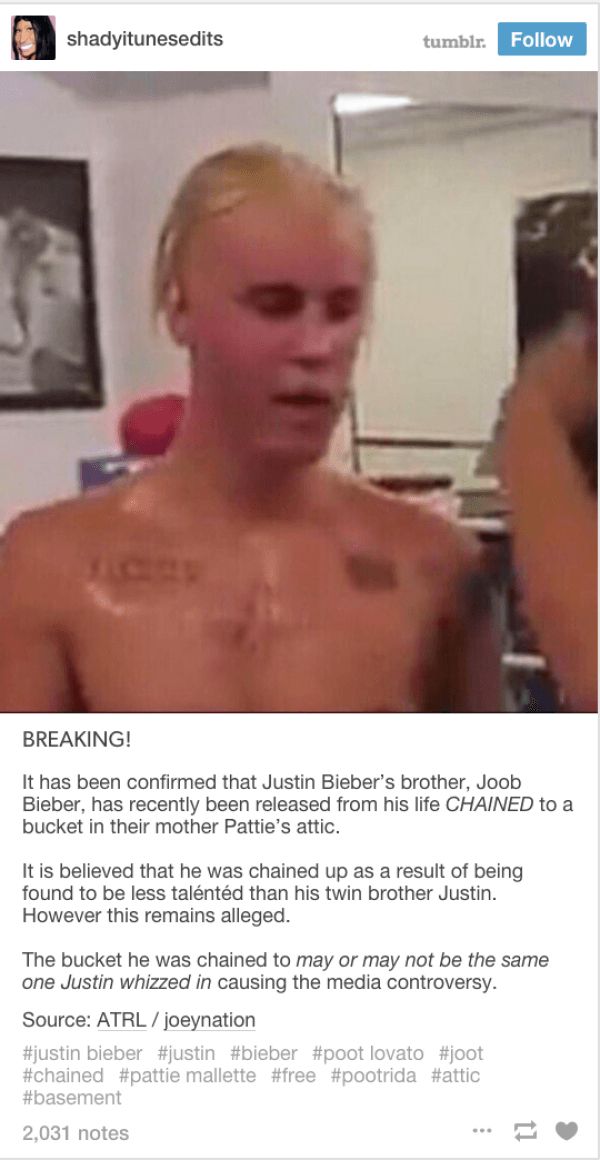 Is Joob single, you’re wondering? Perhaps he is dating Poot Lovato, his predecessor in pop-star internet’s bizarro-celebrity mirrorscape by about a month. Poot! We love you, Poot! 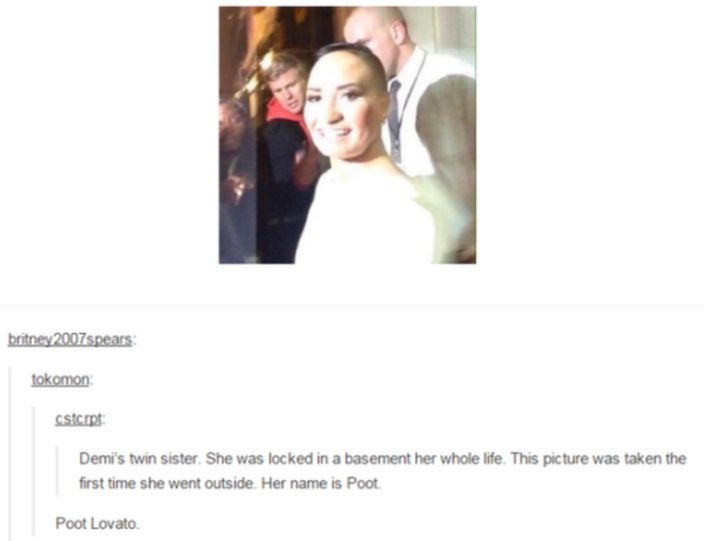 The Twisted-Hell Mirror of Joob Bieber

THE FEED
14 mins ago
the national interest
the national interest
The Conservative Playbook for Deflecting Anger After Mass Shootings
By Jonathan Chait
Ignoring the obvious connection between gun deaths and lax gun laws in three easy steps.
3:09 p.m.
what we know
what we know
Gunman Kills at Least 19 Children and Two Teachers at Texas Elementary School
By Intelligencer Staff
The deadliest massacre of its kind since Sandy Hook.
2:10 p.m.
texas school shooting
texas school shooting
Beto O’Rourke Confronts Greg Abbott Over Shooting: ‘This Is on You!’
By Matt Stieb
The Democratic candidate for governor interrupted a press conference about the elementary-school shooting before he was pulled away by security.