Yesterday, Hunter Moore, the founder of notorious revenge-porn website Is Anyone Up was sentenced to two years in federal prison. Is Anyone Up featured nude photos used without their subjects’ consent and were often accompanied with personally identifiable information such as names and addresses.

Moore’s website, and the numerous copycats that it spawned, has spurred legislatures to take action. Before three years ago, according to the Huffington Post, “only three states in the U.S. criminalized the unauthorized distribution of private sexual images.” That number now stands at 26.

Ironically, the sentencing documents pertaining to Moore’s case were sealed, in order to protect his privacy. 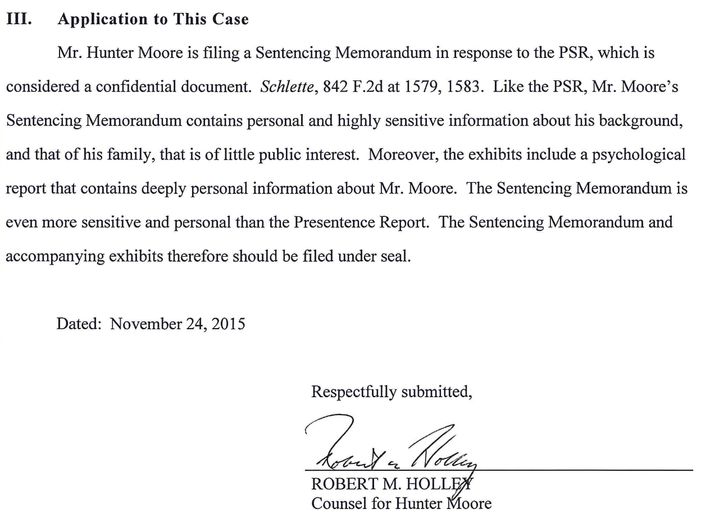 Hunter Moore Is Going to Prison for Two Years

THE FEED
5:05 p.m.
what we know
what we know
Did China’s Alleged Spy Balloon Mission Backfire? Updates
By Chas Danner
It’s possible the whole saga will end up being a U.S. intelligence win.
8:00 a.m.
early and often
early and often
Has Pete Buttigieg’s Dream Job Turned Into a Nightmare?
By Ed Kilgore
It turns out Transportation secretary won’t be a quick and easy layover on the way to higher office for Mayor Pete.
2/4/2023
early and often
early and often
The Democrat Who Could Take Down Kyrsten Sinema
By Ben Jacobs
Ruben Gallego will try to fulfill the left’s dreams by challenging Arizona’s newly independent U.S. senator.