The tanuki, a Japanese species sometimes called a “raccoon dog,” is perhaps best known in the West — if it’s known at all — for appearing in a classic Mario game and being a trickster god with giant testicles (there’s an entire Tom Robbins novel based on this legend). But, as the internet is finding out today, tanuki are real, and they’re spectacularly cute.

Photos of a tanuki named Tanu playing in the snow have been making the rounds since Tanu’s owner, @chibi_tori, posted them early this morning. After a write-up on BuzzFeed, tanuki made the list of trending topics, and now the whole world is mad for the cute raccoon-thing with the giant balls.

And why not? Look at him. 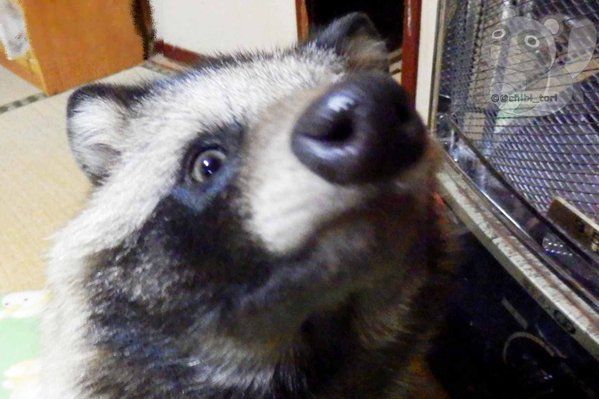 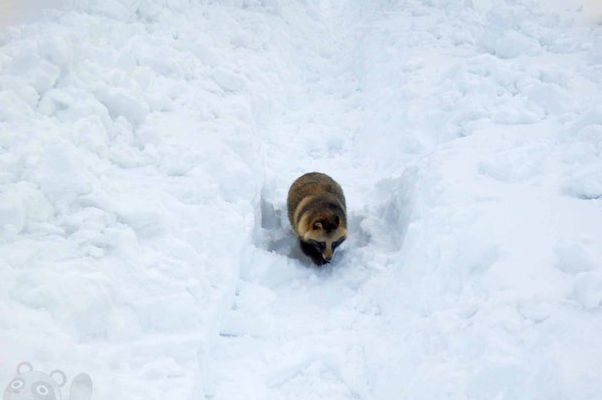 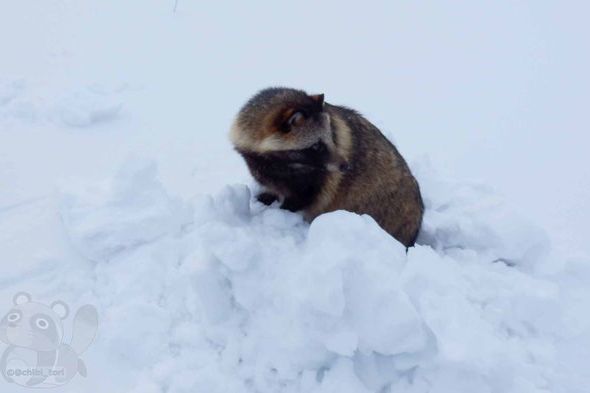 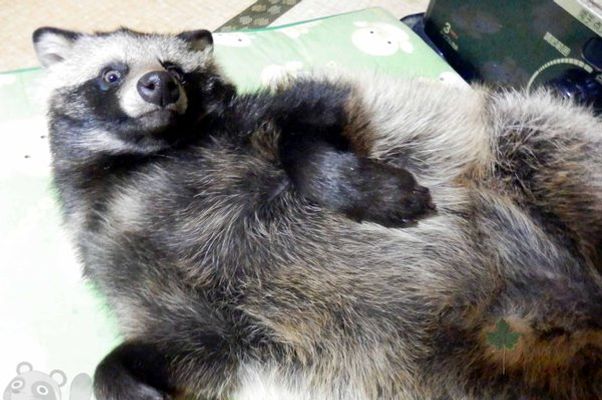 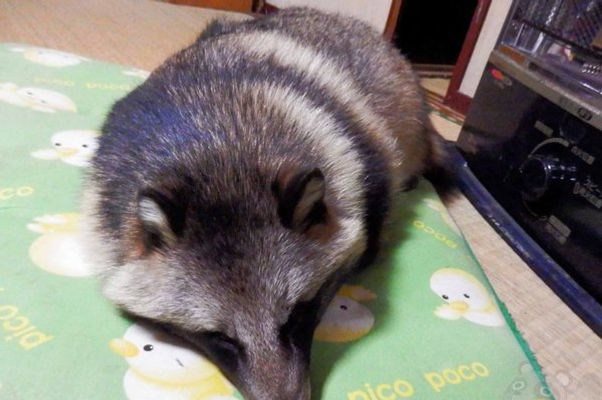 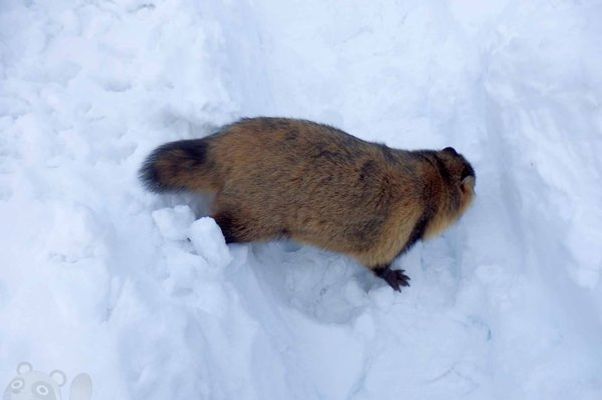 @chibi_tori tells BuzzFeed he found Tanu abandoned last June and has been raising him as a pet. During the winter, the little guy mainly just wants to sleep inside next to a warm stove.

THE FEED
12 mins ago
international affairs
international affairs
Group of American Missionaries Kidnapped in Haiti: What We Know
By Chas Danner
A busload of 17 people, including three children, were allegedly kidnapped by a notorious gang outside Port-au-Prince on Saturday.
9:00 a.m.
the money game
the money game
Why the ‘Big Short’ Guys Think Bitcoin Is a Bubble
By Michelle Celarier
Are they onto something huge again — or just fighting the last war?
10/16/2021
crime
crime
Robert Durst Has COVID, Is on Ventilator
By Chas Danner
The real-estate heir and convicted murder was sentenced to life in prison without parole on Thursday.

10/16/2021
puerto rico
puerto rico
Fed Up Over Power Outages, Puerto Ricans Took to the Streets
By Paola Rosa-Aquino
Thousands marched on Friday to highlight continuing outages, rising bills, and concerns about the privatization of the power grid on the island.
10/16/2021
past is prologue
past is prologue
Joe Biden Is Not Jimmy Carter, and This Is Not the 1970s
By Ed Kilgore
The right’s facile comparisons of the two presidents miss the vastly different circumstances facing Biden and distort Carter’s record.
10/15/2021
politics
politics
British Lawmaker Stabbed to Death During Meeting With Constituents
By Nia Prater
The gruesome attack has been declared a terrorist incident.
10/15/2021
unsolved mysteries
unsolved mysteries
Does Trump Want Me to Think He’s Into Golden Showers?
By Margaret Hartmann
I do not want to believe the pee-tape story, so I would appreciate it if Trump would stop offering suspicious denials no one asked for.
10/15/2021
education
education
Will Ending Gifted and Talented Programs Help Desegregate Schools?
By James D. Walsh
Even parents and advocates of the programs acknowledge how much they have disadvantaged Black and brown students.
10/15/2021
assessment
assessment
Can Eric Adams Really Turn 25,000 Hotel Rooms Into Affordable Housing?
By Kevin T. Dugan
Even after all the past year’s closures, that’s a lot of real estate.
10/15/2021
tourism
tourism
Fully Vaccinated Travelers Can Visit U.S. Starting November 8
By Paola Rosa-Aquino and Chas Danner
The U.S. will soon allow fully vaccinated visitors from more than 30 countries, including via the borders with Canada and Mexico.
10/15/2021

U.S. to ease Covid travel entry rules, require vaccinations for foreign visitors on Nov. 8
—NBC News
10/15/2021
the national interest
the national interest
5 Theories on What Kyrsten Sinema Wants
By Jonathan Chait
Is she just the Glenn Greenwald of senators?
10/15/2021
just checking in
just checking in
So What Are Trump’s Cabinet Members Up to These Days?
By Margaret Hartmann
Ben Carson is starting his own Boy Scouts, Mike Pompeo is denying he plotted to kill Assange, and Wilbur Ross is dreaming of Trump condos on the moon.
10/14/2021
virginia gubernatorial election
virginia gubernatorial election
Youngkin Dances Around Insurrection Flag Rally Held to Promote His Candidacy
By Ed Kilgore
Bannon and Trump showing up to honor January 6 and Youngkin’s candidacy is not what the candidate needs to charm swing voters.
10/14/2021
the city politic
the city politic
De Blasio Could Have a Great Final Act — Under One Condition
By Errol Louis
The mayor can’t let his gubernatorial dreams prevent him from making tough political decisions.
10/14/2021
hurricane ida
hurricane ida
New York Doesn’t Need Its Own Forecast. It Needs a Forecast Communicator.
By Alissa Walker
“It’s very clear that the blatant breakdown of communication is what needs to be adjusted.”
10/14/2021
media
media
Nicholas Kristof to Attempt Rare Columnist-to-Politician Pivot
By Benjamin Hart
The longtime New York Times columnist is really doing it; he quit the paper as he gears up to run for governor of Oregon.
10/14/2021
organized labor
organized labor
Welcome to Striketober
By Sarah Jones
What’s really behind the wave of national strikes at John Deere, Kellogg’s, and more.
10/14/2021
intelligencer chats
intelligencer chats
How Government Could Make the Inflation Problem Worse
By Benjamin Hart and Eric Levitz
With politically damaging price increases showing no signs of easing, it may be tempting to take counterproductive measures.
10/14/2021
politics
politics
Women and Trans Inmates to Be Transferred Out of Rikers
By Nia Prater
This move comes as state and local officials are trying to grapple with the crisis at Rikers that has resulted in multiple inmate deaths this year.
10/14/2021
january 6
january 6
Trump Doesn’t Care How Ashli Babbitt Died
By Zak Cheney-Rice
The grim reality behind the ex-president’s “happy birthday” message to the slain Capitol rioter.
10/14/2021
economy
economy
Neoliberalism Died of COVID. Long Live Neoliberalism!
By Eric Levitz
How the predominant ideology of our time survived the pandemic.
10/13/2021
big lie
big lie
Trump Says Republicans Must Solve the Big Lie or Their Voters Won’t Vote
By Ed Kilgore
It’s unclear how Trump’s phony fraud incidents can be solved by a party that opposes federal election legislation. But it keeps the focus on himself.
10/13/2021
politics
politics
Democratic Losses in 2022 Won’t Doom Biden’s Reelection
By Ed Kilgore
Clinton and Obama bounced back after their party’s poor midterm performances, and Biden will have the benefit of incumbency in 2024.
10/13/2021
covid-19
covid-19
FDA Sees Promise in J&J Booster But Finds Issues in Data
By Nia Prater
The agency couldn’t independently verify the company’s data and noted that one study’s result might have been due to a test’s low sensitivity.
10/13/2021
politics
politics
Why Republicans May Go All In on Parental Rights
By Ed Kilgore
Virginia gubernatorial candidate Glenn Youngkin thinks defending parents’ rights to dictate what happens in schools appeals to swing and base voters.