As time marches on unceasingly toward the heat-death of the universe, all things must submit to the forces of age and entropy. What was new becomes old; what was fresh is stale. Even Pokémon, which turns 20 on Saturday.

Pokémon, invented in 1996 by Satoshi Tajiri, started off as a Game Boy game but quickly birthed a multimedia behemoth. The games didn’t show up Stateside until 1998, and by then an anime series and massively popular trading card game had already debuted in Japan, with an avalanche of feature films, toys, and apparel soon to follow. Even two decades later, Pokémon is still a massive breadwinner for Nintendo. Earlier today, the company announced the next pair of games in the franchise, Pokemon Sun and Moon.

#PokemonSunMoon are coming to the Nintendo 3DS family of systems in late 2016!https://t.co/uF3yUWkgjS

It’s hard to believe that only two decades ago, these pocket monsters were unleashed across Japan, spawning a worldwide craze that continues to this day. If you went to elementary school between 1996 and 2008, you know about Pokémon. It was the most important thing in the world. Even if you didn’t own a Game Boy, you knew who Pikachu was. You loved Pikachu. Your dad loved Pikachu. “I love Pikachu so much” is the first thing your mom used to say every morning when she got out of bed. Your older brother went to prom with Pikachu. What I’m trying to say is, Pokémon: very popular.

If I were to ask a collection of people between the ages of 18 and 30 “What’s your favorite Pokémon?” the odds are pretty good that I’d get a wide array of answers. (That being said, I recently asked this question of each major-party presidential candidate and received no answers.) There are, after all, 721 known species of Pokémon (according to Bulbapedia, the premier resource for Pokémon info).

The odds are very good, however, that most people would choose a favorite toward the lower end of the scale, probably within the first 151 Pokémon. This group — the original batch — is held in high regard as the best batch of Pokémon. It has all your favorites: Pikachu, Charmander, Bulbasaur, Squirtle, Mew, et cetera, et cetera.

The early Pokémon are generally simple creations; obvious animal analogs with elemental powers. Pikachu was an electric rodent; Squirtle was a turtle with, I guess, water powers; Charmander was a fire lizard.

But as new Pokémon continue to be designed, the animals and plants available to Nintendo’s game creators obviously start to dwindle. All the cool ideas have been used. How many different snakes can be Pokémonized?

In the later games, the Pokémon get better, in my opinion, because their creators get desperate.

There’s Gurdurr, the construction Pokémon that carries a steel I-beam. 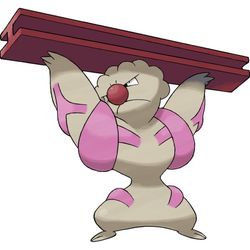 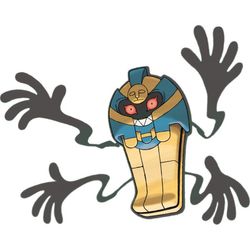 There’s Gothita, an honest-to-goodness goth Pokémon (who later evolves into Gothorita and Gothitelle). 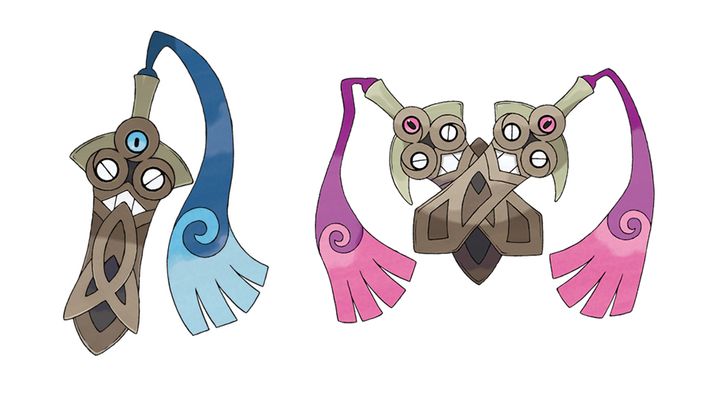 They feel so much weirder, so much more specific, so much more fuck-it-we’ll-do-it-live, than the earlier, just-a-cool-looking-cat Pokémon.

But my personal favorite Pokémon is not in the first 151. Out of 721 Pokémon, it falls three-quarters of the way down the list, at number 568. Meet Trubbish. 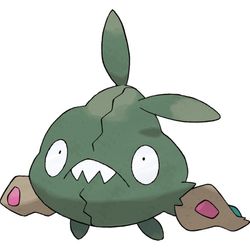 Trubbish, in case you couldn’t tell, is a Garbage Pokémon. It is a Garbage Pokémon in multiple respects. First of all, it is literally a bag of trash with a face. Secondly, Trubbish is garbage in the sense that, having already created 567 other unique creatures, the Pokémon brain trust decided, “Fuck it, we’re making a Pokémon that is an actual sentient garbage bag.” Trubbish is what happens when you’re scraping the bottom of the barrel. I love it.

Trubbish is, like all great jokes online, insanely relatable. Here are some descriptions of the heinous, adorable monster from various Pokémon games.

Inhaling the gas they belch will make you sleep for a week. They prefer unsanitary places.

The combination of garbage bags and industrial waste caused the chemical reaction that created this Pokémon.

Trubbish can evolve into Garbodor, who is literally (literally) just a bigger pile of trash.

The very existence of Trubbish makes me feel like anything is possible. Whenever I think a long-planned goal will never be accomplished, a long-held dream never realized, I take a step back, and say to myself: “Someone on the Pokémon team created a sentient bag of garbage with eyes and a mouth whose name is a portmanteau of ‘trash’ and ‘rubbish’ and then showed it to his or her boss, and the boss was like, ‘Yes, good, let’s put that in the game, definitely.’” That’s amazing. Anything can happen.

Happy 20th birthday, Pokémon. Thank you for Trubbish, a cute bag of crap.

THE FEED
10:51 a.m.
what we know
what we know
Texas School Shooting Investigation Descends Into a Mess
By Intelligencer Staff
Officials give contradictory statements and parents say they were ignored and arrested trying to save their children.
10:50 a.m.
the national interest
the national interest
Republicans Block Bill to Monitor Their Violent Allies
By Jonathan Chait
“Domestic extremists — hey, that’s us!”
8:00 a.m.
just asking questions
just asking questions
A Different Way to Prevent Mass Shootings
By Benjamin Hart
Talking with Mark Follman, whose new book explores how behavioral threat assessment could help a country paralyzed by gun violence.