I am a city-dwelling young person, so the idea of owning a home to me is not really dissimilar from the idea of owning an island, or owning a planet — only for rich, crazy people. I’m expected to stay in one place while I pay a bank run by unconvicted felons back some ludicrous amount of money for 40 years — and then what? Live there ‘til I die? Hmmm. 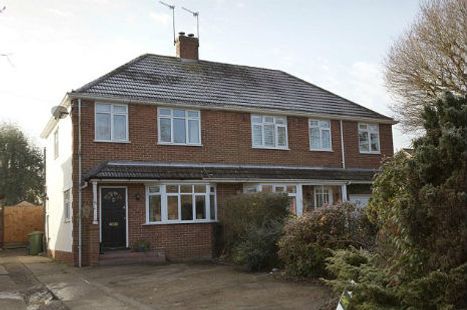 If a gun were held to my head right now, though, and I was forced to buy a home on the spot, I suppose I could do worse than this three-bedroom, two-floor home at 69 Cock Lane, which a horrible tabloid delightfully calls “the rudest address in Britain,” in Fetcham, Surrey, U.K., a town that Wikipedia says “has a mill pond, springs and an associated nature reserve.” Perfect.

Nice, 69 Cock Lane Is for Sale