It’s recently come to light that rolling the date on an iPhone back to January 1, 1970, can turn the device into a useless brick. There’s no easy software fix, so you’ll have to take it into an Apple Store, where it’ll likely have to be replaced. But what’s so catastrophic about 1/1/70, and why would anyone set their phone to that date in the first place?

Unix, and a bunch of Unix-based software (like Apple operating systems!), express time in terms of the number of seconds that have passed since 1/1/70. That date has a time value of zero (or less than zero, depending on what time your phone is set to and what time you’re in). And that’s what seems to trigger the bug. Wired’s Brian Barrett reports this is probably the same glitch that caused Facebook to congratulate some users for being on the site for 46 years.

But most people don’t know that, so when they see a convincing-looking image meme that says changing your clock to 1970 will unlock “a classic Macintosh theme to relive the magic on your iPhone,” there’s a chance they’ll actually try it. Never mind that Apple wasn’t even around in 1970, when Steve Jobs was still in high school, getting high and reading Moby-Dick. 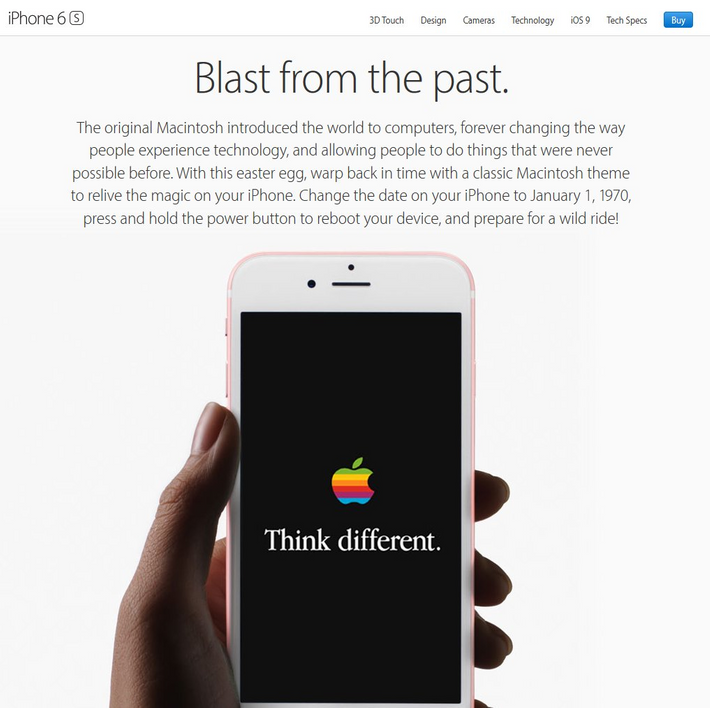 This hoax allegedly came from 4chan, and people have been falling for it all over Facebook and Reddit. For right now, it’s easy to avoid — just don’t change the date on your phone. But people in Reddit’s iPhone jailbreak forums have speculated that, because most iPhones are set to automatically pull the current time from a server, someone malicious could theoretically set up a Wi-Fi hotspot that would brick any phone connected to it.

No word from Apple on a fix yet.

Also not fixed is a website called crashsafari.com, which emerged in January and does exactly what it says on the tin. If you visit it from an Apple device, it’ll either crash your browser or force your phone to restart. Apple knows about that one, though, and has promised a fix in a future update to iOS.

Setting Your iPhone’s Clock to 1970 Will Kill It