Snapchat rarely makes acquisitions, but it made a big one today, purchasing Bitmoji for more than $100 million, according to The Wall Street Journal. Exactly what the popular photo-messaging app needs Bitmoji for remains unspecified, but the popularity of Bitmoji cannot be denied. Since the app — which lets users create cartoon avatars and insert them into prefab images — debuted in 2014, it’s stayed in the top 100 on the iOS app store.

The purchase, while definitely out of the blue, isn’t entirely inexplicable. Incorporating Bitmoji into Snapchat could get more people to use the service for messaging outside of photos and videos (Snapchat does have a text-chat feature that often goes un-emphasized in discussion of the service). Think along the lines of more complex emoji.

Blackstock told me that 90 percent of Bitmoji sharing happens in private spaces—text messages, email, group chats. A pair of texting partners can mirror the exact facial expression back at one another, their lips turning up to form the same wry smile, their cheeks blushing a matching hue. And because Bitmoji’s emotional palette is so vast, a relevant reaction is always at your fingertips. It’s difficult to express unabashed excitement, genuine affection, or emotional vulnerability in the presence of another human being. Why not let cartoon you do it instead?

But Bitmoji itself is not a messaging app. It simply creates content for use on other platforms. Repurposing it as a first-party tool — especially one as popular as Snapchat’s — would likely increase the cartoon-y avatars’ use, not place them further out of reach. And Bitmoji is already striking deals for sponsored image-sets in the same way that Snapchat sells sponsored filters. Great content that inserts you into your favorite cultural properties. Like Borat! 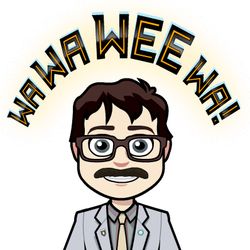 Bitmoji could also be worked into the app’s popular Lens, virtual face masks that automatically follow your movements and expressions. Imagine, if you will, a nightmare world in which your cartoon Bitmoji avatar is mapped onto your real face, bringing to life an unholy hybrid of man and machine. Just a thought. :)

The acquisition, overall, feels like an attempt for Snapchat to get back to one-on-one messaging, having already built out its extremely popular public Stories tool and invited a certain subset of publishers to place their content on the app natively. It’s building out the final point in its trifecta of public, semi-public, and private. Soon, you won’t even have to spell out emotions, you’ll just be a couple button taps or hotkeys away.

8:00 a.m.
supreme court
supreme court
Why Same-Sex Marriage May Not Be Doomed at the Supreme Court
By Jay Michaelson
Samuel Alito’s opinion matters more than that of Clarence Thomas.
7/6/2022
foreign interests
foreign interests
This Really, Really, Really Might Be the End for Boris Johnson
By Benjamin Hart
After the umpteenth scandal of his tenure, the prime minister is rapidly losing support from his political allies.
7/6/2022
politics
politics
Biden Is Now Polling Worse Than Trump Was at the Same Point in His Presidency
By Ed Kilgore
Until recently, the Democrat could compare himself favorably to his deeply unpopular predecessor. It’s not so clear anymore.
7/6/2022
what we know
what we know
Highland Park Shooting Death Toll Rises to 7: Updates
By Intelligencer Staff
The 21-year-old gunman appears to have picked his targets at random, police said, and his motive remains unclear.
7/6/2022
lgbtq rights
lgbtq rights
The Right’s Dangerous ‘Just Asking Questions’ Anti-Trans Campaign Is Working
By Malcolm Harris
How Matt Walsh’s new documentary is empowering the faithful to take action.
7/6/2022
the money game
the money game
The Last Fad of the Crypto Bubble
By Kevin T. Dugan
Making money by walking seemed too easy. I fell for it anyway.
7/5/2022
plagued
plagued
The BA.5 COVID Surge Is Here
By Chas Danner
The worrisome Omicron subvariant, which is better at reinfecting people than any other, is now the most dominant strain in the U.S.
7/5/2022
sticker shock
sticker shock
Why Don’t Democrats Care About the Housing Emergency?
By Ross Barkan
Once the domain of big cities, the surging cost of rent across the country is driving record inflation.
7/5/2022
the group portrait
the group portrait
Abortion Is Still Legal in Trigger-Law States, Thanks to These Lawyers
By Sarah Jones
The post-Dobbs fight has just begun.
7/5/2022
the inside game
the inside game
The 3 Most Important Races in the Post-Roe Midterms
By Gabriel Debenedetti
“The stakes have gone up because these races are fundamental to protecting democracy and abortion rights.”
7/3/2022
early and often
early and often
Read the Nastiest Lines From Trump’s $75 Burn Book
By Margaret Hartmann
The cash-grab coffee-table book Our Journey Together is filled with mean captions written by Trump himself. Here are his most unpresidential musings.
7/3/2022
life after roe
life after roe
Will Dobbs Change the Way We Feel About ‘Good’ Republicans?
By Ed Kilgore
It’s time to reconsider whether to keep lionizing people like Mike Pence and Liz Cheney.
7/3/2022
the city politic
the city politic
New York’s Primaries Were Decided by Politics As Usual
By Errol Louis
Despite national upheaval, the turnout and results remained distinctly normal.
7/2/2022
headaches
headaches
Yep, July 4 Weekend Air Travel Is a Complete Mess
By Chas Danner
More Americans are hitting the skies than did in 2019 before the pandemic, and the increased delays and cancellations will likely continue all summer.
7/2/2022
life after roe
life after roe
Could Dobbs Be Reversed Like Roe Was?
By Ed Kilgore
As the fight for abortion rights shifts to the states, advocates shouldn’t give up on eventually prevailing in the Supreme Court.
7/2/2022
games
games
It’s Not Too Early to Get Excited About a Subway Series
By Will Leitch
The Mets and Yankees are simultaneously great for the first time in ages.
7/1/2022
sports
sports
Brittney Griner’s All-But-Predetermined Trial Begins
By Benjamin Hart
The WNBA star is likely to be convicted and faces up to ten years in Russian prison.
7/1/2022
just checking in
just checking in
So What Is Rudy Giuliani Up to These Days?
By Margaret Hartmann
Trump’s former attorney has been keeping busy by dealing with January 6–related legal woes, making weird videos, and arguing with parade hecklers.
7/1/2022
the national interest
the national interest
The Democratic Party Needs Better Moderates
By Jonathan Chait
The centrists have lots of complaints but no solutions.
7/1/2022
the city politic
the city politic
Waiting (and Waiting) for an Adams Doctrine
By David Freedlander
Six months into a highly energetic mayoralty, how has Eric Adams changed the city — if at all?
6/30/2022
u.s. supreme court
u.s. supreme court
Supreme Court Agrees to Hear Case That Could Gut Voting Rights
By Ed Kilgore
Odds are good the conservative majority will confirm total legislative control of redistricting and (more alarmingly) of all election rules.
6/30/2022
off-season drama
off-season drama
The Nets May Be Truly Screwed Now
By Matt Stieb
Kevin Durant reportedly wants out, leaving Kyrie Irving as possibly the only superstar standing next year.
6/30/2022
the body politic
the body politic
The Abortion Stories We Didn’t Tell
By Rebecca Traister
How decades of silence left us unprepared for the post-Roe fight.