There are a few general rules for being a famous person when appearing online. For one thing, never ever hold up a sign, because people will edit it. A corollary to the sign rule is to never ever look at any sort of display or picture frame, because people will edit that, too. (The natural takeaway here is to pretty much never be photographed or filmed in any capacity.)

The reason, of course, is that being photographed with a sign, or screen, increases your chances of turning into a meme by a huge amount. Case in point: this video featuring the Obamas, Prince Harry, and Queen Elizabeth promoting of the Invictus Games.

Unfortunately for you @FLOTUS and @POTUS I wasn't alone when you sent me that video 😉 - H.https://t.co/sjfSQvkzb6

Toward the end of the video, Harry shows the Queen something on his phone, which leads us to these two images. 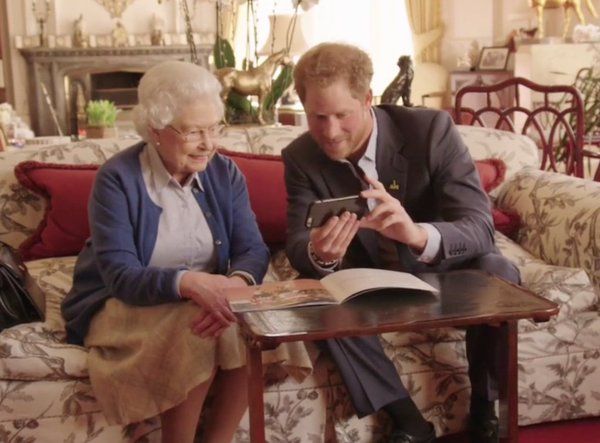 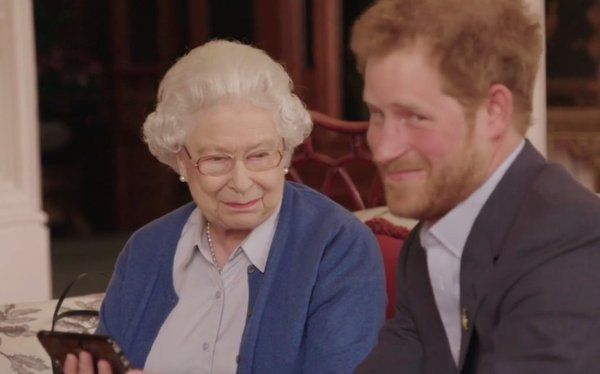 What is the Queen looking at? Twitter has a few guesses. Warning! Some of the guesses involve children’s cartoon characters in adult situations. Such as taking the form of a toilet.

If You’re a Famous Person, Don’t Look at Anything

THE FEED
17 mins ago
supreme court
supreme court
Why Same-Sex Marriage May Not Be Doomed at the Supreme Court
By Jay Michaelson
Samuel Alito’s opinion matters more than that of Clarence Thomas.
7/6/2022
foreign interests
foreign interests
This Really, Really, Really Might Be the End for Boris Johnson
By Benjamin Hart
After the umpteenth scandal of his tenure, the prime minister is rapidly losing support from his political allies.
7/6/2022
politics
politics
Biden Is Now Polling Worse Than Trump Was at the Same Point in His Presidency
By Ed Kilgore
Until recently, the Democrat could compare himself favorably to his deeply unpopular predecessor. It’s not so clear anymore.