Tonight, Kobe Bean Bryant plays his final NBA game. Many see this as the end of a beautiful era — their hero taking his final bow. Others have hated Kobe for almost two decades. But you only hate the ones you truly respect, so even haters are forced to honor him as one of the greatest to ever play the game.

True to my Williamsburg residency, I was kind of over it by the time he left Lower Merion — but even I can acknowledge the mark he’s left on the game, very clearly the player of the post-Jordan/pre-LeBron generation. It will be a bittersweet evening — but I can finally write my petty Kobe Bryant piece, on this, his last day in the National Basketball Association.

Before Kobe was signed to Nike, a place that turns great athletes into pop-culture gods (typically with the help of Wieden + Kennedy), he signed a six-year contract with Adidas. That was prior to his rookie campaign in 1996, and what a terrible time it was, producing two of the worst creations that God has ever let out of the sweatshop: The KOBE and the KOBE TWO (the latter, actually NSFW).

It was either late summer or early fall of 2000 when that fateful Eastbay catalogue showed up in our mailbox. As usual, this was the highlight of my day and I grabbed a marker, ready to sit on the toilet for two hours and circle every pair of shoes that I wanted and would subsequently not get. Circling an Eastbay was a lot like the early stages of underlining important passages in an assigned classic novel: They all seem important, which leads you to highlight 95 percent of the text.

There is that five percent, however — be it The Picture of Dorian Gray or Eastbay August 2000 — that you do know is not worth your time. What I saw in that Eastbay, I’d never seen before. And it wasn’t a positive experience: It was alarming. 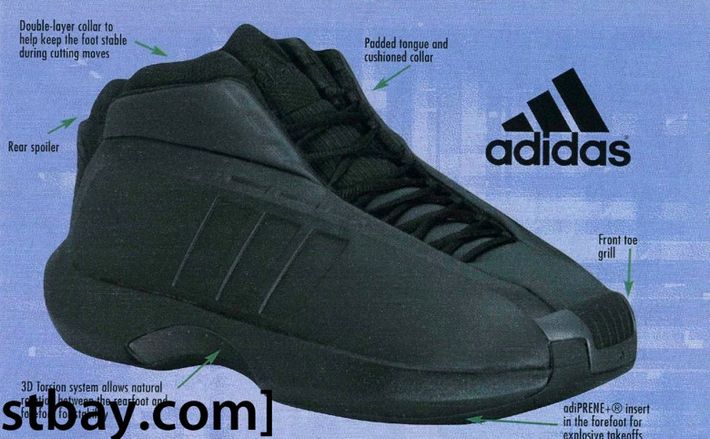 We’d have to roll the tape for proof of this, but I’m pretty sure I screamed and threw the catalogue against the wall.

“WHAT ARE THOOOOOOOOOOOOOSE,” I may have yelled. I couldn’t believe my eyes. This reaction was simply from the picture — I hadn’t even gotten to the descriptions yet. (Yes, there was plenty of word content — the late ‘90s/early ‘00s Eastbay was as much a sports blog as it was a catalogue.)

Take it away Eirik Lund Nielson, you monster: 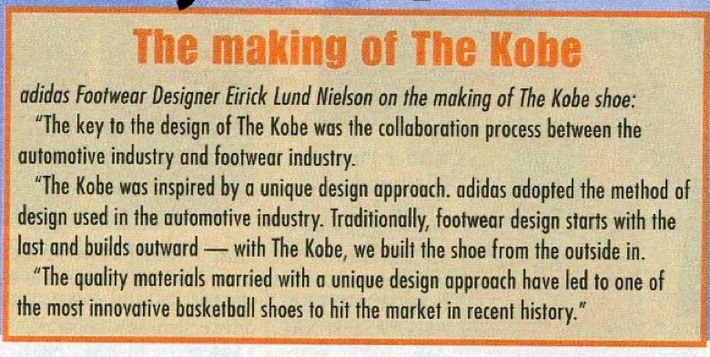 Would you look at that, Audi and Adidas sharing a co-working space in 1999 finally paid off, with the invention of The Kobe. (It was actually modeled after the Audi TT). And the details of the shoe were just as insulting: the idea of a “front toe grill” and a “rear spoiler” pained my 13-year-old brain.

And then there was this: 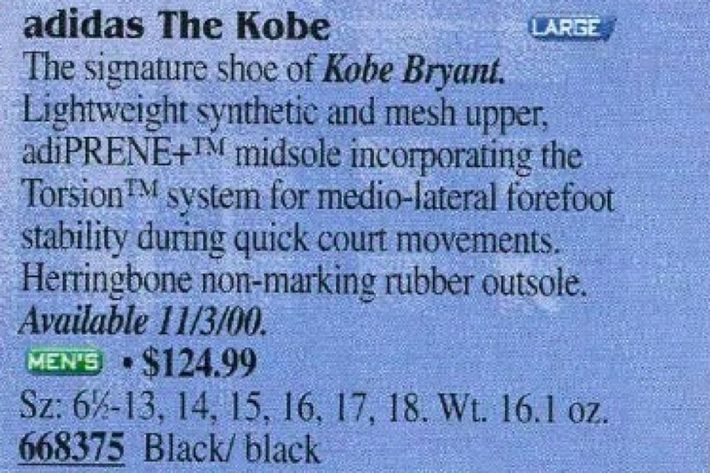 This was the day I started hating Kobe Bryant. This collection of words — half completely invented — followed by a release date and a price tag of $125 dollars was the moment I knew Kobe and I weren’t meant for each other.

I proudly never circled this terrifying shoe. And no, not even this could pique my interest: 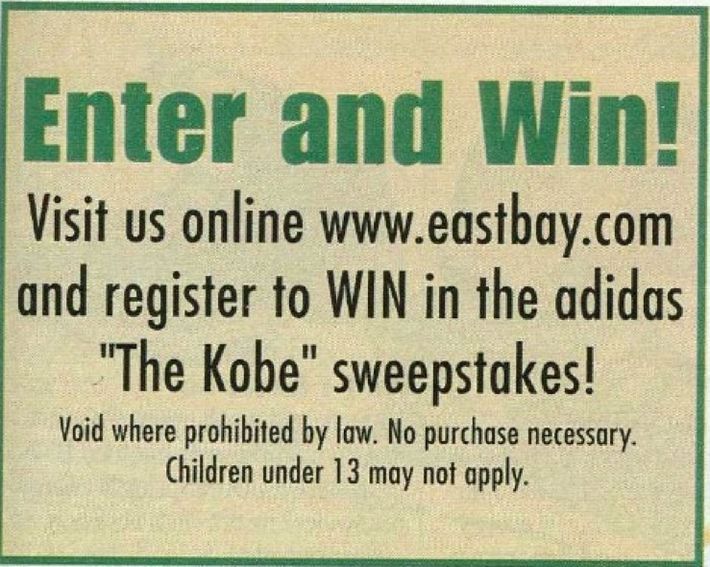 So yes, The Kobe was bad. Scary, even. But somehow it got worse. The follow-up was just an act of terror. Like, Anchorman 2 levels of why? 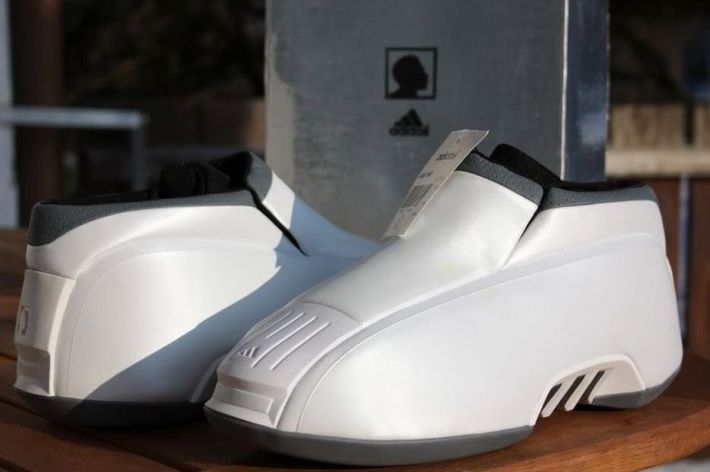 This was Kobe’s final shoe at Adidas and that should not be a surprise. The Kobe Two is that last project you put out when the record label won’t release you until there’s one more album.

Of all the things these shoes make me think to do, putting my foot inside them is 13th on the list. First of all, this is not a shoe — this is either a weapon or a miniature trundle bed. These shoes were a comedy of heavy errors. As in, if there was a fly on the wall and you wanted to kill it, you couldn’t even use the Kobe Two unless you were positive that the bug was going to die on a stud.

Seeing these two shoe releases in print made me question Kobe’s decision making, his inner circle, his business acumen, and anything that had to do with taste. But after seeing them in real life, and actually playing basketball in each — a sad friend that actually circled it in his Eastbay and then got them for Christmas let me borrow each on one occasion — my respect for Kobe actually grew. For a key portion of his career, he handicapped himself, playing in the absolute worst-possible shoes. Kobe played seasons in these shoes. Kobe hit game winners in these shoes. Kobe won titles with these shoes.

Maybe, in retrospect, mass production was the sin, and the only feet they belonged on were those of Kobe Bryant. These pieces of pure hot garbage, somehow, were Kobe’s Cinderella slippers. Who can say. All I know is that a legend is retiring today, and, in my mind, how better to toast him than to acknowledge his legacy through the lens of his finding greatness and being cool in the two ugliest, least basketball-friendly signature shoes that have been — and hopefully ever will be — created.

+Comments Leave a Comment
Kobe’s Legend, As Told Through His Ugly Sneakers