According to a new transparency report from the United States’ intelligence community, warrantless searches on Americans’ data doubled between 2013 and 2015. The National Security Agency’s database, collected under section 702 of the Foreign Intelligence Surveillance Act, features millions of digital communications collected from major internet platforms like Google and Facebook.

The estimated number of search terms “concerning a known U.S. person” to get contents of communications within what is known as the 702 database was 4,672 — more than double the 2013 figure.

Of course, you won’t find such blunt language in the report from the Office of the Director of National Intelligence, which features graphics like this: 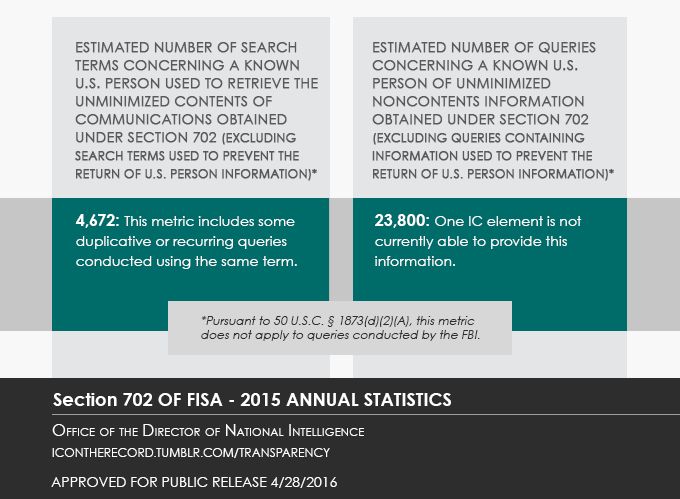 That’s pretty obtuse language for a data-collection scheme that claims to operate within legal limits! Just my take.

As the Intercept also points out, the stats don’t include any communications searches conducted by the FBI, which uses the NSA database to search for crimes not just related to national security or terrorism, but more traditional crimes as well.