There is some alarming news in the ongoing Twitter wars over Jewish people and parentheses. As you may have heard, a couple weeks ago it was revealed that online anti-Semites have been putting multiple parentheses around the names of writers they believe to be Jewish — since they usually focus on last names, “Jesse (((Singal)))” is how this would look in the wild — as part of the evolution of a dumb meme those zany Nazis have been fooling around with for a while.

When normal, non-Nazi Twitter found out about this, it responded by enthusiastically adopting the symbol in an “I am Spartacus” kind of way: Jews and many non-Jews alike started putting parentheses around their own names in their Twitter bios. This anti-anti-Semitic usage of the Jew-parentheses on Twitter now appears to be vastly more common than the meme’s original, hateful meaning.

But those resourceful, intelligent, super-cool Nazis weren’t done with everyone’s favorite way of bracketing a subsidiary point just yet. Sometimes around last week, noticing that the internet had ruined their Jew-parentheses by adopting them as a symbol of solidarity, they reversed the parentheses and put them around their own names to show that they aren’t Jewish: 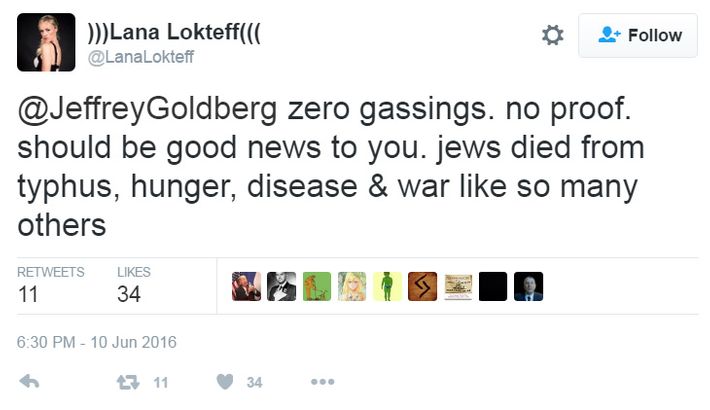 Once I found out about this, I asked Twitter to find me some other examples, and it quickly became clear that yes, this is a trend:

Excuse me while I go wash my computer. pic.twitter.com/ypLfWsouTF

We’re now in a full-blown arms race. There is nothing these maniacs won’t put parentheses or reverse-parentheses around — they are so obsessed with identifying who is and isn’t a Jew that standard grammatical usage barely exists for them. It’s madness.

And what’s scary is not just the ease with which they can parenthesize and reverse-parenthesize both their own names and the names of others — it’s the question of where things go from here. What other characters will they employ in their endless quest to encase names in symbols? Ampersands? Semicolons? Weird Nordic characters I don’t even know the name for? Anything is possible at this point. Surely )))Hitler((( would be proud at these pioneering Nazis’ online efforts, but for the rest of us, the only appropriate reaction is ¡horror!