“We’re Out!” blares the cover of Great Britain’s largest-circulation tabloids, which is one way to sum up the country’s historic vote to leave the European Union after 40 years. That “leave” vote sent shock waves across the globe just as soon as the votes were tallied. Prime Minister David Cameron has resigned. The pound plunged to a more-than-30-year low. The Dow nose-dived more than 500 points at opening. Here’s how Britain, Europe, and the rest of the world are covering the immediate aftermath of the referendum and looking ahead to what’s likely to be a trying divorce between the United Kingdom and Europe. 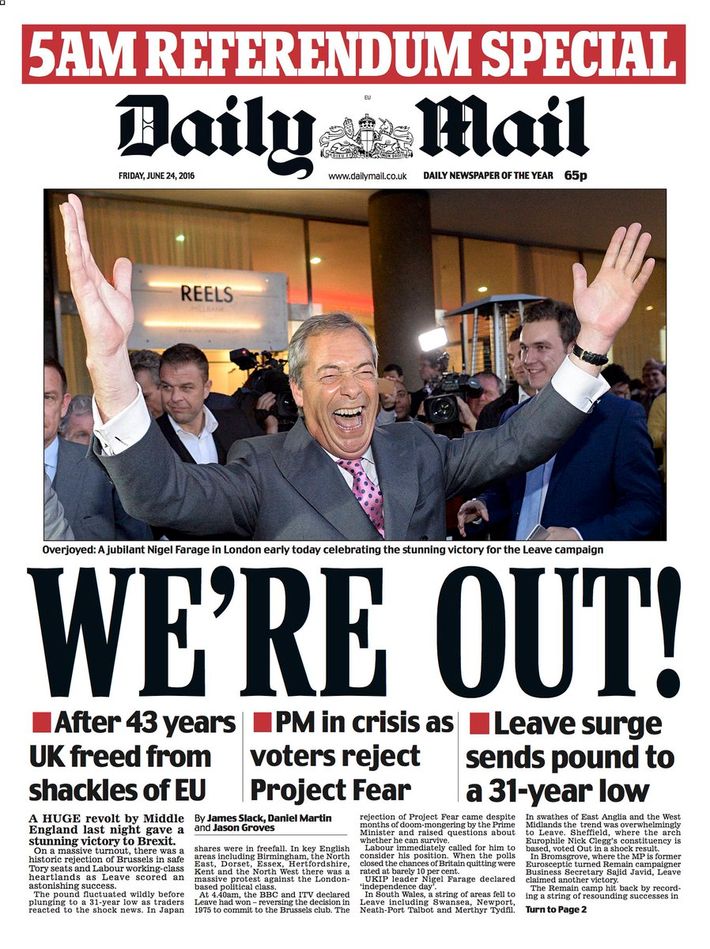 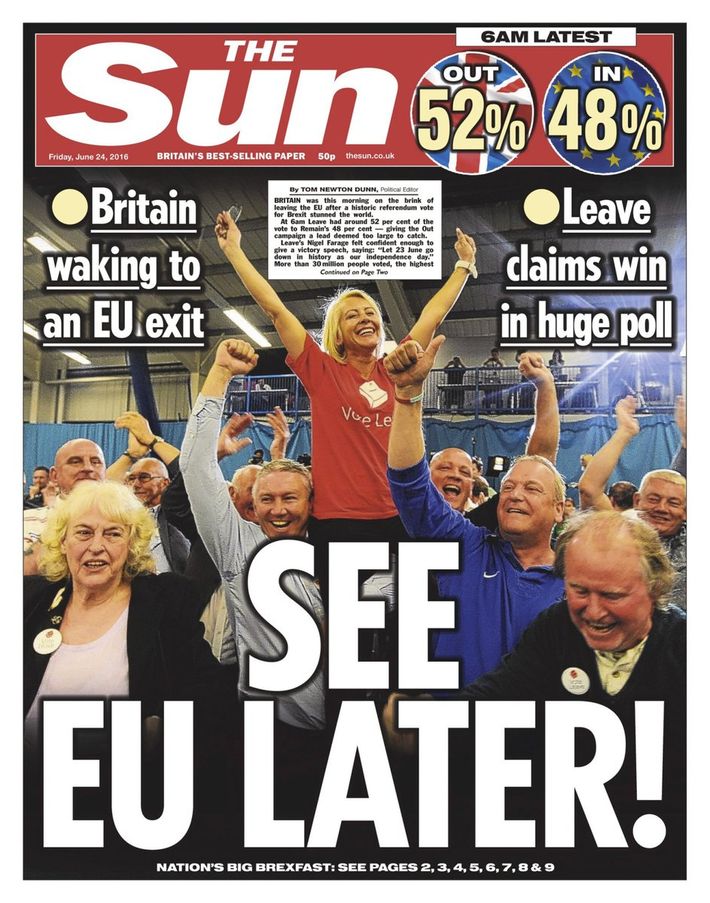 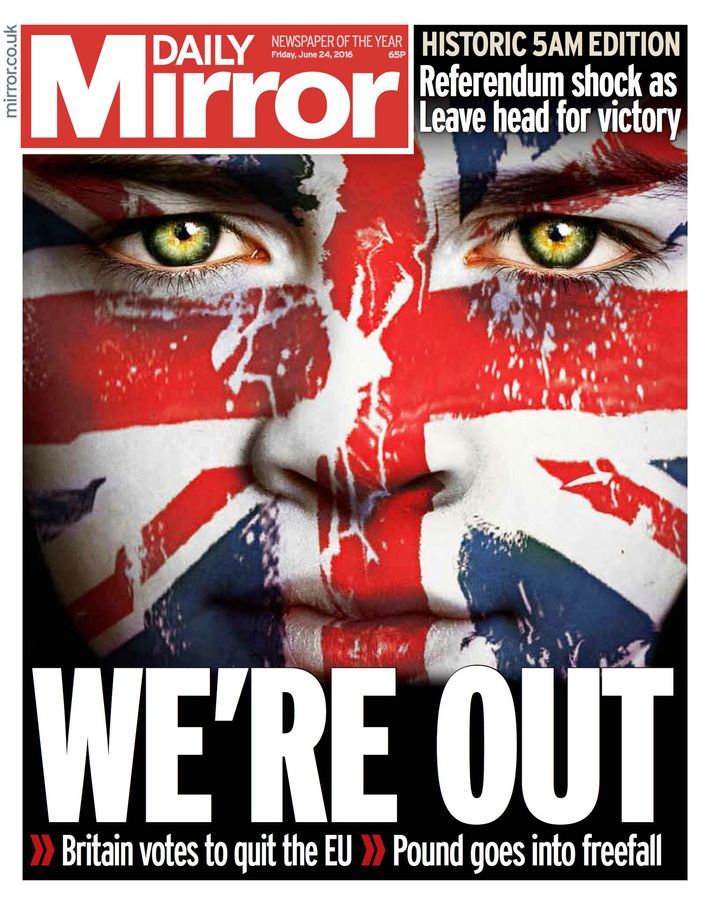 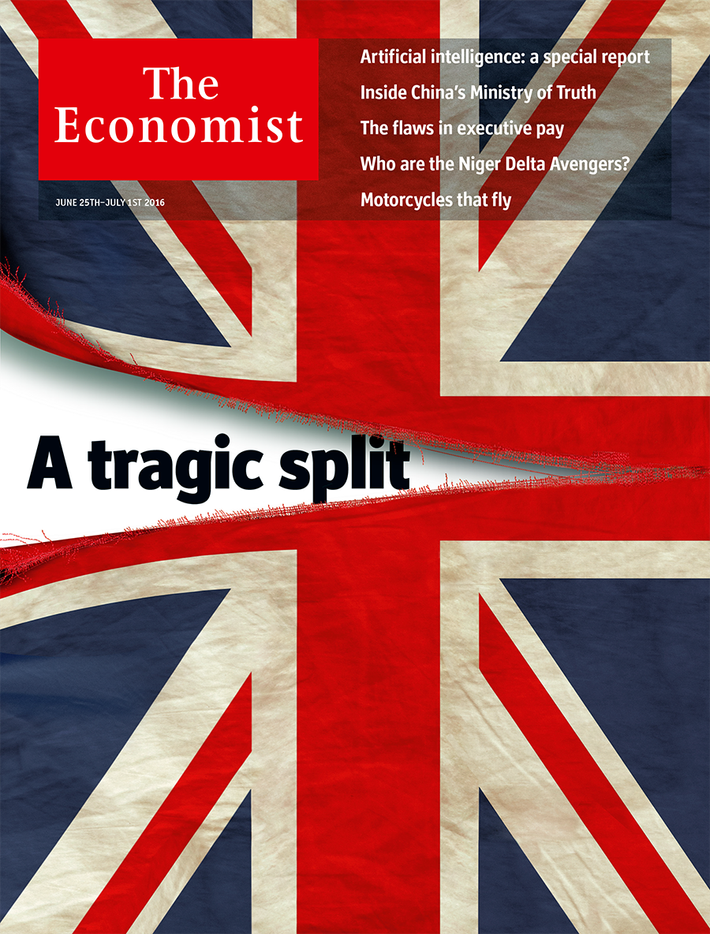 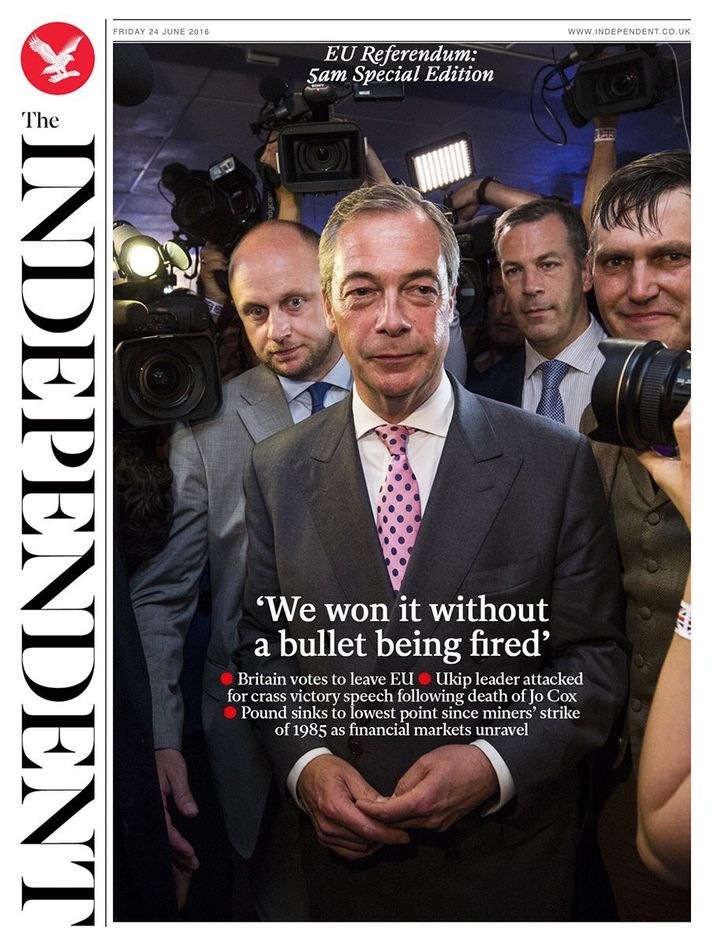 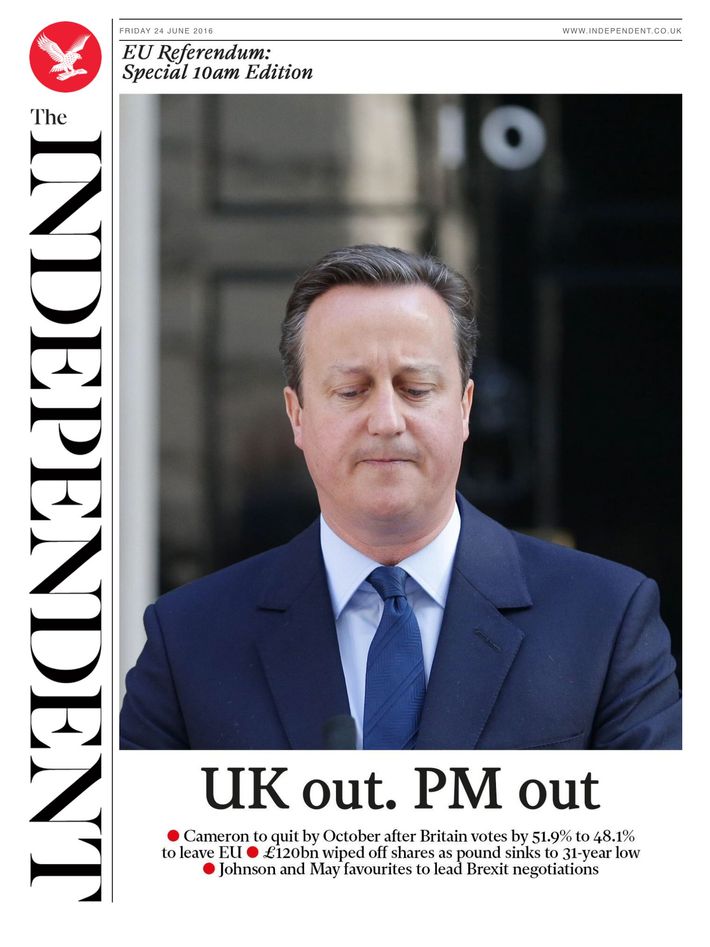 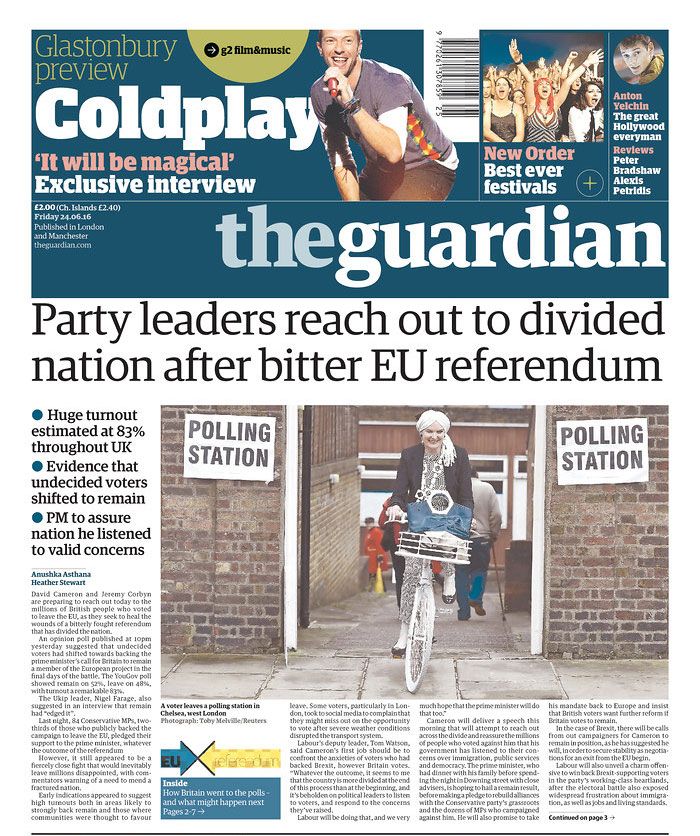 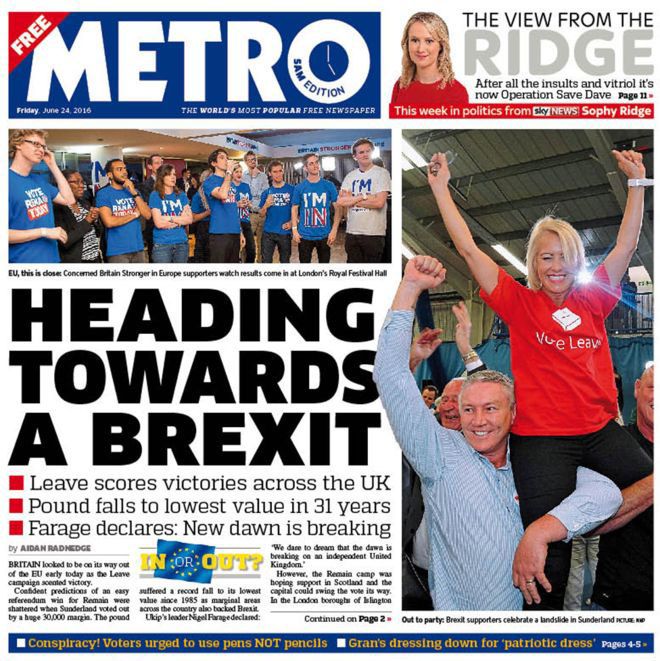 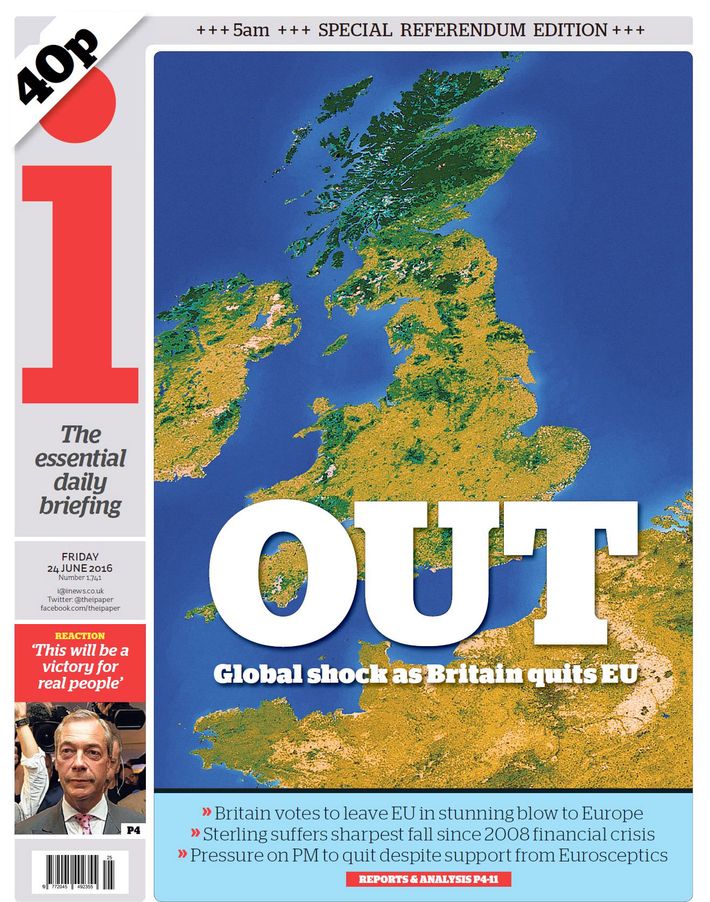 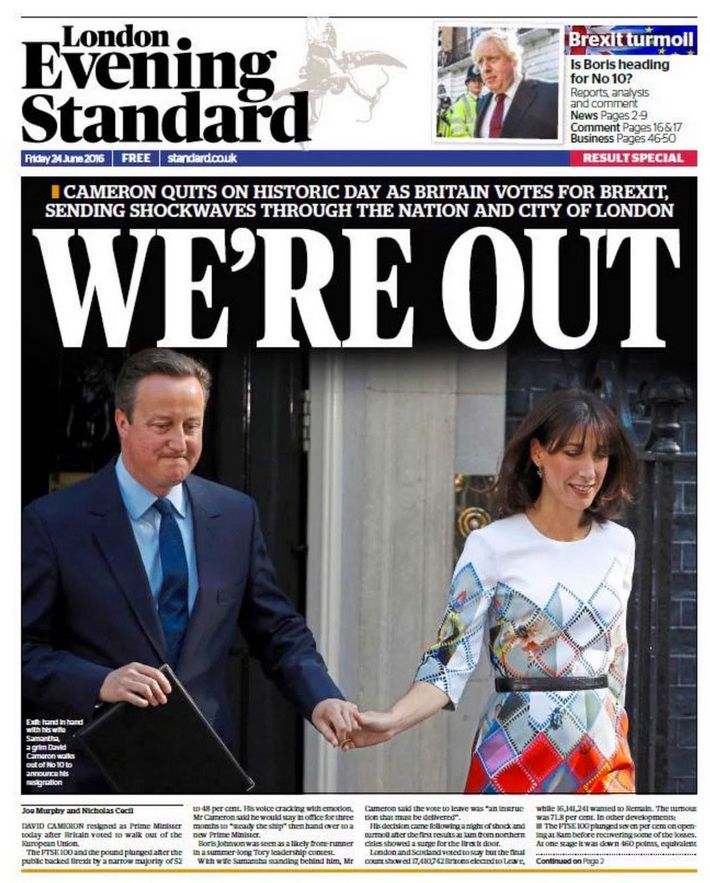 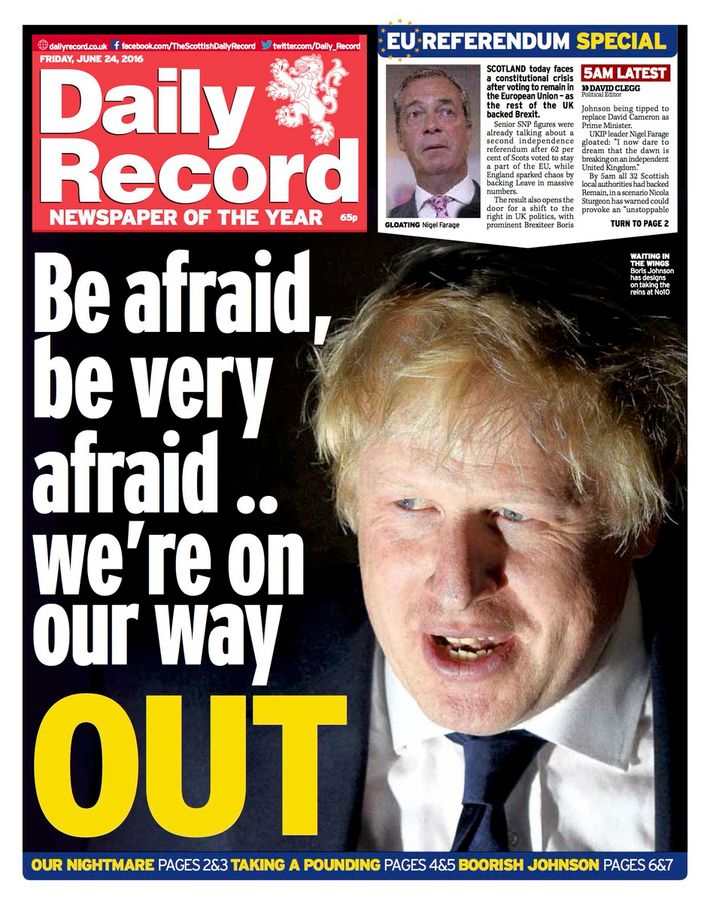 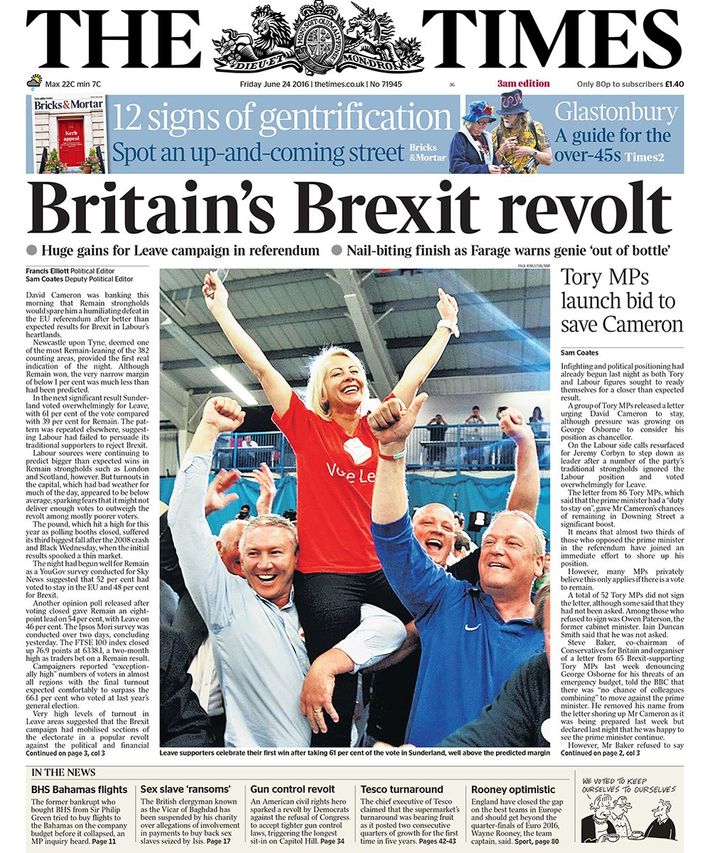 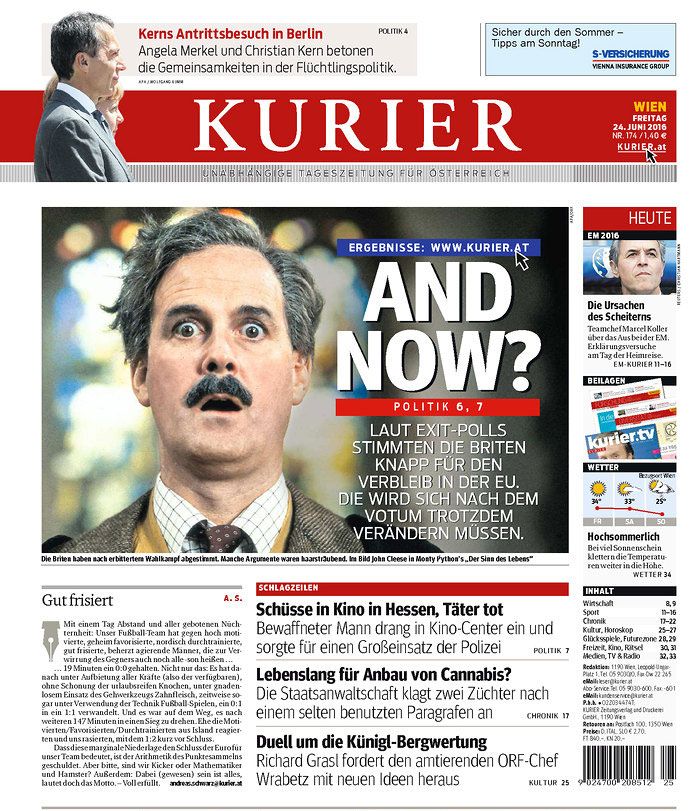 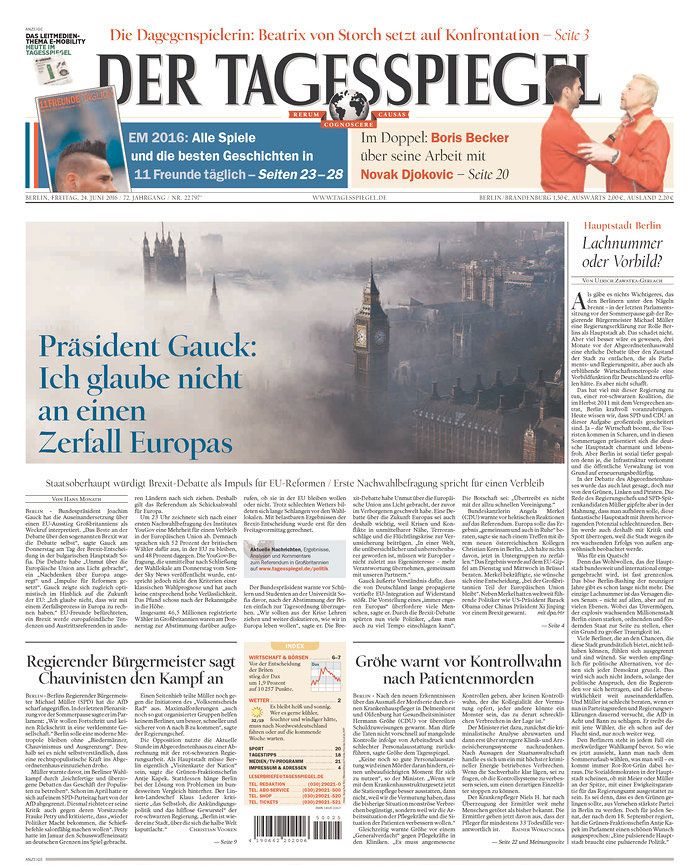 (President Gauck: “I do not believe in a disintegrated Europe.”) 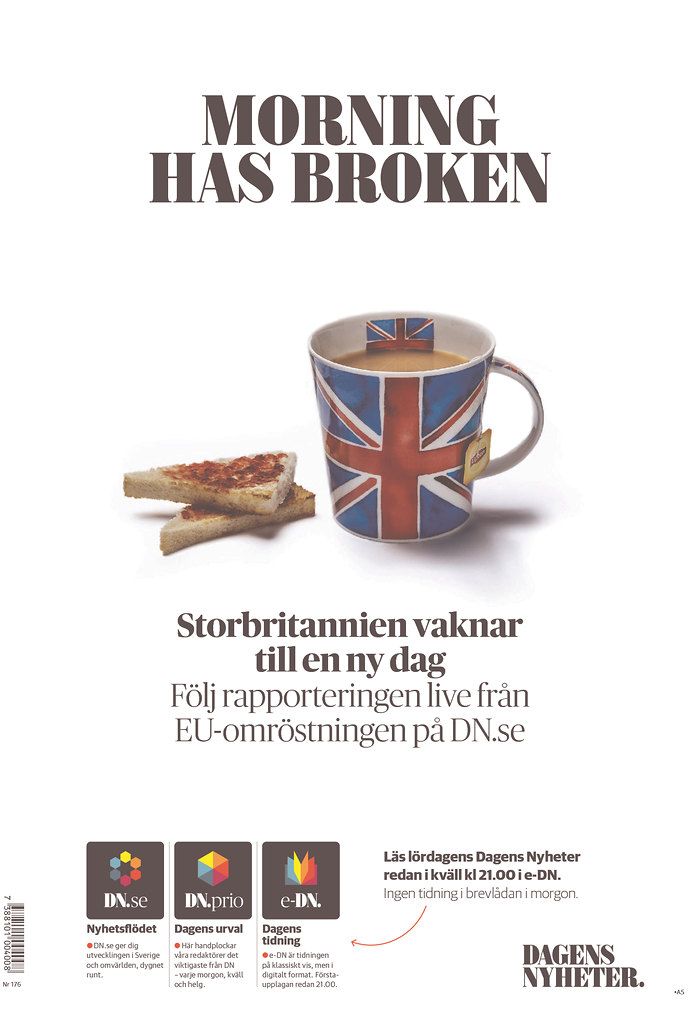 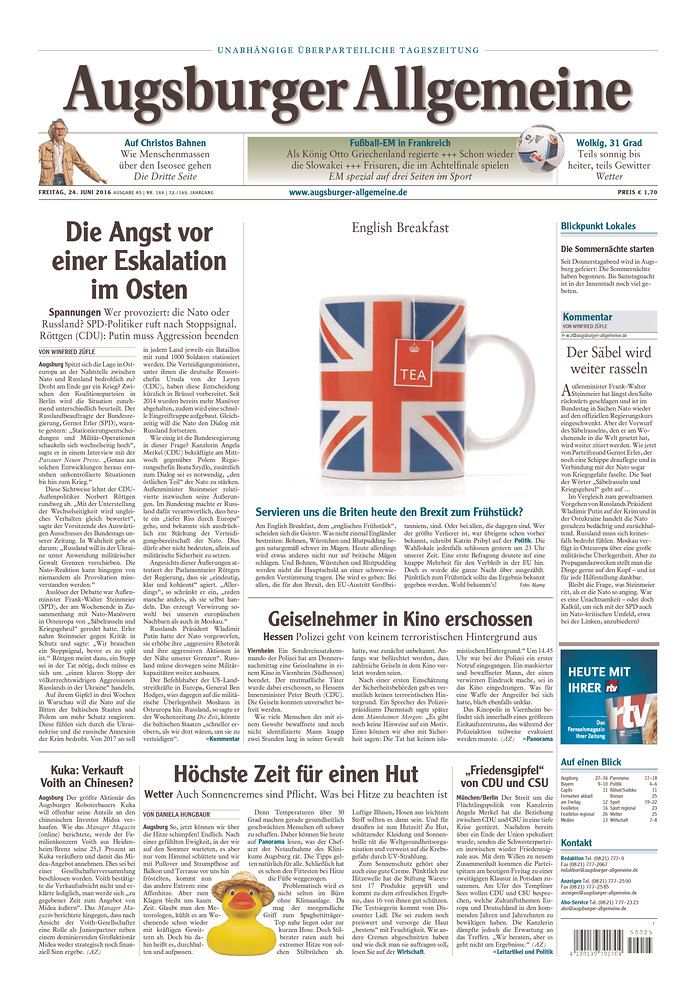 (“Are the Brits serving us Brexit for breakfast today?”) 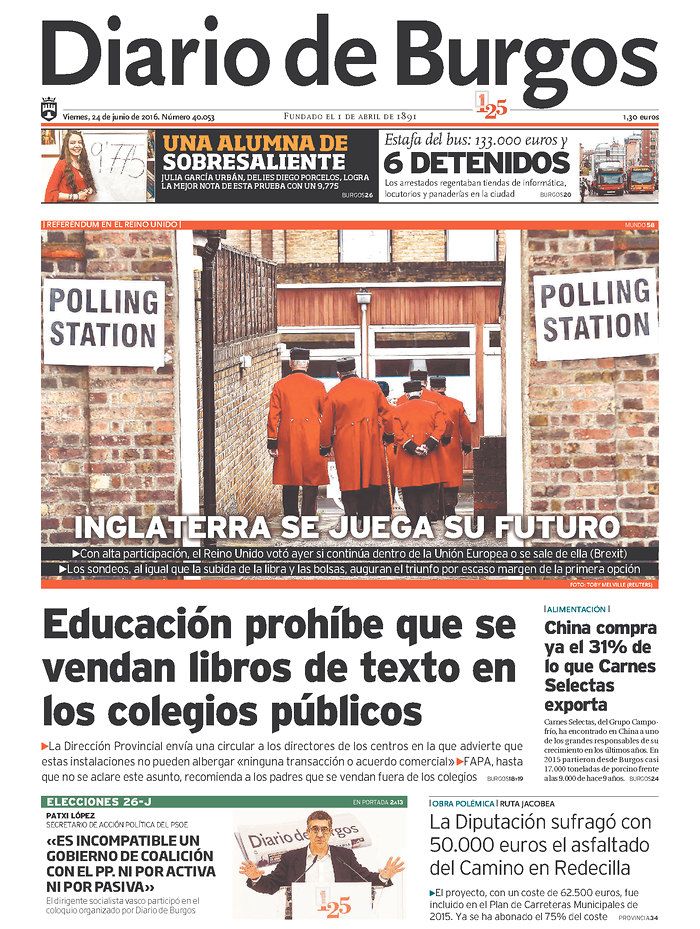 (“England is gambling with its future.”) 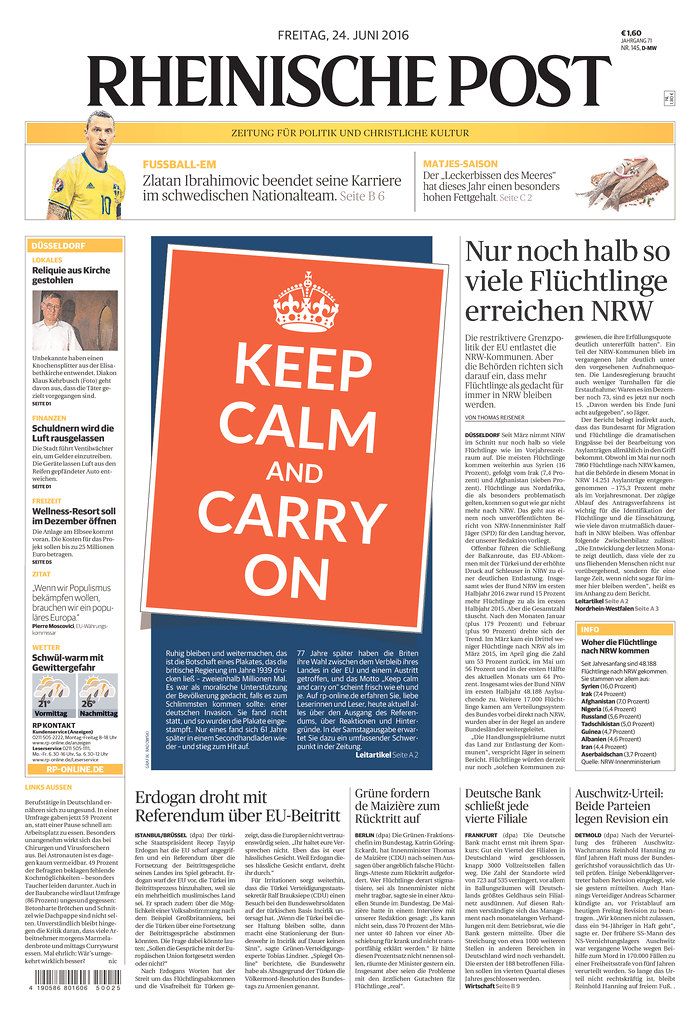 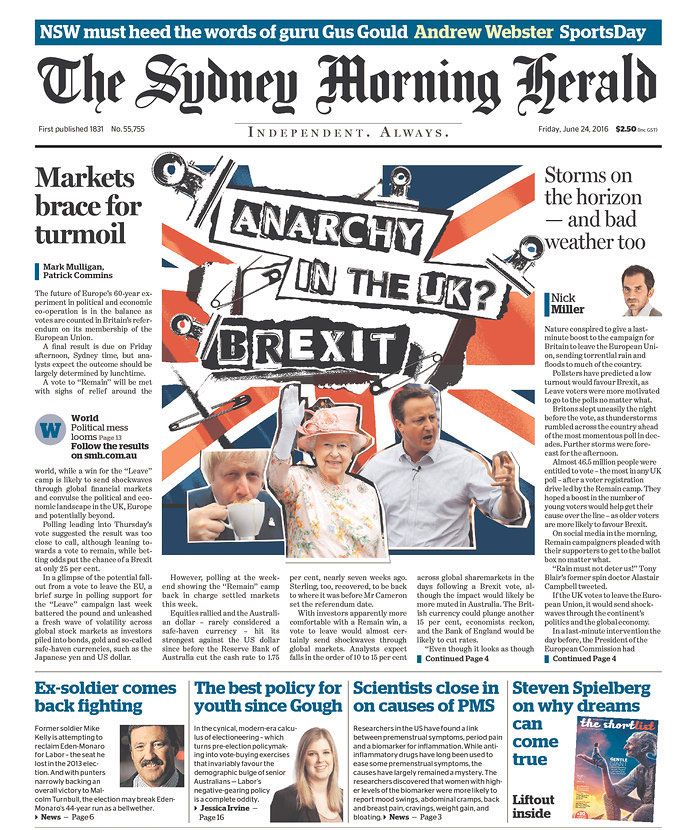 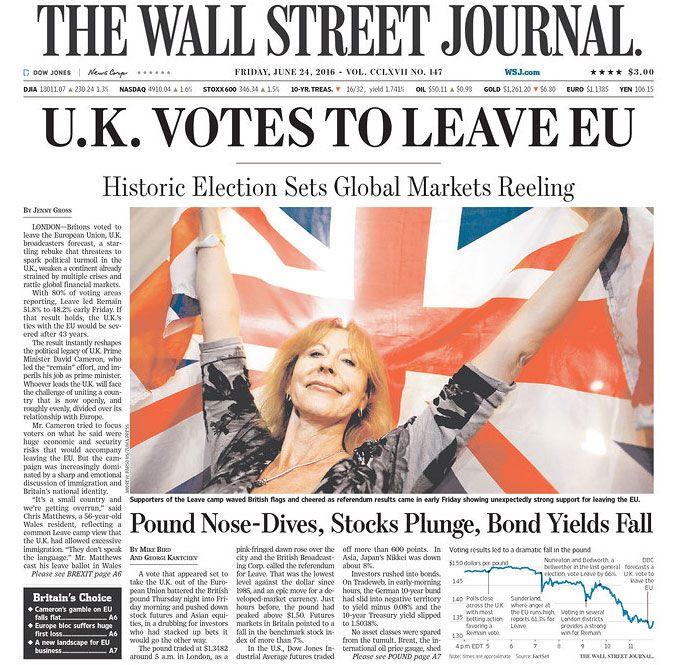 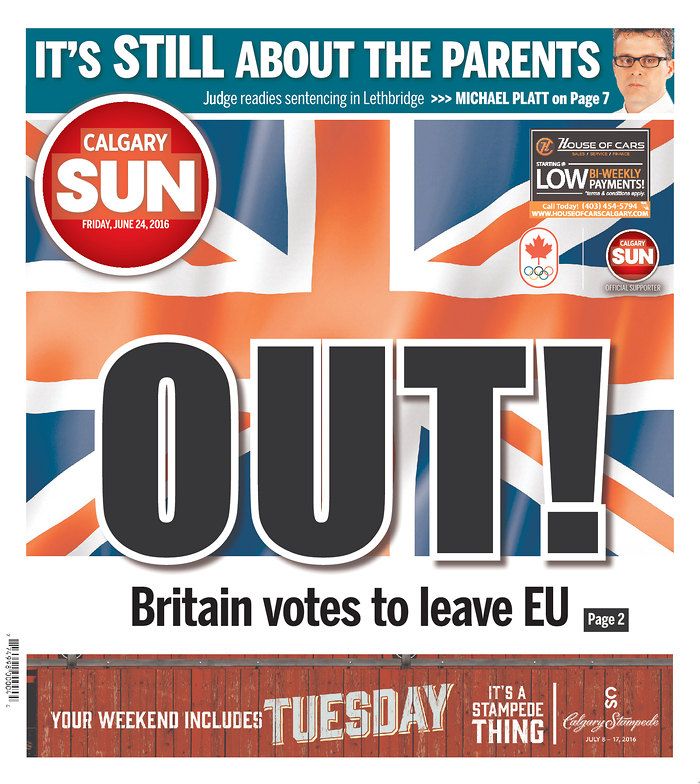 +Comments Leave a Comment
How Britain’s Newspapers Are Covering Brexit