One simultaneously fun and vexing thing about privacy and media in the United States is that, with a few exceptions, you can take pictures of just about anyone or anything in a public place. Spot Beyoncé strolling down the street? You can take a picture. Like the way the sun is hitting the Washington Monument? You can take a picture. Notice a balding man standing over a street grate in Philadelphia with shorts billowing and shirt unbuttoned? You can take a picture, which is exactly what many of the city’s residents have done over the past several years. 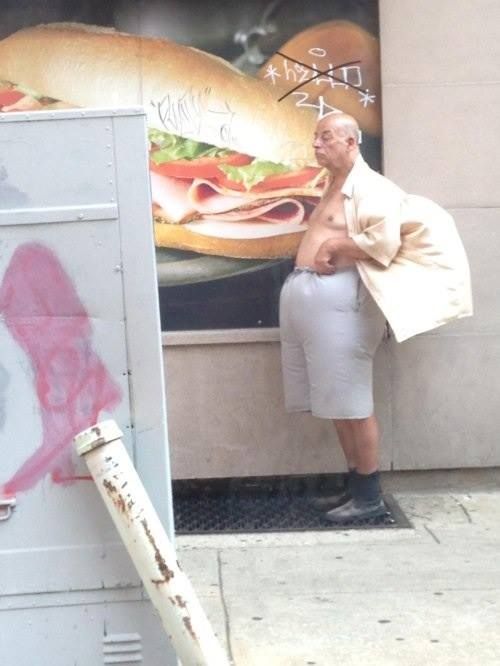 It all started on Reddit’s /r/pics subreddit when a Redditor shared a photo of the man, rocking an excellently patterned shirt and looking like a male Marilyn Monroe. It wasn’t long before other users started sharing photos of the same man, standing in the exact same position and wearing the same shirt-shorts combo. “He does this every day. He’s well known in Philly …being a Philly resident, I’m not in the least surprised a ton of people have pics. He hands out Jesus pamphlets and is very nice,” one Redditor commented. Someone found the man in a Google Earth still from 2014. And today, another person set up a livestream camera filing the man’s traditional spot, first noted by Motherboard (He was only visible for a few minutes, but the stream is still live.) 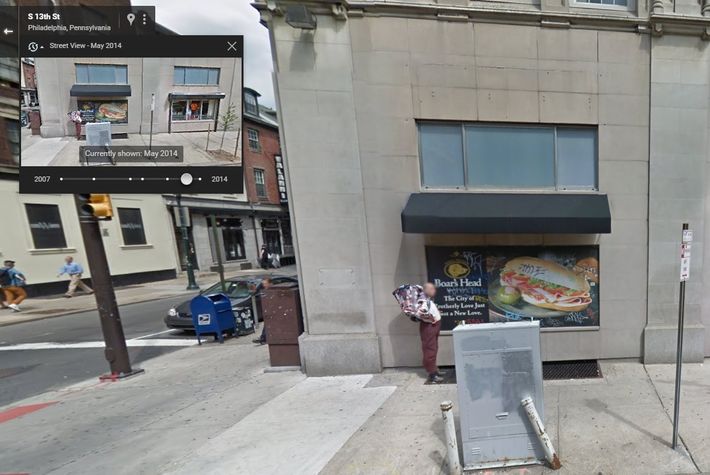 Surprisingly, the comments in the Reddit thread regarding the photos and the video are relatively friendly as far as Reddit comments go. (If you don’t know what I’m talking about here, consider yourself lucky. People are gross and terrible.) People are calling the man a “legend” and a “hero” and declaring he needs to star in his own documentary. But Motherboard’s Jason Koebler has a slightly different take.

Taking photos of people doing weird things isn’t anything new or particularly problematic, and I’m even willing to buy the argument that in 2016, it’s fine to post these pictures on social media. But simply put, making him the subject of a surreptitious live video stream is fucking creepy.

Koebler’s fears are understandable. But the thing is, the potential that a photo of you will be taken without your knowledge and posted online isn’t a 2016 invention. It’s something that we’ve long since accepted Sanyo released the first camera phone in the United States and everyone’s mother went into a tizzy about sexting and privacy. Something most people have, over a decade, come to accept as if a-okay. (Or at the very least, as a likelihood anytime you are out and about and looking notable.) This “surreptitious live video stream” is just a natural progression from still images in funny tweets and Facebook posts.

To be fair, somebody probably should tell the street-grate man he’s becoming a web celeb, but not for legal reasons. But rather, as one Redditor put it, because he’s “the next internet meme in the making.”