Two decades into the bonkers experiment known as the World Wide Web, regular users have come to accept the fact that the internet is nasty. Even the most well-intentioned conversations on social media can (and usually do) take a hairpin turn into insults, trolling, and harassment. One of the primary rules for a halfway-decent web-surfing experience is to “never read the comments.” It’s generally assumed that you can’t have a large presence online without attracting the worst of the web.

But it doesn’t have to be this way. There are spaces on the web which have, against all odds, constructed large, pure, and kind communities. It might sound impossible, but there is a community out there, with a staggering 1.4 million members, that is entirely free of invective and vitriol. A light in the darkness. A rapturous joy. I am talking about the Old Friends Senior Dog Sanctuary, the only pure spot on the web.

Four years ago, a half hour from Nashville in Mount Juliet, Tennessee, Zina Goodin and her husband, Michael, established the Old Friends Senior Dog Sanctuary as a way to take care of aging dogs. “Once we bring a dog into our program they’re with us for life,” Zina says. “and we make sure they stay in loving homes and among family members until they pass away. We also keep about 60 dogs with us here at the sanctuary,” a sprawling five acres.

Along with the sanctuary’s establishment, Zina set up a Facebook page, which is perfect in every single way. I have seen nothing like it in all of my time on social media. A community of more than a million people, who just compliment, and share pictures of, dogs. Every single photo posted to the page gets hundreds of comments and thousands of likes. It is only positive vibes about flawless creatures, like Leo here. 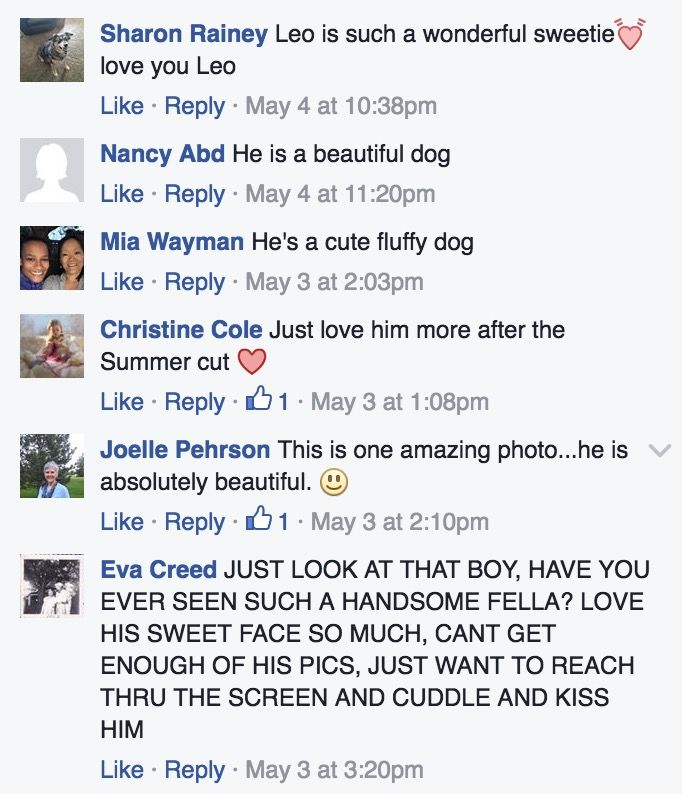 “I thought that I could tell good stories about senior dogs and the dogs that went through our program, to show people that senior dogs weren’t just old dogs waiting to die.” Zina recalled. “They were able to have a good life, have fun, be family members and really benefit the family they lived with.” Zina does almost all of the Facebook posting, and for the most part, her strategy has remained consistent over the last four years.

Commenters “have their favorite dogs here that get posted. We have some real rock stars that people follow. And we create kind of a soap opera, we tell the stories of each of the dogs so people can follow their lives without actually being here.”

And let me be clear, people love these dogs. Every picture is a gift, as are the comments below them, in which people talk to the dogs as if they know them intimately. 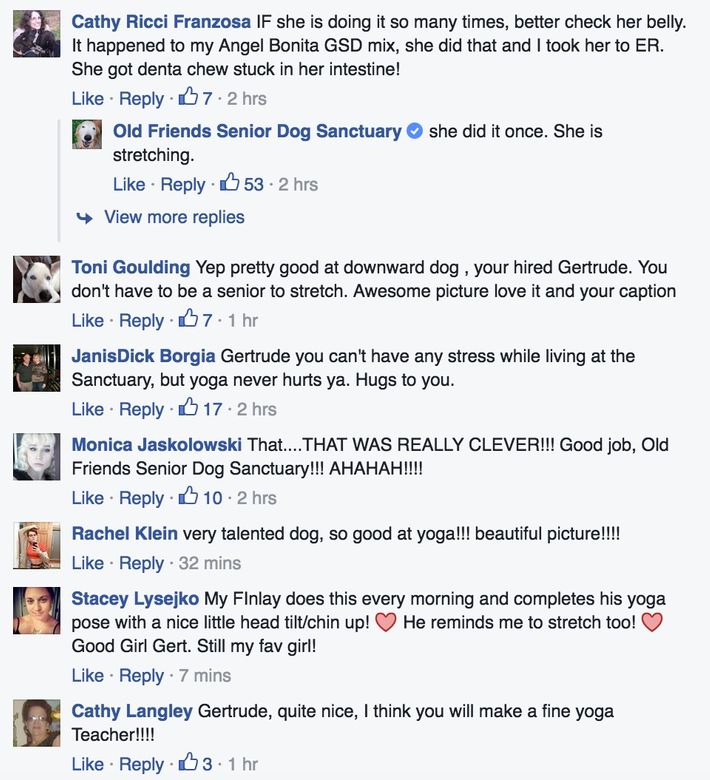 Bennie’s got quite a few fans. 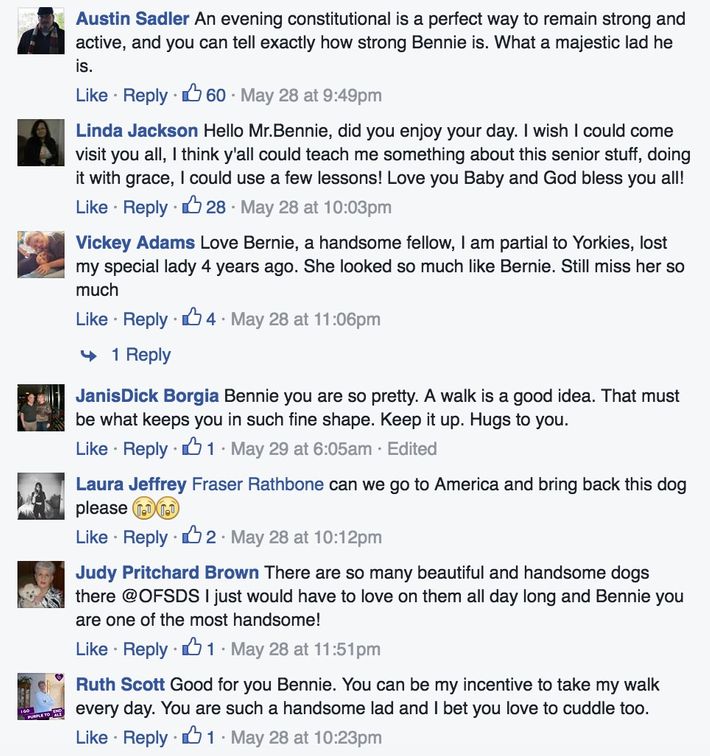 “I hit my first 50 likes and I was freaking out,” Zina recalled. “I thought that was the greatest thing ever. We kinda poked along for the first year. I think we hit 500 that fall, and then by the end we might’ve been to a couple thousand likes.” Then, in 2014, Old Friends started seeing its largest jumps, and for the past year or so, the page’s following has been going up around one percent every week, which is a significant, consistent gain given its audience size.

Facebook allows users to pay in order to “boost” posts, increasing the likelihood that they’ll appear in a user’s news feed. Zina says that Old Friends has only ever boosted posts meant to sell merchandise in order to raise funds — the facility is a 501(c)(3) nonprofit. The interactions on the usual dog photos, however, are all organic.

Part of the reason people keep coming back to Old Friends is that — there’s no other way to put this — an honest-to-god internet fandom has developed around the dogs. After a BuzzFeed post celebrating Old Friends this past January, even Tumblr took up the reins in its own oddball way.

This post has nearly 90,000 notes (interactions such as likes and re-blogs) on it.

Zina rattles off a few of the leading canines:

Leo’s our rock star. Everybody knows Leo, I think. Mildred, she’s a pug who’s running for president. She was a one-eyed pug, now she’s a no-eyed pug, but that doesn’t really bother her. Gertrude has her following. Leila has some folks that follow her. … Captain Ron’s very popular. Spumoni.

That Old Friends has managed to scale and maintain what can only be described as purity is a testament to Zina’s social-media skill and perseverance, the power of dogs, and the innate kindness of people. Amidst private messages about senior dog rescue and animal care, or information about the facility, the inbox also fills with messages like, “I love Leo, please give him a hug for me.”

Keeping the Old Friends page positive is, according to Zina, pretty easy work. She doesn’t have to moderate comments heavily, partially because she tries to keep it light. Occasionally, dogs will pass on and obituaries will be posted, but the snapshots of daily life rarely focus on the maladies plaguing these elderly pets.

There is, however, one event that consistently brings out the angry and the grouchy. “There’s never anything negative except when Leo gets a haircut,” Zina says. “They think we should never shave Leo. (Leo disagrees.)”

That’s the beauty of the Old Friends Senior Dogs sanctuary, where the worst thing that could happen is that somebody gets a haircut.

This Dog Sanctuary Is the Last Pure Place Online