On Tuesday, Snapchat finally announced a few of the anticipated changes to its Discover feature, the part of the app where 19 publishers, including BuzzFeed, MTV, and Mashable share professionally produced, interactive stories, rather than the usual dog-filtered selfies your friends are snapping you.

Now, instead of having to swipe to the Discover page (a separate page in the Snapchat app where content from publishers lives independent from user-generated content), users will be able see stories from publishers in the feed, along with Live Stories (stories curated by Snapchat) and stories from friends they follow on the app. 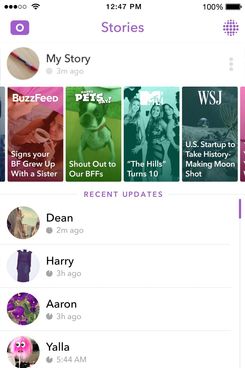 While Live Stories and publisher content were previously visbile at the top of user’s feeds, starting today, they will look very different. Publishers’ stories will now include a picture and headline or caption to entice viewers to tap and watch. And if you’re a loyal follower of any one publisher, you’ll be able to subscribe to their stories, which will then also appear in your feed wedged in beneath stories from your real friends. (Not that media companies aren’t your real friends. They are.) To subscribe, press and hold on a story and tap the “subscribe” pop-up.

Snapchat’s Discover page isn’t going anywhere, but it’s also getting a makeover. Previously, stories from publishers were hidden behind icons featuring their respective logos. (No offense to The Wall Street Journal, but its gray circle with “WSJ” written on it wasn’t doing them any traffic favors.) Now, stories on the Discover page will also feature images and headlines. (The new look, with its multi-sized vertical boxes, feels a little like news app Flipboard or Instagram’s discover page.) 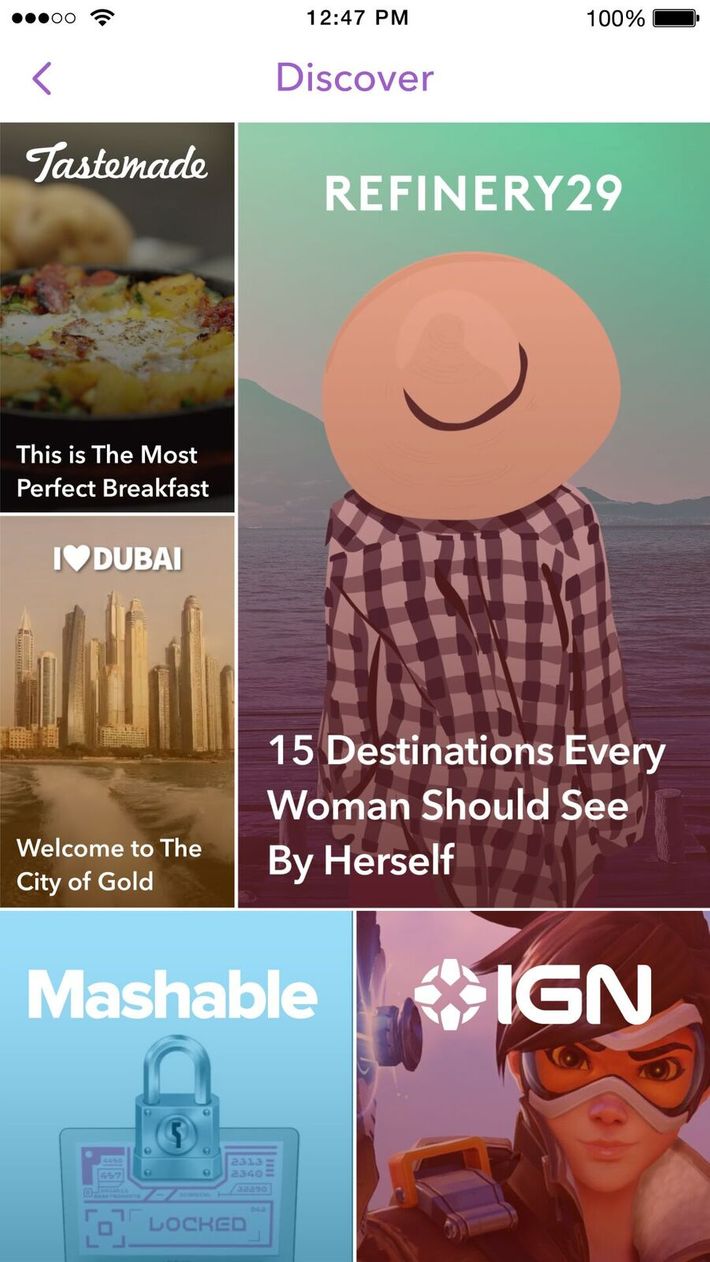 The idea is to create an environment where publishers feel more comfortable. Creating a Snapchat story requires more resources than a regular blog post, and is less versatile (you can’t upload it to Facebook, for example). Publishers will want to ensure they receive a return on their investment — whether in advertising money (of which Snapchat takes half) or just in metrics that look good in PowerPoint decks. Transforming Discover from logo symbols, which say nothing about what you get when you click, to old-fashioned headline-photo combos will certainly drive up numbers. Lists and other engagement-driving headlines and packages should, too.

If today’s changes work to attract more publishers, they could potentially lure the real prize: big advertisers who’d rather work with reliable publishers than sloppy (and potentially controversial) user-generated content. But Snapchat still has to get people to watch. A heavy user of the app myself, I can count on one hand the number of publisher stories I’ve watched and remembered. (Actually, I can count on one finger. My younger sister made a cameo on a Cosmopolitan story once and my mother made me watch it and send her a screen shot.) The most engaging Snapchat stuff is compellingly amateurish, not slickly produced. The couple whose romance played out over Snapchat at the University of Wisconsin was cute, but when another couple did the exact same thing at Utah State a few weeks later, it felt forced and stiff. If you trust The Wall Street Journal and Vox to produce videos as compelling as the ones featuring your friends, the changes to Discover are great news, for you and for Snapchat’s long-term future.

Update: This post originally stated that publisher content lived exclusively on Snapchat’s Discover section before the app update. It was also previously visible at the top of users’ feeds and we have updated the post to reflect this.