The grizzled Spider-Men and Batmen and Hello Kitties descended on Times Square Thursday morning to find a part of their habitat painted over with brightly colored boxes. This is the future order of Times Square, where costumed performers will be sequestered in special “activity zones.” The city will also establish “chill zones” where people can hang out undisturbed, if such a thing is possible in the Crossroads of the World.

The city will also create pedestrian zones — a fast track for people who find themselves in Times Square and immediately want to get the hell out. All of these new regulations stem from a push to regulate the performers and topless desnudas who have gotten a reputation for aggressively panhandling and harassing tourists.

Here’s the map, complete with an abundance of green chill areas — or at least the “Times Square version” of chill, as the key wisely notes. 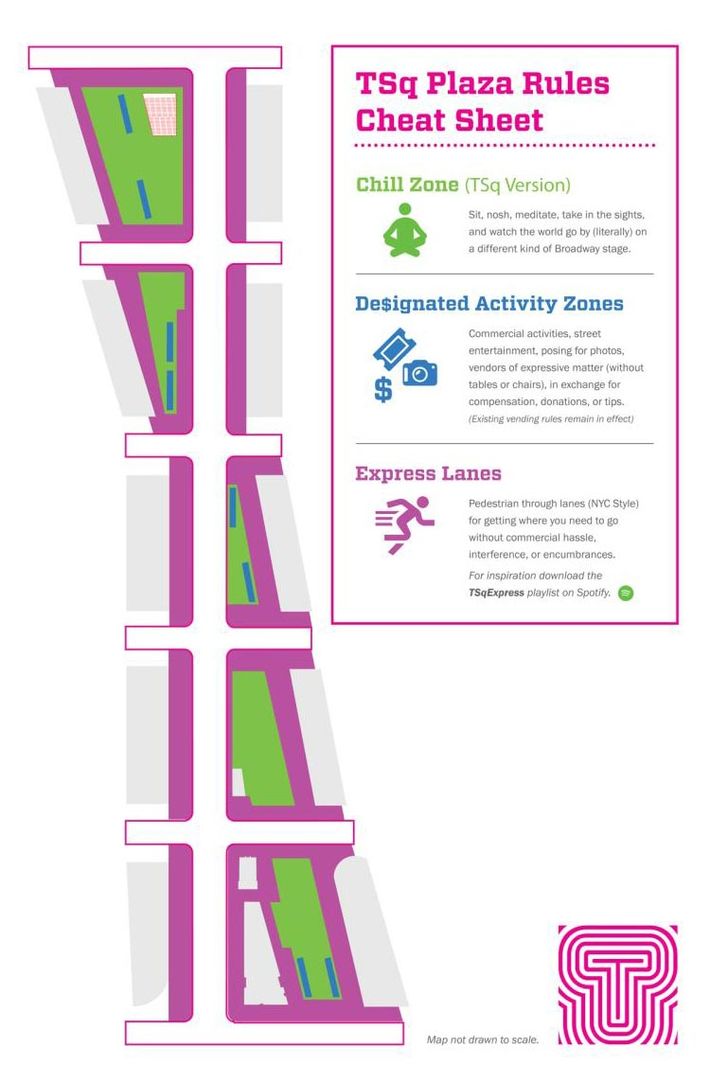 The city will designate eight of these “activity zones” — marked in blue — for performers and ticket-sellers. Inside, characters are free to ask for tips and take pictures and creepily hug tourists. The NYPD says those caught outside the area will first get a civil violation, but serial line-crossers can face criminal charges. Many costumed workers aren’t thrilled about these changes. As Elvis told NBC 4, “I’m not going to be treated like I’m in jail.”

Department of Transportation crews will be working all this week and will eventually transform the entire stretch between West 42nd and 47th streets. The new laws of the pedestrian-plaza land will go into effect June 21.