This morning, WikiLeaks released a searchable archive of more than 19,000 emails from the Democratic National Committee. Who knows what sort of skeletons and untold secrets are lurking in the digital inboxes of of the DNC?

There’s all sorts of political infighting happening in these archives. According to the Intercept, emails appear to point to certain officials considering using Bernie Sanders’s Jewishness as a tool against him.

And also, one person told another person to “eat my butt.” 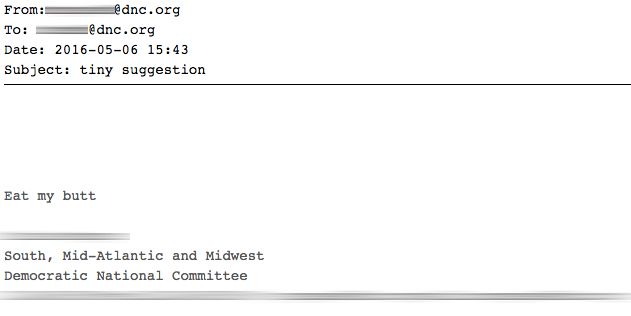 In a follow-up, the person told to eat butt appears to yell at a third party named Clayton, cc:’d. 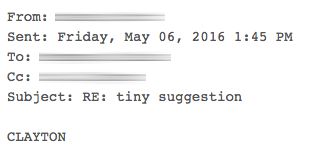 In the third part of this captivating trilogy, the initial account that suggested “eat my butt” replies, “Gross.” 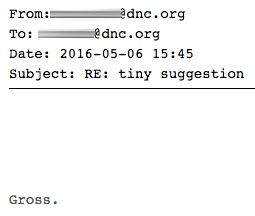 Presumably, the first message was sent from the original account as a prank by the Clayton mentioned in the second message. We’ve reached out to all parties involved about this five-word whirlwind, and will update if we hear back.