Last night amidst the cheering and the booing and the speeches and the general revelry at the DNC, Barack Obama and Hillary Clinton shared an intimate moment on stage. The pair embraced following Obama’s speech as “Signed, Sealed, Delivered” played in the background. It was a lovely moment. Just look at the joy on their little Democrat faces.

Of course, the internet being the internet it couldn’t just leave the image of the current president and potential future president hugging well enough alone. Instead, Redditors descended on the photo, using it as a subject for a Photoshop battle. (Users edit an image and vote on which is best, until a winner is declared or the pictures get so weird and uncomfortable people just give up.) 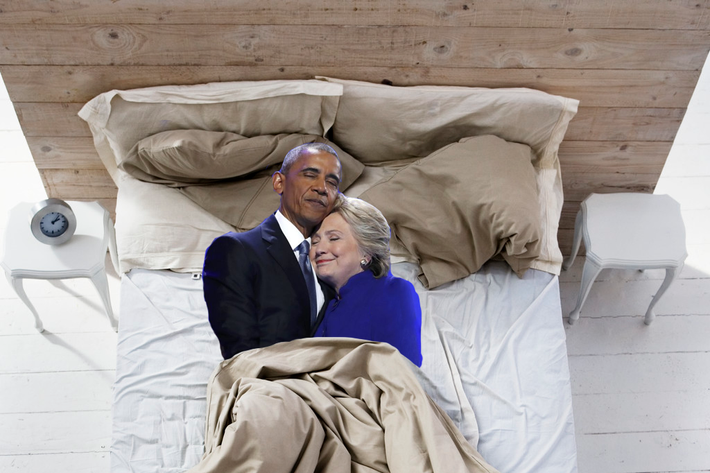 Some of the better edits are more subtle, like this high-school prom scene. 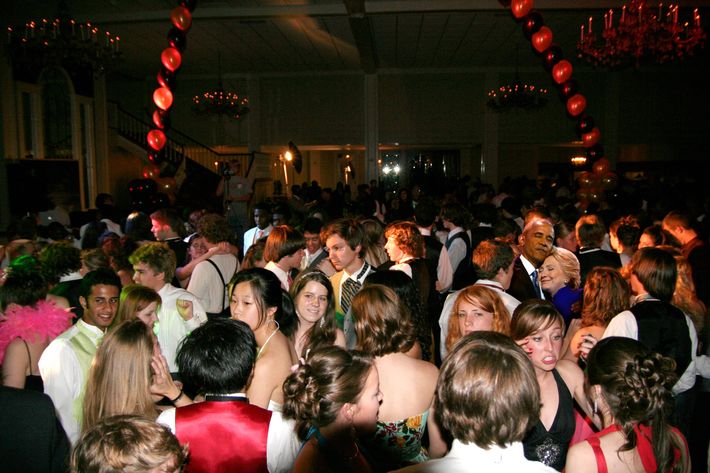 Or this handsy Obama. 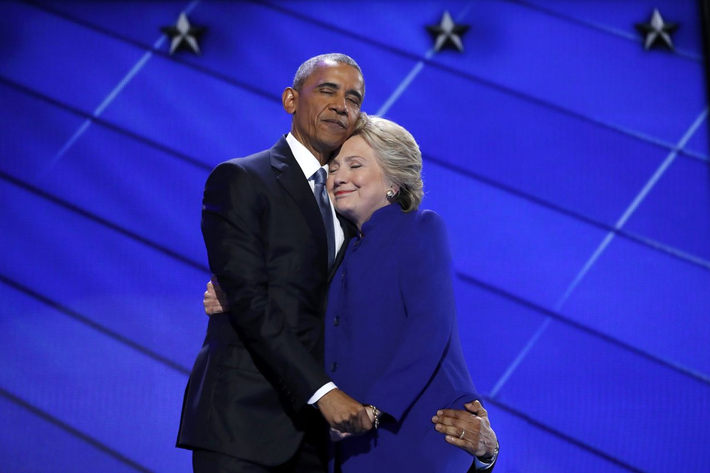 While others were, um, let’s just say, not subtle. 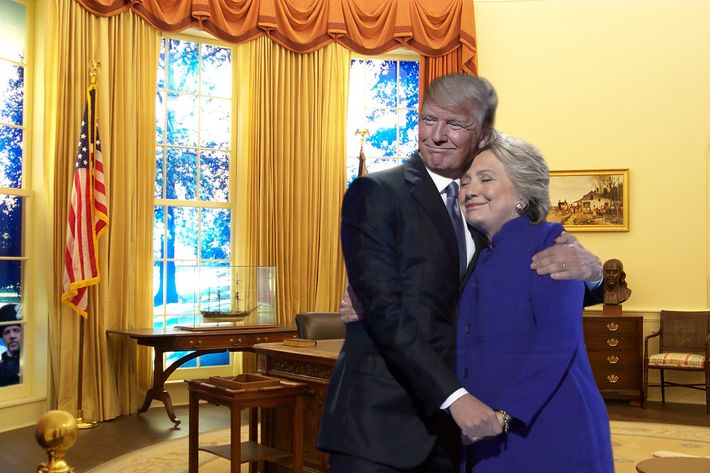 This one gets slightly weird when you notice the hand wrapped around littler Hillary is still Barack Obama’s. 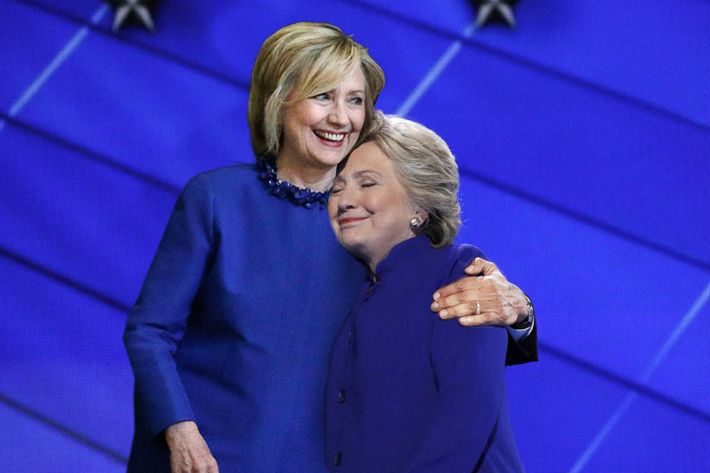 And in the end, Redditors came to the only logical conclusion for the photo. 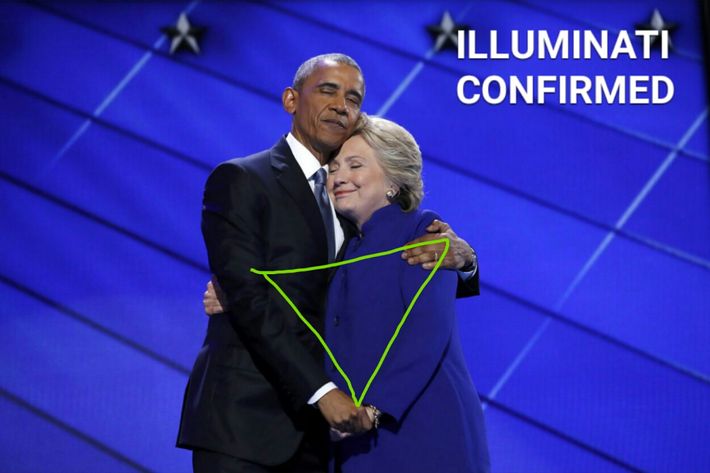 THE FEED
4 mins ago
the system
the system
Tyre Nichols and the End of Police Reform
By Zak Cheney-Rice
His death is evidence that cosmetic change can’t excise the rot of American law enforcement.
9:00 a.m.
fear vs. fun
fear vs. fun
Phone, Keys, Wallet, Test Strip
By Kyra Breslin
Checking for fentanyl is becoming a necessary ritual of nightlife.
8:14 a.m.
what we know
what we know
Videos Show Police Brutally Beating Tyre Nichols: Updates
By Chas Danner
In the horrifying footage released Friday by Memphis authorities, officers can be seen delivering numerous blows to Nichols’s head.