Assuming that the shopping mall near you is still functional and not an abandoned, decrepit memorial to capitalism, you can probably walk inside and find at least one kiosk selling bootleg game systems. You know, the kind that parents accidentally buy their kids for christmas, like the Polystation or eXtreme Box.

This morning, Nintendo made an announcement that could decimate the mall kiosk bootleg-console market, revealing the NES Classic Edition. The tiny box, styled to look like a small version of Nintendo’s first console, comes with 30 preloaded games — Zelda, Mario, Kirby, and Donkey Kong, are all well represented, along with some third-party games — and it connects to your TV via an HDMI port.

If this week has been any indication, Nintendo nostalgia is as potent as it ever was. What makes this new hardware a particularly smart move is its low price point of $60, the same price as one modern console game. For years, Nintendo has been selling its old games for download on its handheld and set-top consoles, like the 3DS and Wii, but that hardware itself costs hundreds of dollars. The company has been reluctant to release its old stuff on other platforms like mobile devices, but a $60 box with 30 classics is a shrewdly priced impulse buy. The system will be out later this fall. 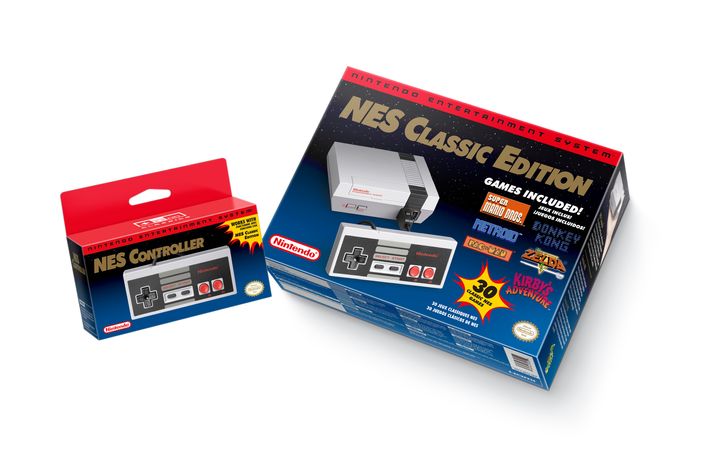 Nintendo Announces a New Version of the NES