While most New Yorkers have been busy running up and down Lexington Avenue trying to catch anything other than a Rattata or a Zubat, one brave artist has decided to focus on what lies beneath the combat power. In the style of Brandon Stanton’s Humans of New York series, David Wardell has been capturing New York’s Pokémon not with Poké balls, but with his camera. “I created Pokémon of New York in an attempt to raise awareness that life in this city can be rough for Pokémon trying to make it on their own,” Wardell told the Daily Dot. “They’ve got dreams, they have families, and above all, they have heart!” 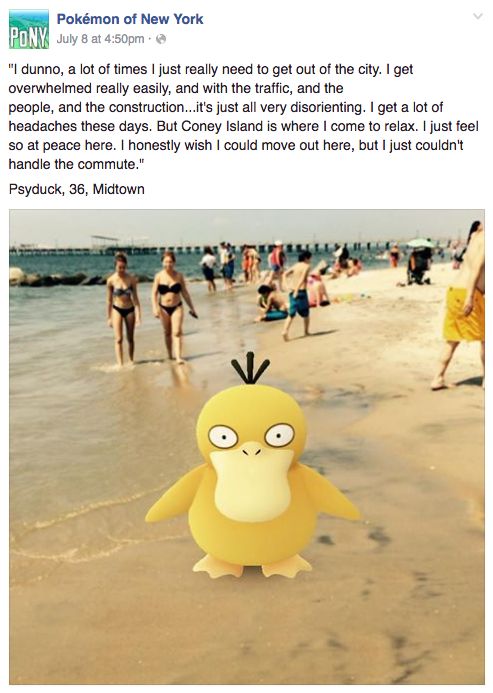 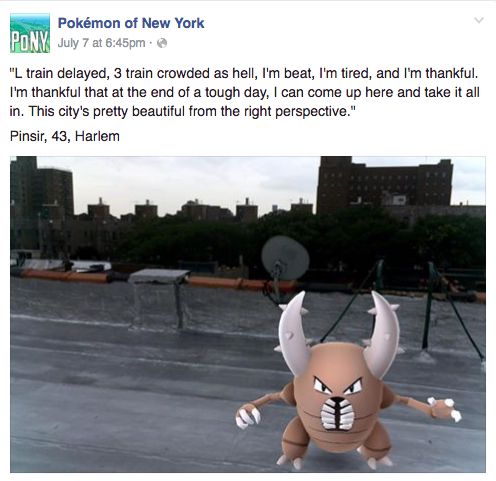 These Pokémon understand what it’s like to work, struggle, and sometimes even succeed in the greatest city in the world. They get it. They live it everyday. And somehow, Wardell gets them to open up about it all just a few moments after meeting them. “They seem less interested with battling and being the very best,” Wardell also told the Daily Dot. “They’re more concerned about survival and leaving this world a better place for their PokéEggs.” 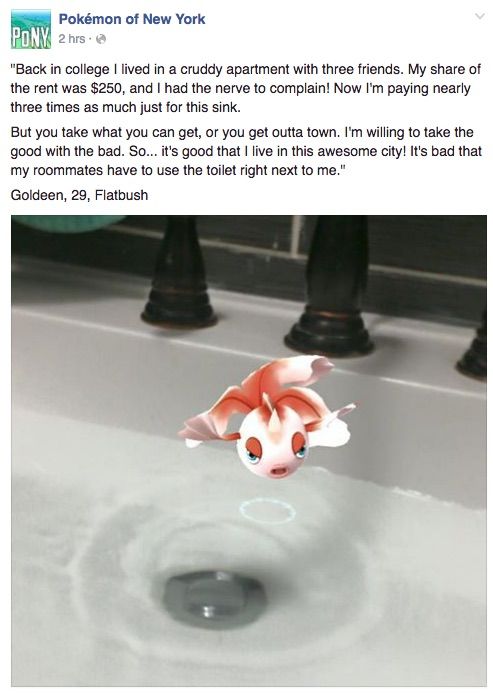 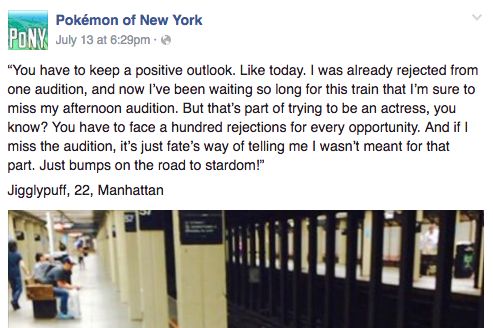 Whether they are getting banned from Uber, declaring which pizza place makes the best New York slice, or taking the train to Coney Island to escape the grind and grit of the city, Pokémon of New York shows there is a lot more to the lives of these pocket monsters than we have been giving them credit for in the week since their augmented reality became our own.

Only a few days after launching, the PONY Facebook page has already jumped to 3,000 followers, and counting. People just can’t seem to get enough of these very real (and totally not made up by a man looking to go viral) stories. You can follow along here and on Tumblr as Wardell tries to catch them all.

Every Pokémon Has a Story